Thank you for your patience while we retrieve your images.

My thanks to filmmaker Simon Madore for using three of my images in the short documentary "Excluded by Design" which features author and activist Dave Meslin and others as they critique the way cities engage with their citizens about major public initiatives. (Click here for Dave Meslin's book about rebuilding democracy.)
This short film was part of Citizen Minutes, a series of short films that were commissioned by Hot Docs and shown at film festivals around Canada.
© Henry VanderSpek / Culture Snap Photography 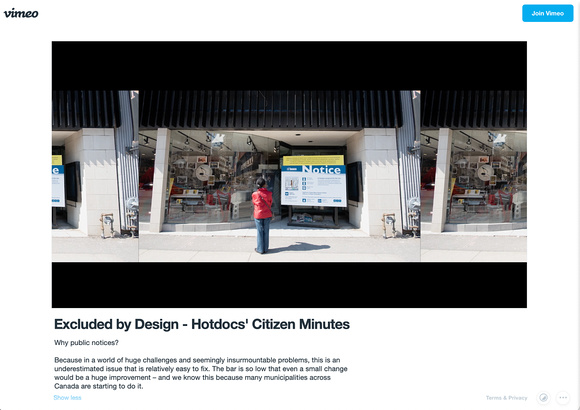