Vision and Purpose: The Inspiring Life of Jamel Shabazz

What does it mean to live a life of vision and purpose? And how does one do so with a camera?

Over the past year I have had two opportunities to encounter someone who has done just that - and inspired many others to do the same - and it has been a real gift. In November 2018 my friend Sammy Younan and I had the privilege of hearing accomplished photographer and humanitarian Jamel Shabazz speak at a joint presentation of Ryerson's Tanenbaum Lecture Series and International Issues Discussion Series.

Jamel Shabazz's work has been published in numerous books and has been exhibited in galleries around the world. In 2018 he was recognized with the Gordon Parks Foundation Award. His photography and his leadership have inspired many. Hence we were quite excited to hear him speak. 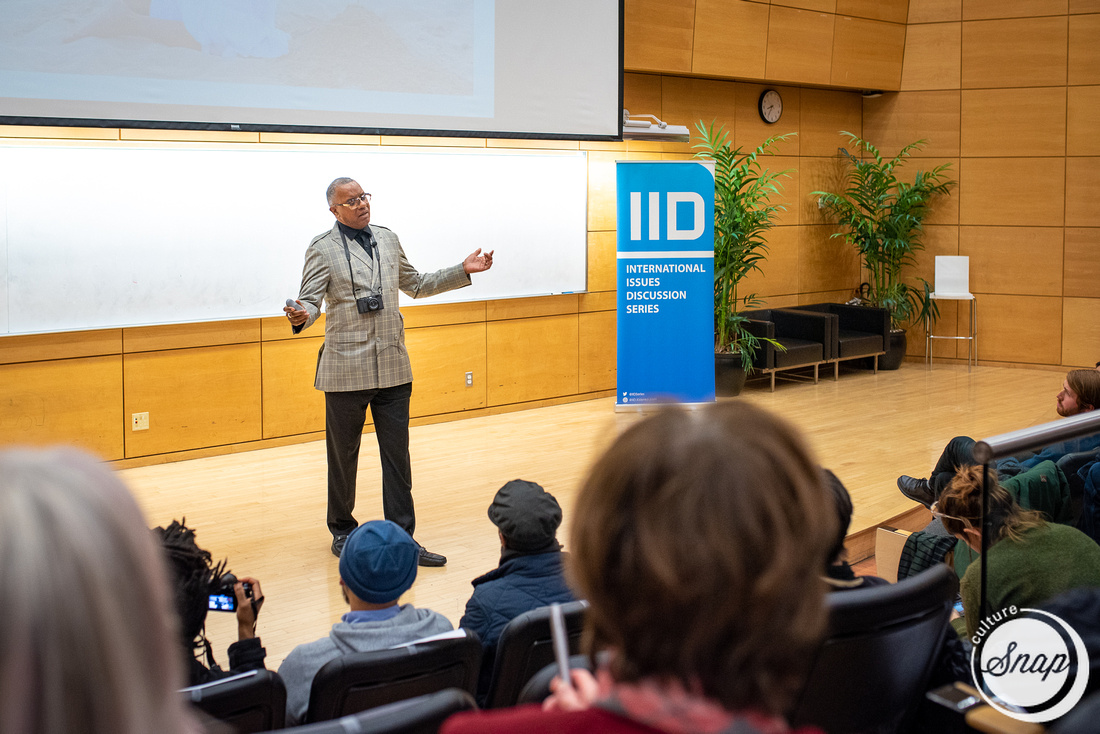 It was a powerful night, with many wise words and inspiring stories shared. You can hear the entire talk by clicking this link. 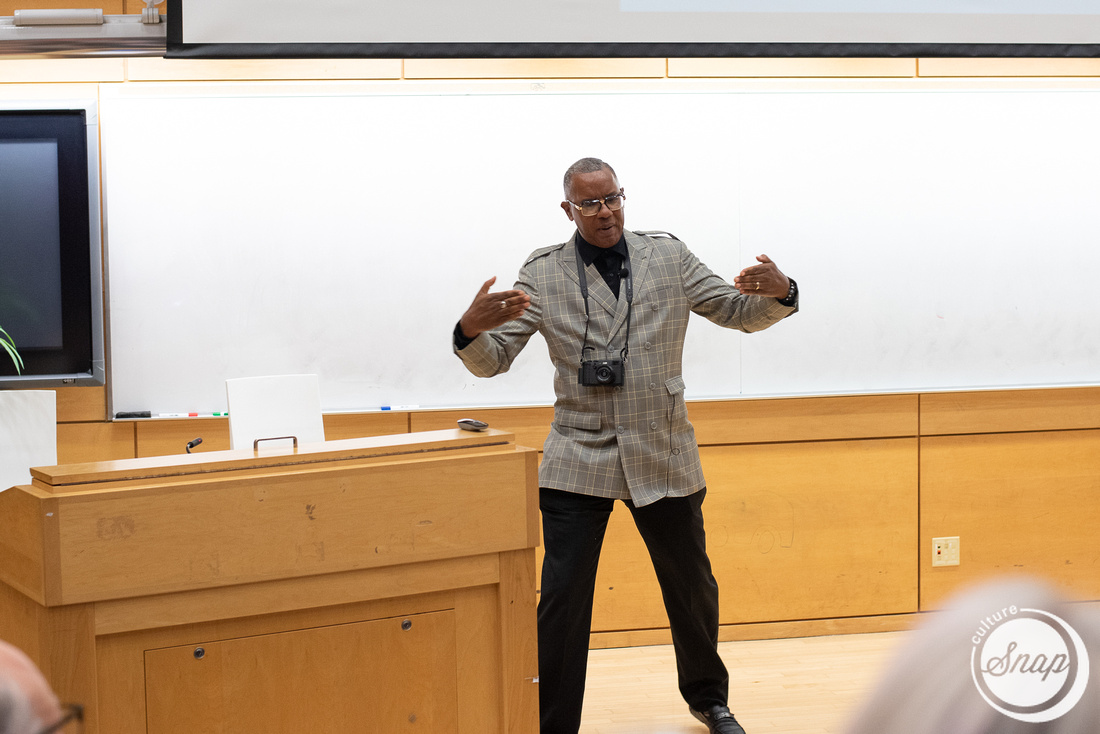 After the talk Mr. Shabazz was very warm and open to greeting all, including my friend Sammy and I. Jamel Shabazz greeting an attendee of his Ryerson Talk 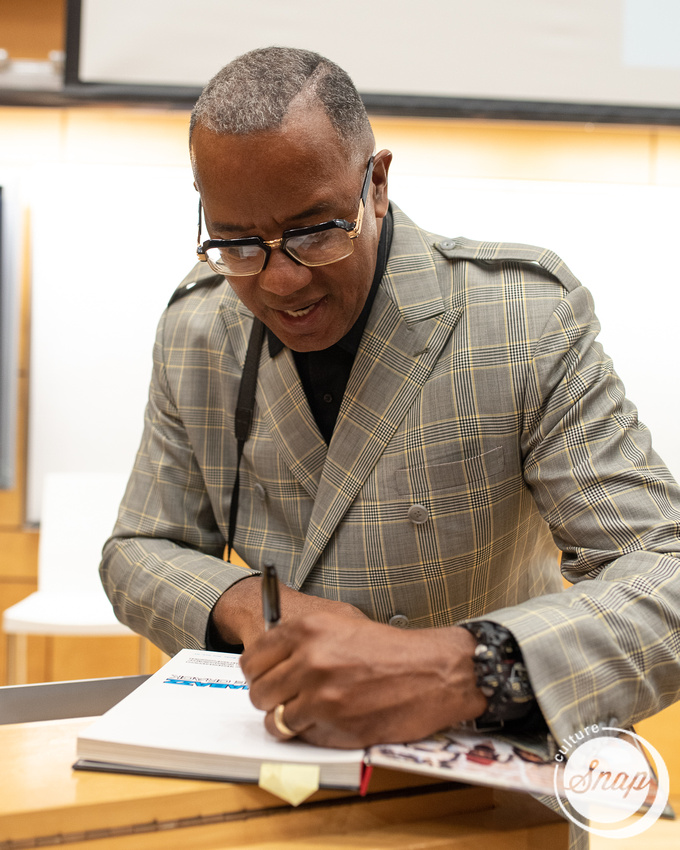 Jamel Shabazz signing one of his books for a fan 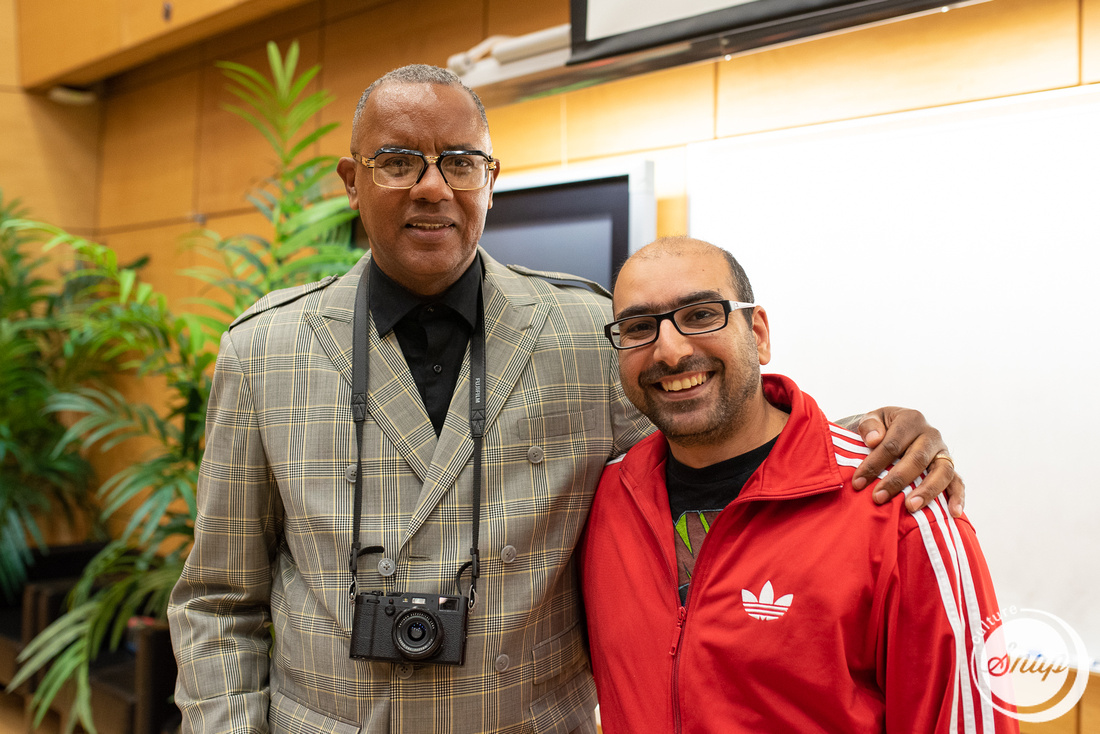 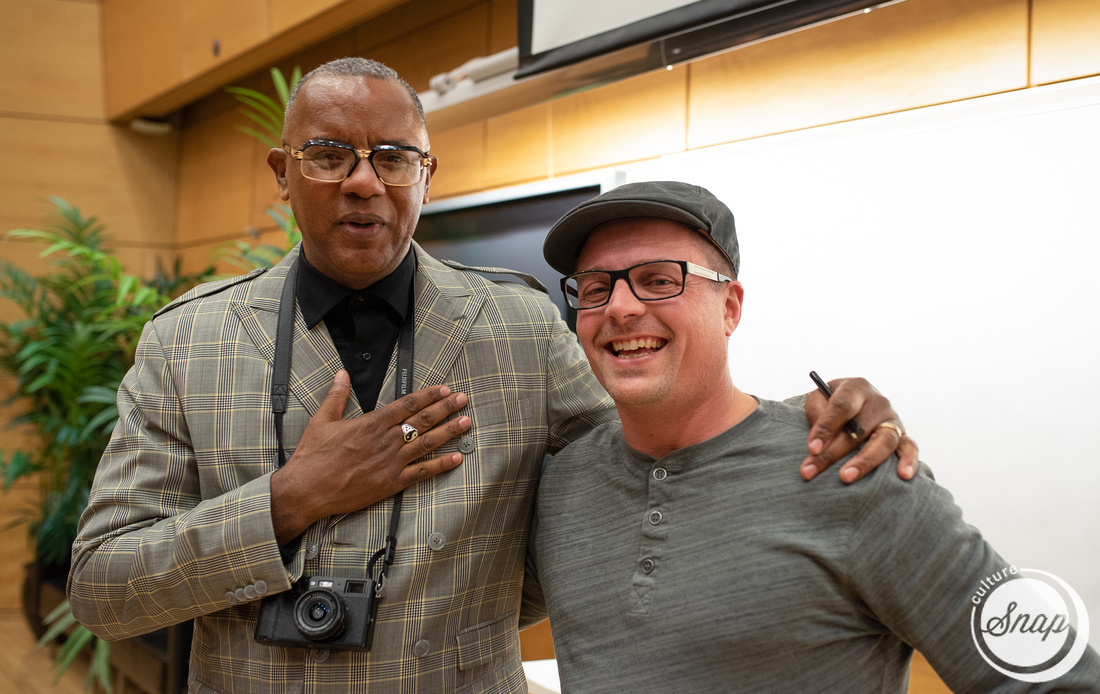 Jamel Shabazz and yours truly

We had a good conversation and Sammy exchanged contact info with Jamel, with the plan to interview him for his podcast show "My Summer Lair" (also available on Apple Podcasts) when we visited New York in 2019. 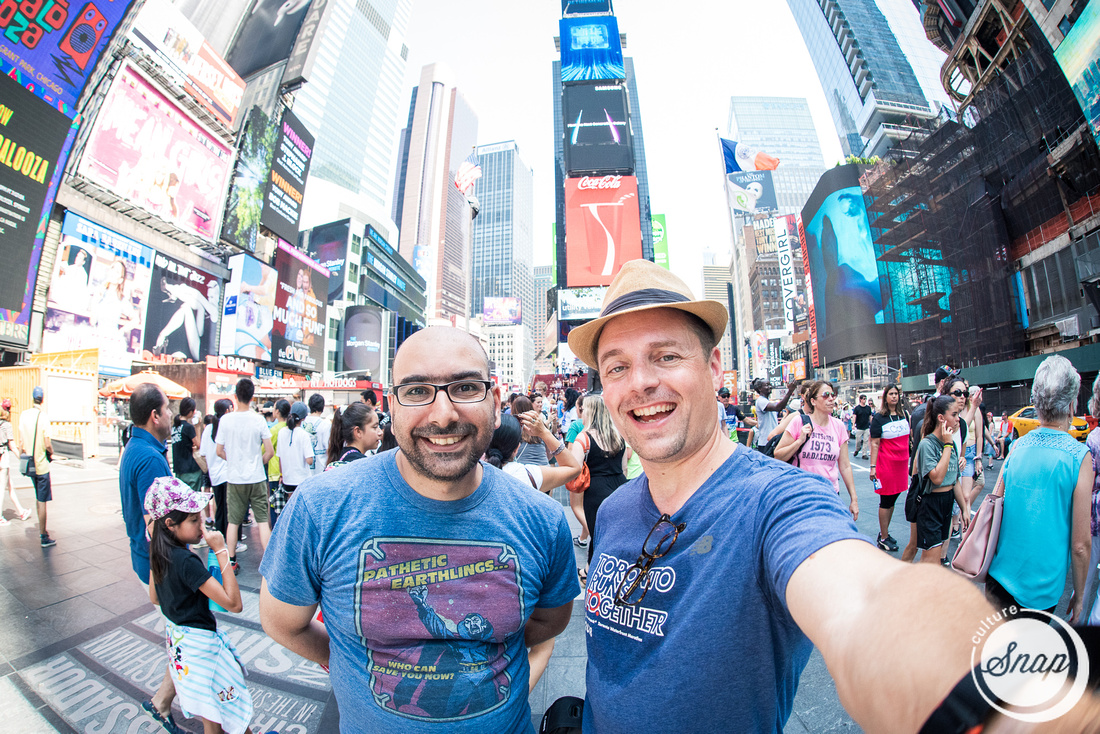 Jumping ahead now to July 2019, when Sammy and I spent a week in New York City. Sammy had arranged to visit Jamel in Long Island, and we took a train ride outside of Manhattan. 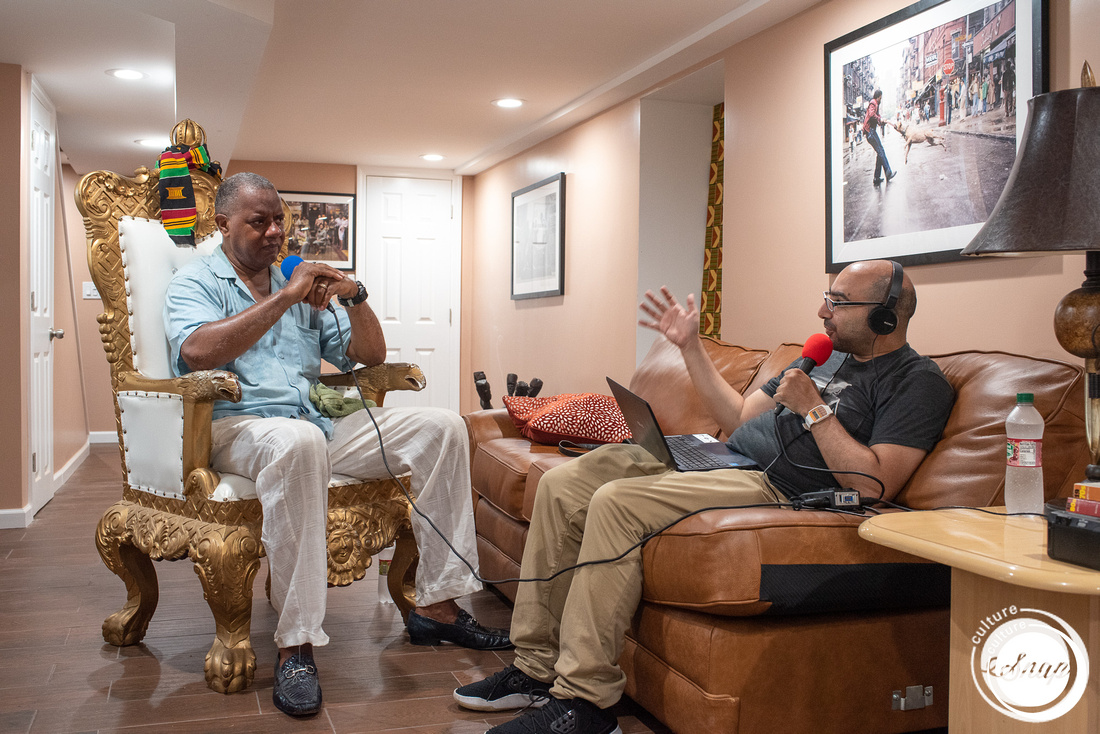 Jamel warmly welcomed us into his home and Sammy set up to interview him. 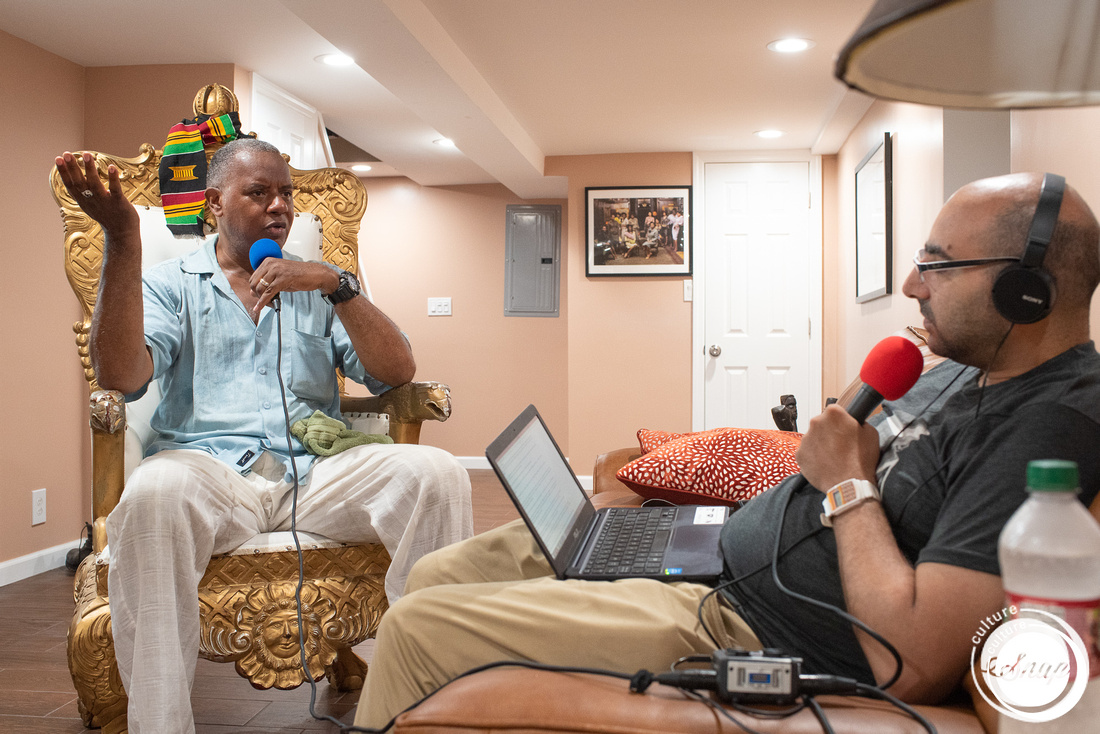 Here are some powerful quotes from Sammy's interview:

"For me it was bigger than photography. It was about really connecting with people, and the camera became a compass that led me to different situations and people. And the photograph became evidence of the conversation." 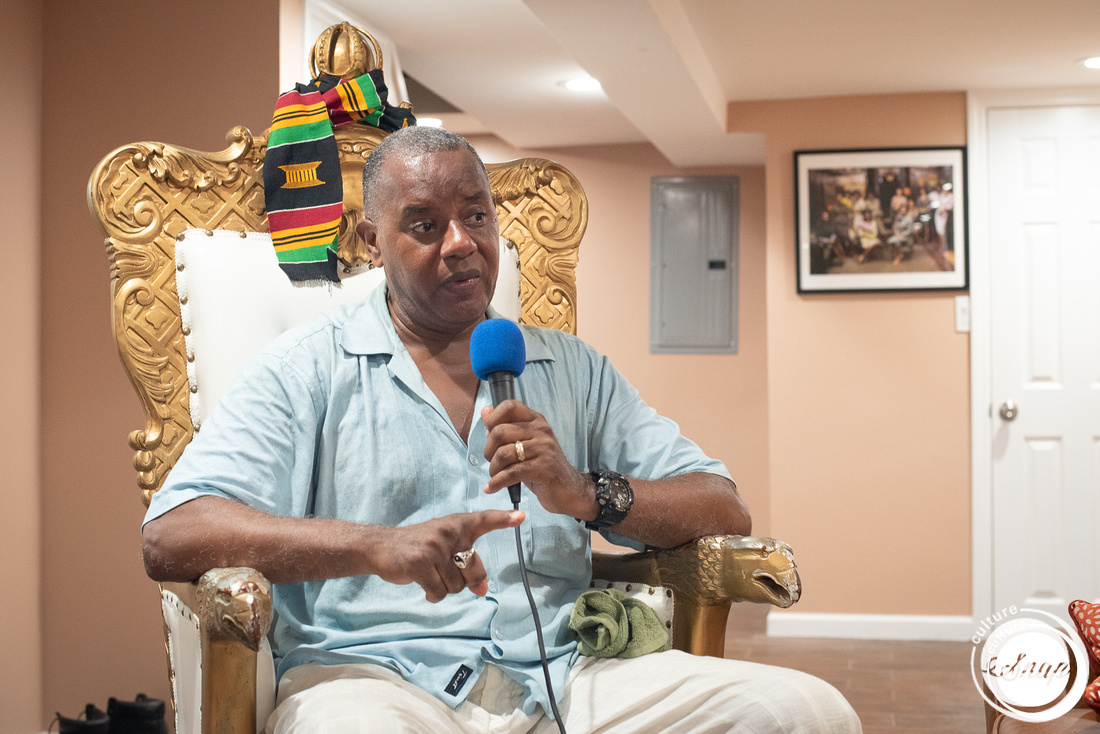 "As a young child I absorbed books. I was always looking for photography. There was something about that language of photography that just drew me in. My father was a photographer. He had a vast library within our home so I was always moved by the images. He taught me how to develop. So I developed an appreciation early on for that slow process of creating an image. You know, to really absorb the essence of photography and what it is to create images." 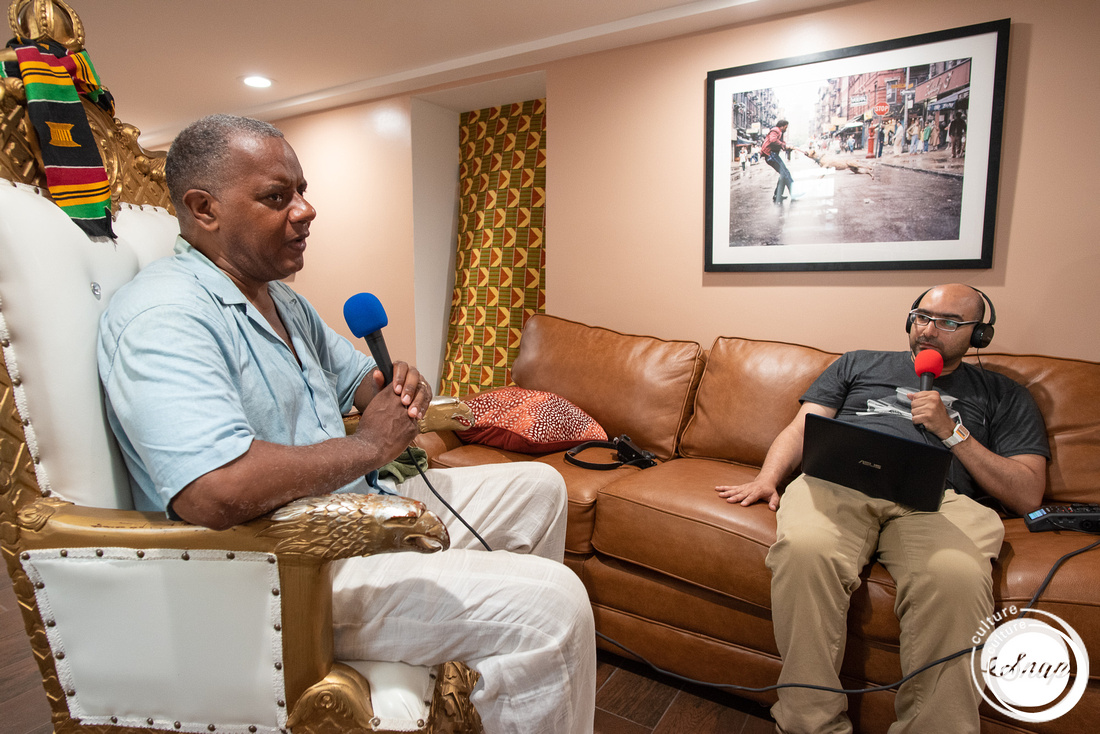 "When I returned back to America in the summer of 1980 after serving time in the United States Military I came back to a very changing time. It was a moment in New York history when a lot of young men were dying prematurely of violence. There was a lot of hatred in the city, and I realized that I had to make a difference." "I returned back to my old neighbourhood and I had my camera in tow, and my chessboard, and I realized that I had to use my voice to speak to young people, to be a guide and mentor to them in a way that I wasn't really guided on my path." 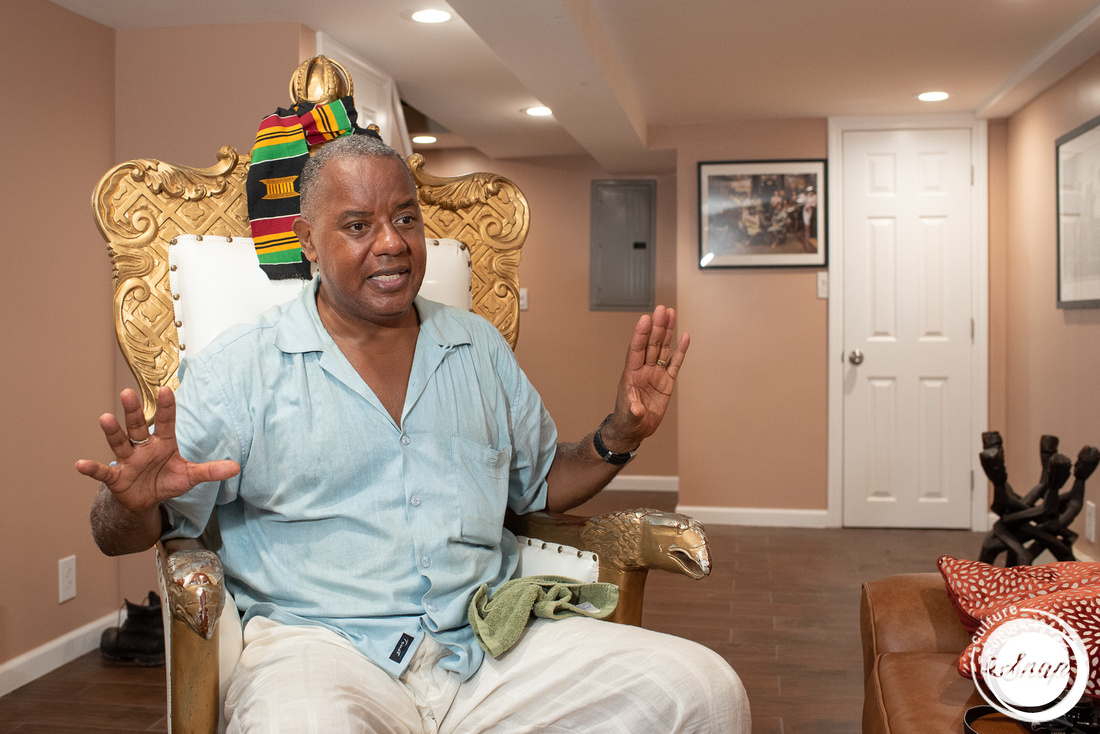 "I look at the camera as a compass. Once I started to appreciate the science of photography and image making, it put me on a particular path that... led me to a place where I was able to connect with people all over the globe, based off this language of photography. I did not know when I picked up the camera that I would be on this path. It took me 35-plus years to understand what this camera represented. It allowed me to understand the fact that I was an alchemist. That I had the ability to take something out of nothing and bring it into life." 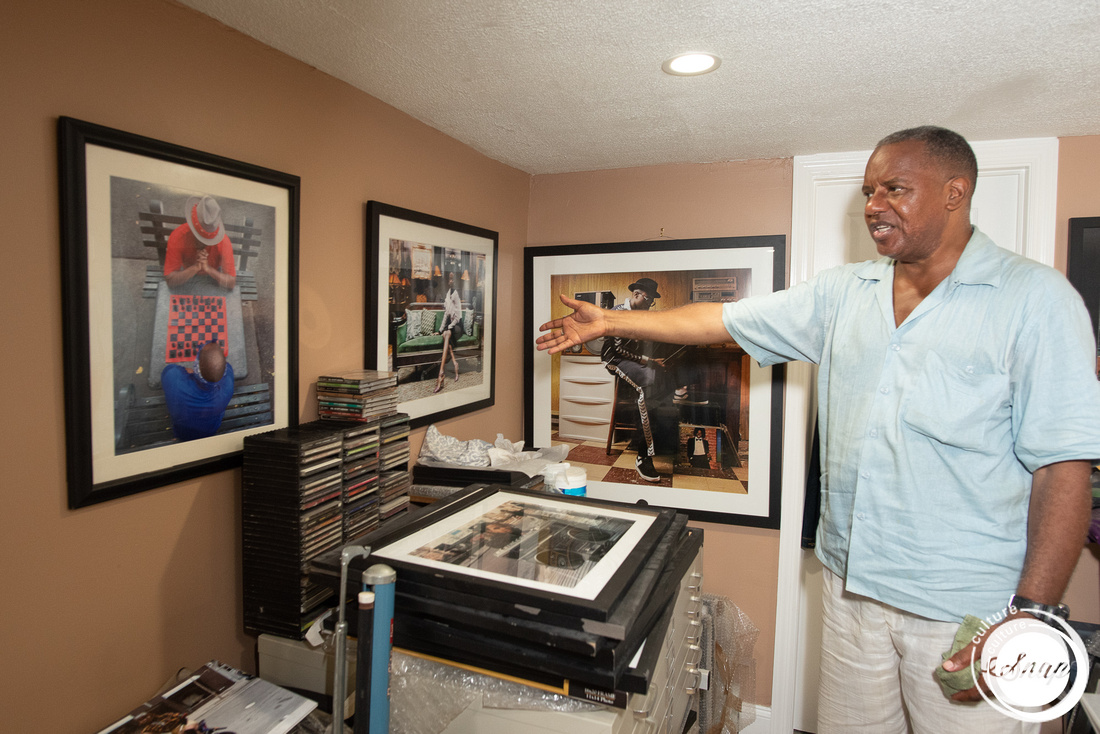 "It has led me to an incredible path. I have met people around the world under the language of photography. People who are using this craft to make the world a better place." 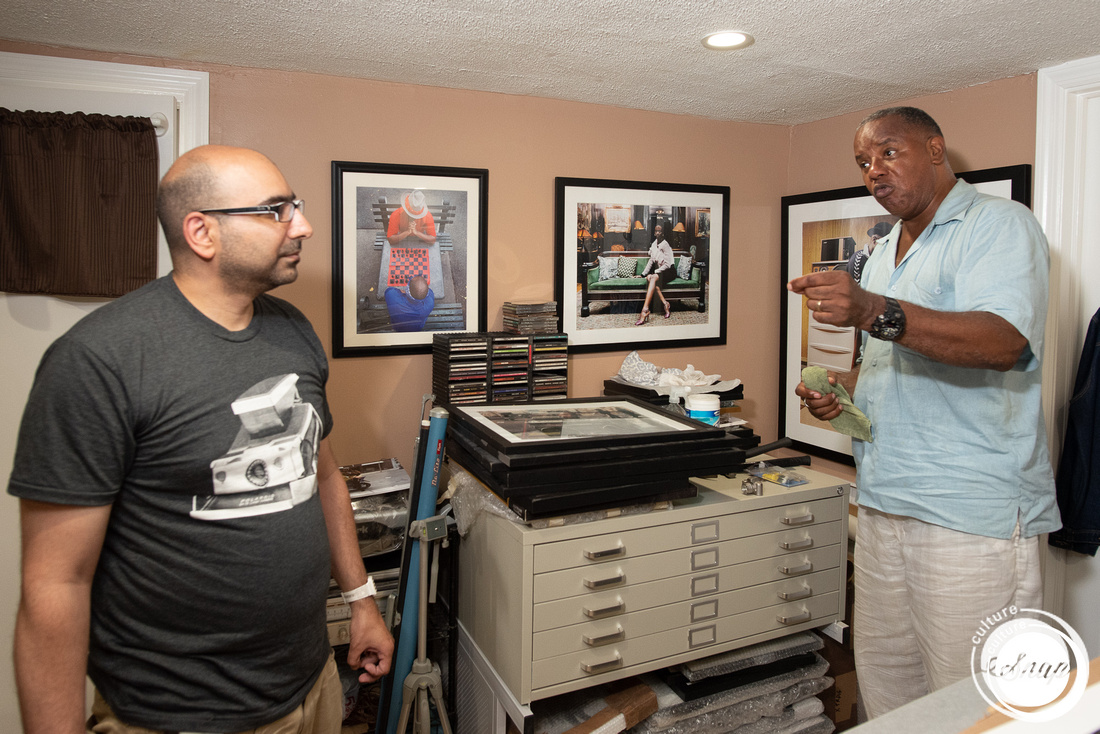 "When I first saw the light and possibility it was on a local level. It was beautiful at that point, but I never would have imagined that my path would lead me to this stage of my life right now, where I have met people from everywhere. I get emails from people from Russia, from Korea, Japan... South America. We may not speak the English language, but it is through the image - that language of photography." 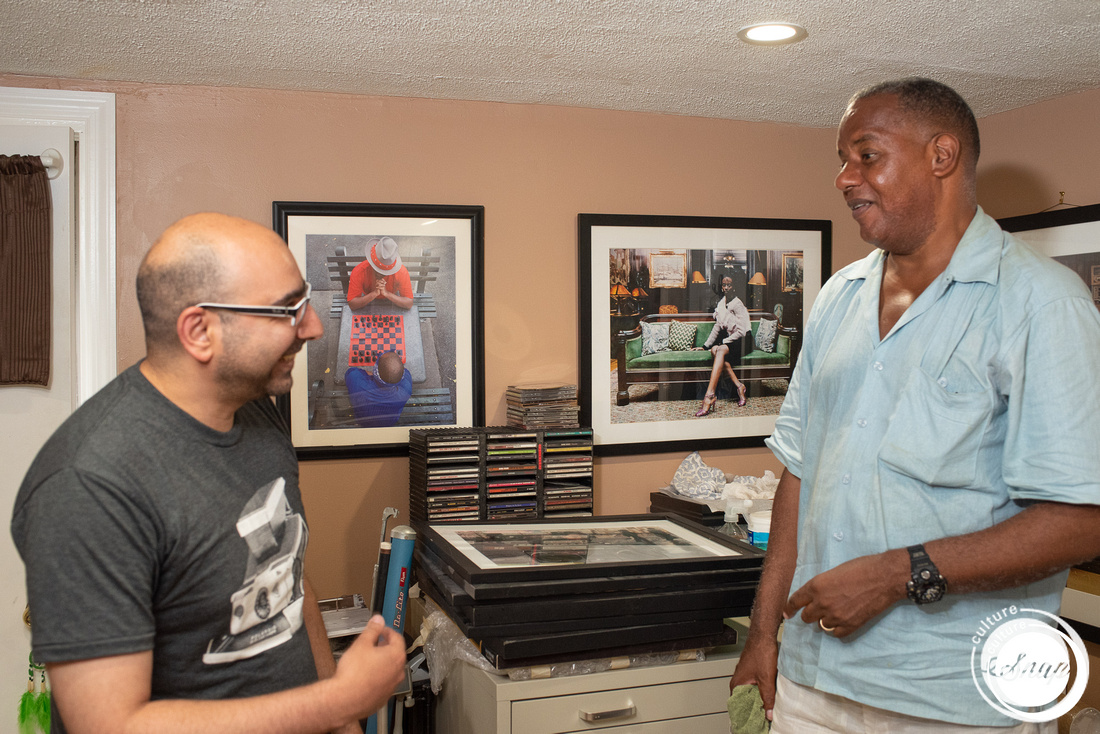 "One of the greatest accomplishments of my life is in the making right now, where I am curating an exhibition of people that I met on social media. I've decided to curate an exhibit called "Perspectives"*. At this stage in my life I've been able to bring together from different cultural backgrounds under that one umbrella of photography and using individual voices to address issues that are presssing right now. And that's what the path has led me on."

*Perspectives was shown at Photoville New York in September 2019. Click here for a summary of the exhibit. 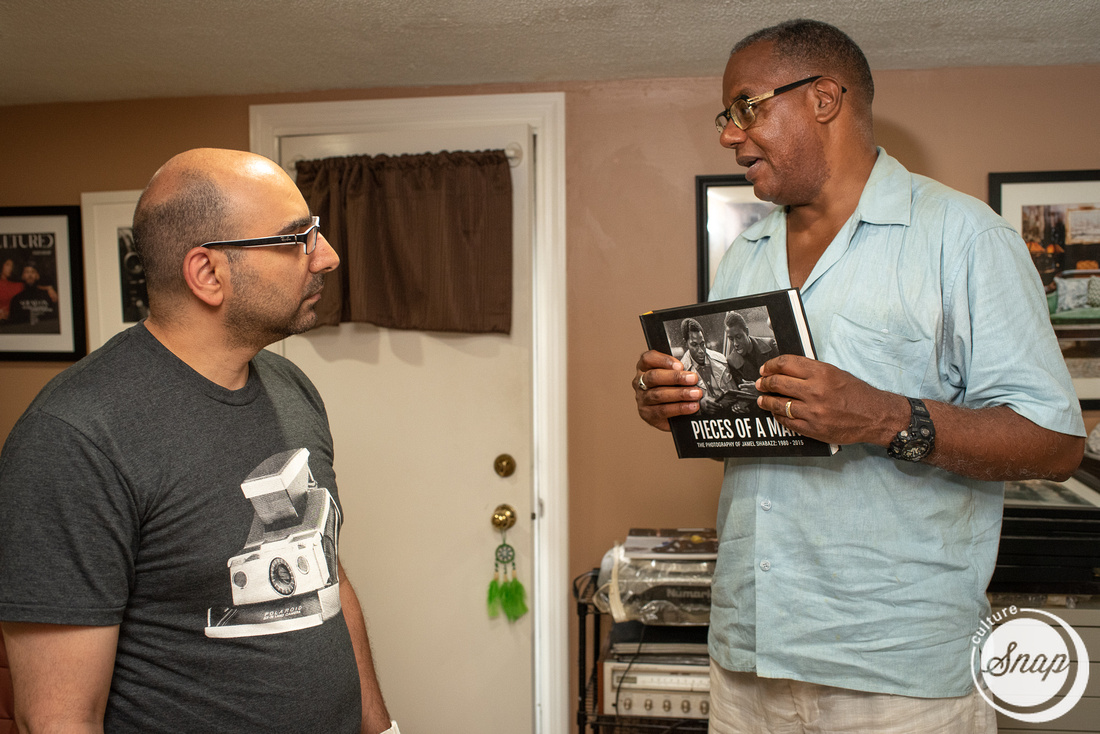 "So that has been the direction that for all these years I've been on  - trying to understand what is my purpose in life, and I struggled with it. Now at this stage I have total clarity - it's about coming together, under that language, like never before - and not only photographers but artists in general - and using art as a form of activism to make this world a better place." 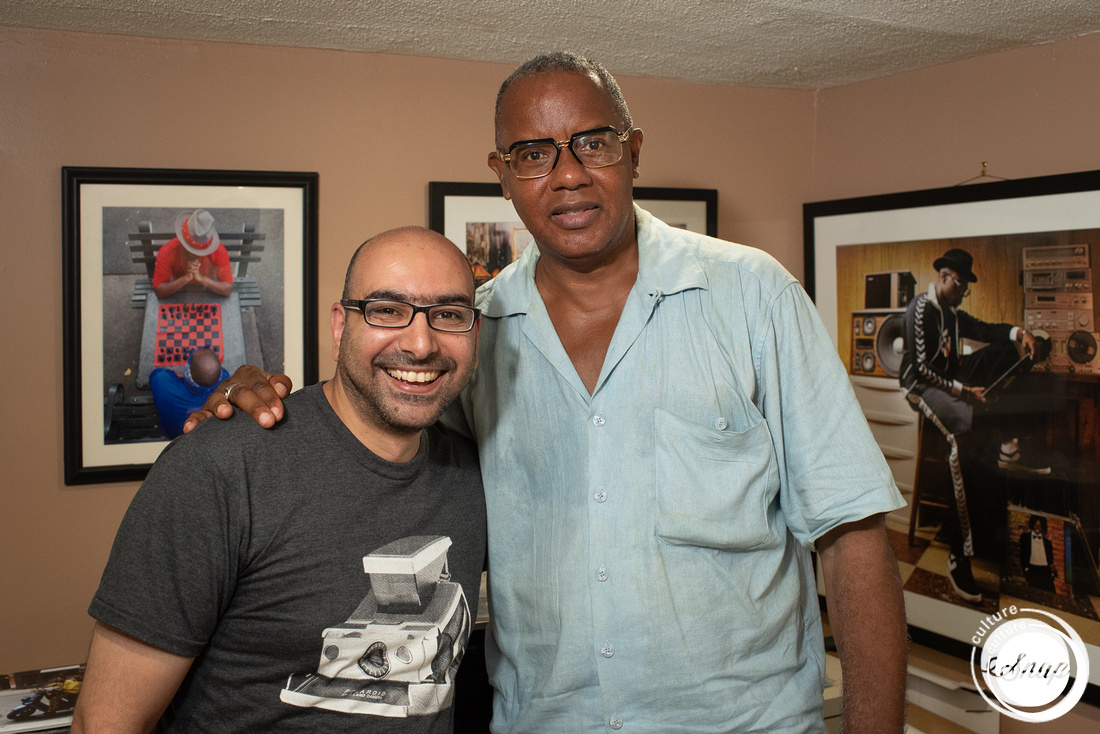 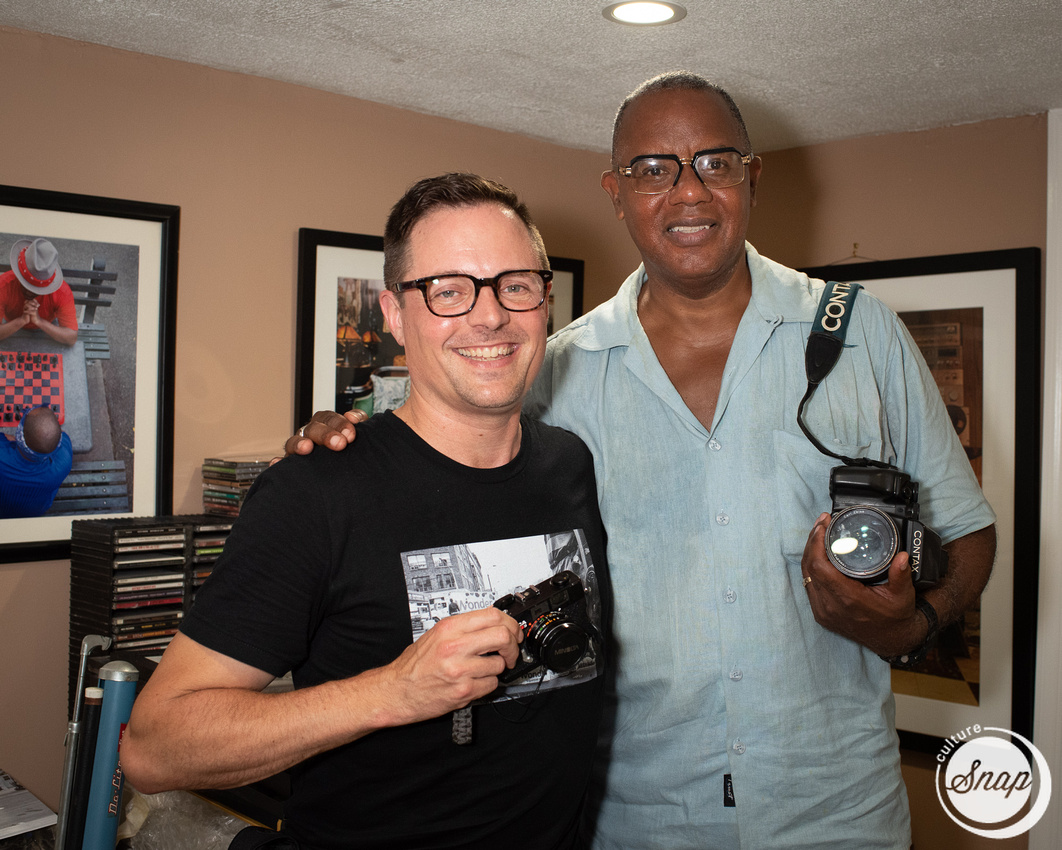 What does it mean to live a life of vision and purpose? How can one use their talents - whether photography, the arts or any skill - to make a difference?

Meeting Jamel Shabazz, and learning from his life, it is clear that each of us have the possibillity before us to do just that.

Thank you Jamel Shabazz for your leadership and for your inspiring example of how to live.

To learn more about Jamel Shabazz visit the below links:

- An interview with Jamel Shabazz, that includes some of his photos, on Afropunk

- Back in the Days (book by Jamel Shabazz)