This page features some of my earlier projects, as well as more recent in-depth ones that reflect my growing dedication to documentary practice.

I began documentary work in the fall of 2000 as a writer-researcher for a Citizenship and Immigration series about multiculturalism in Toronto. The series, known as "Different, Yet the Same" was hosted by late TV journalist Bill Cameron and featured Canadians of nine different cultural backgrounds including Iranian, Jamaican, Polish, and Somali. It was a privilege to be part of it. I worked in the non-profit field for many years following that project, but the experience of calling, meeting and interviewing people from many backgrounds was great preparation for my recent more in-depth documentary projects.

In 2017 I exhibited "Taxi Drivers of Toronto" in the Contact Photo Festival. The project was featured on CBC Radio's Here and Now and Metro Morning, CBC Toronto online and was listed as a "must see" by NOW Toronto magazine.

In December 2021 I exhibited Old World Shoes, a project celebrating older and independent shoe and shoe repair stores of Toronto, as part of the Contact Photo Festival. It was featured on CBC Radio's Metro Morning and CBC Toronto TV's 6:00 PM News program.
I also exhibited Old World Shoes in the 2022 DesignTO Festival in the Capri Shoes, one of the businesses featured in the project. DesignTO recognized the project with the "Best in Exhibition" award.

Please click on the photos below to learn more about any of the documentary projects listed here. 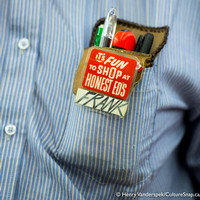