"When God made the colour purple, God was just showing off."

Shooting film has made a big comeback in recent years.

There are many reasons why, but the twin feelings of anticipation while waiting for your film to be developed, and of surprise when you get back your images, are definitely included on that list. 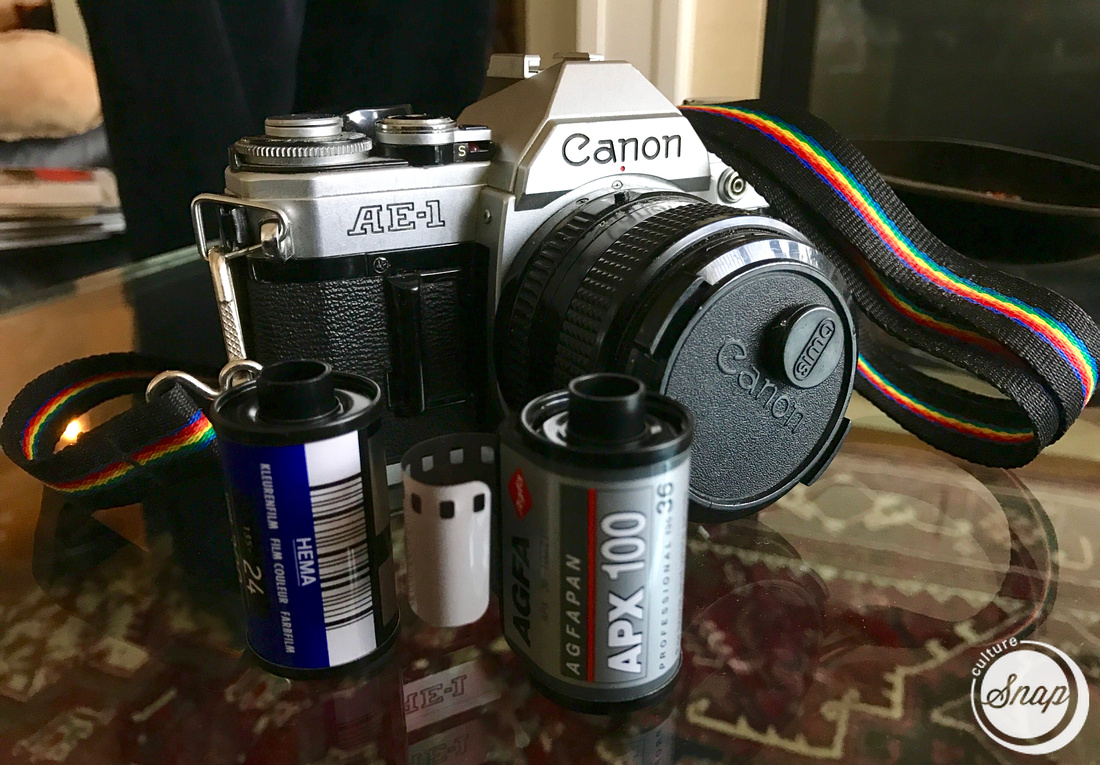 Experimenting with unique film stocks - ones that have been pre-exposed or have unusual chemical formulas - elevates those elements of anticipation and of surprise.

I've enjoyed trying out several film types for this very reason. One of them is Lomography's Lomachrome Purple XR 100-400 film. 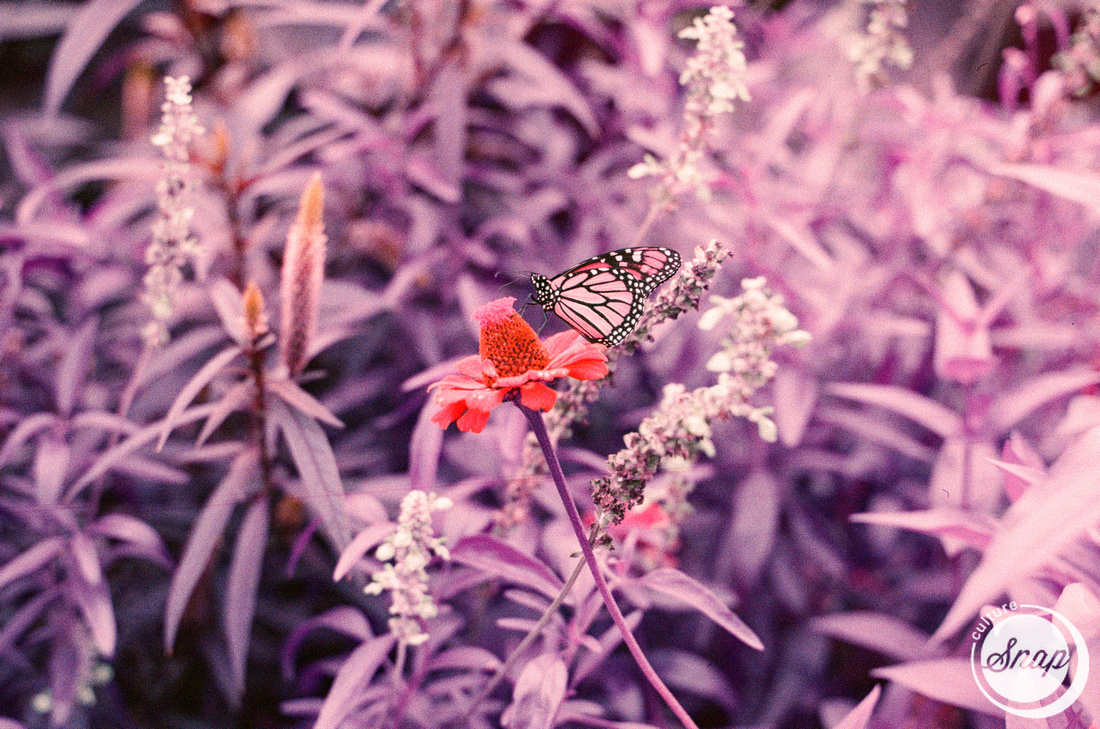 In this blog I will share some images I captured with this unique film type. All were taken in September 2021 with my Canon AE-1.

Purple is rich in symbolism, often linked with royalty, but with many other associations also. I'll let you draw your own conclusions though, as you view the images shared here. 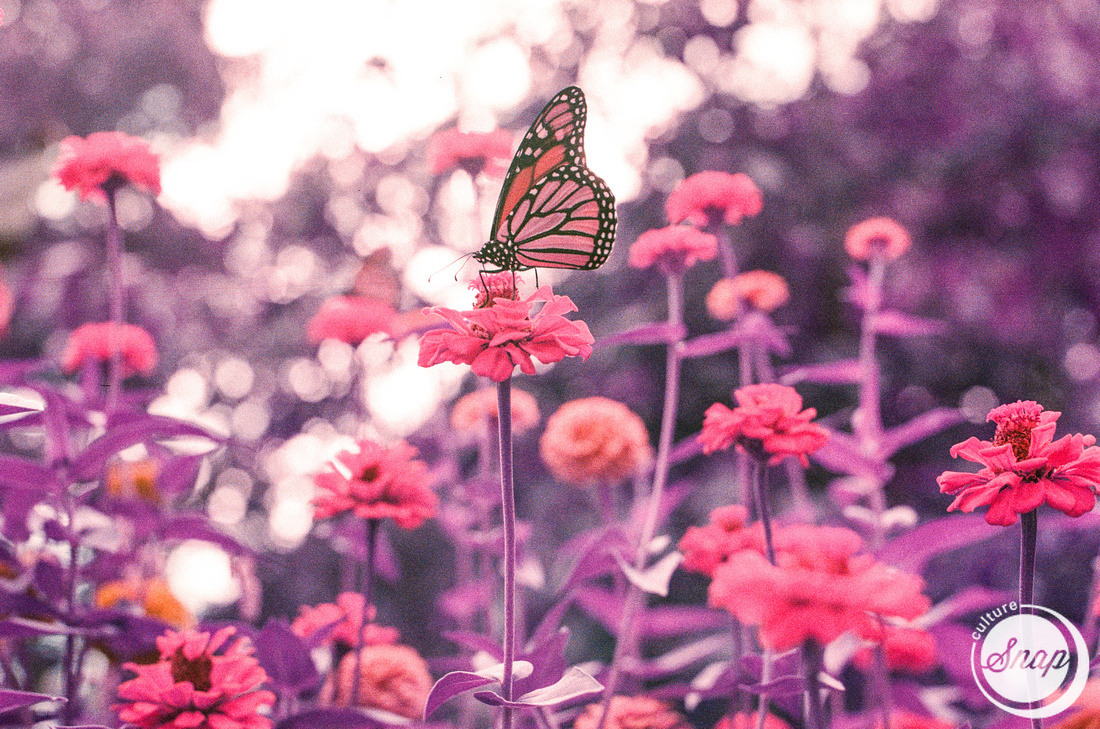 The essential thing to know about Lomochrome Purple XR is that it shifts colours. Blue becomes green, green becomes purple, yellow becomes pink but reds stay as red. So it definitely offers some surprises, especially if you capture scenes with blue, green and yellow.

Butterflies enjoying the lush plant life in Toronto's Kew Gardens - on a gorgeous September day - provided me a great opportunity to try out the colour shifts that Lomachrome Purple has to offer. 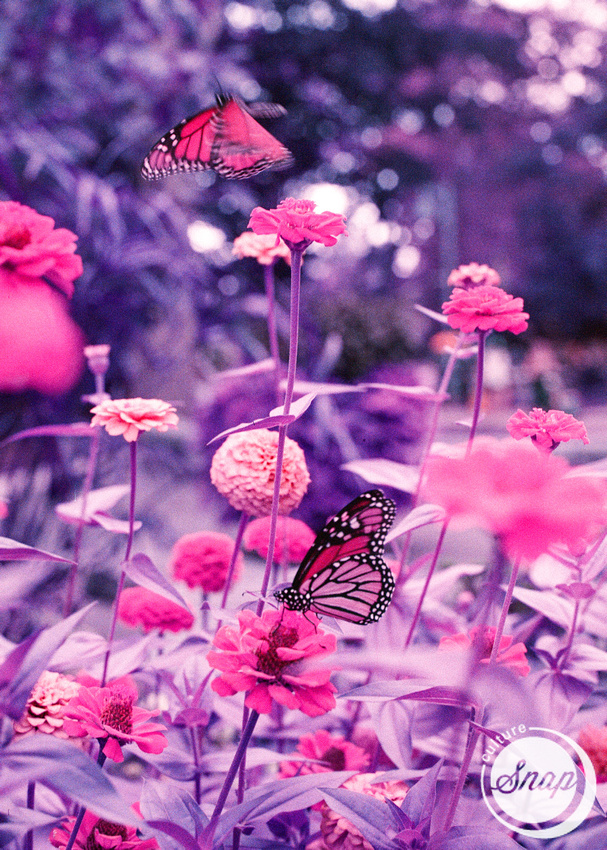 A Pair of Monarchs

Others have written much more in-depth about the chemistry of this film, and of how to shoot images with it. Here are two such links well worth looking at if you are considering trying out this film: 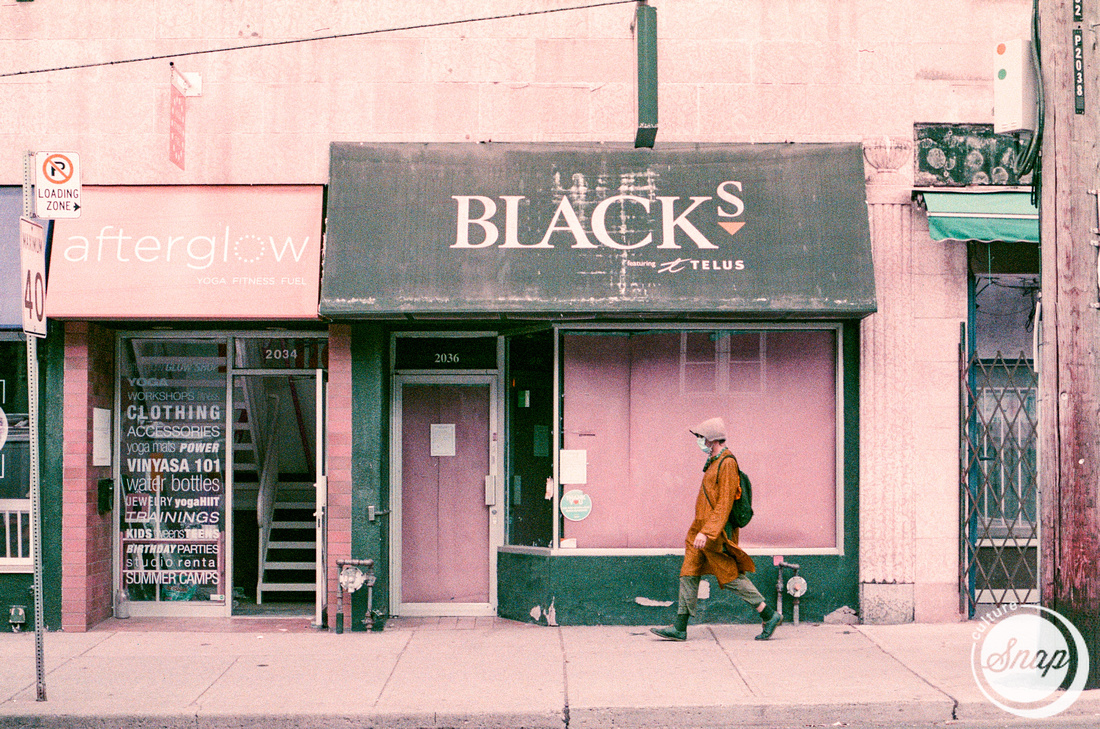 Black's is still active under new ownership as an online photo business, but their bricks and mortar stores closed in 2015. 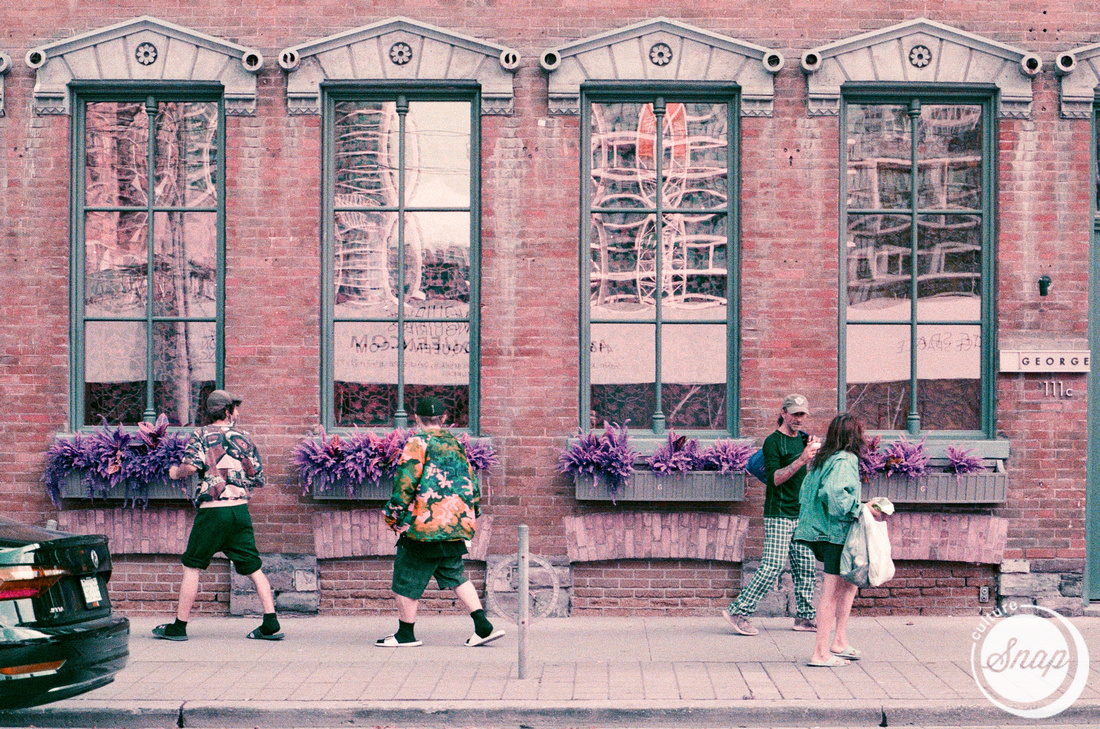 I love the architecture of this building. 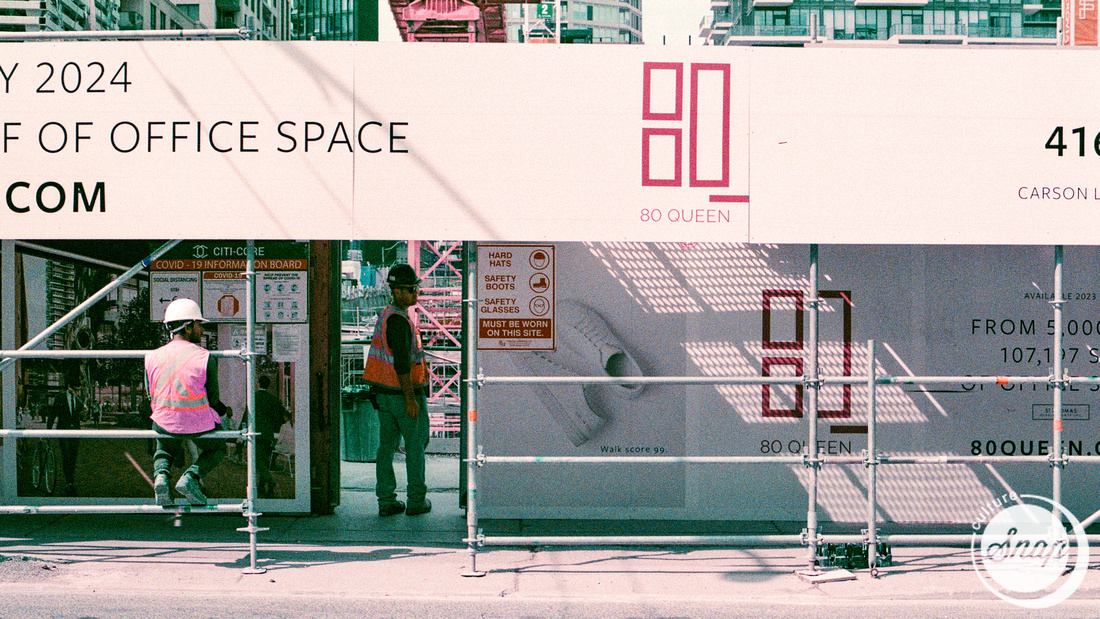 A scene just across the street from the previous image.

In some images the colour shifts are more subtle... 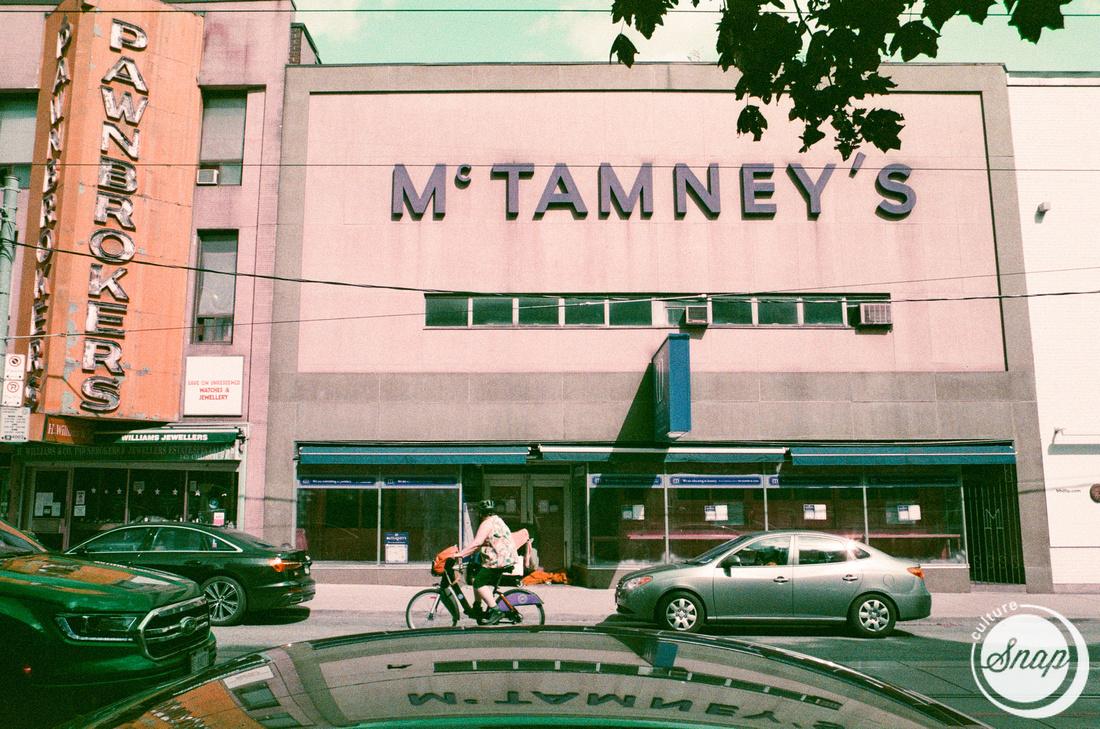 One of Toronto's biggest pawn shops - seen here on Church Street but now located on the Danforth.

While in other images the colour changes are much more dramatic... 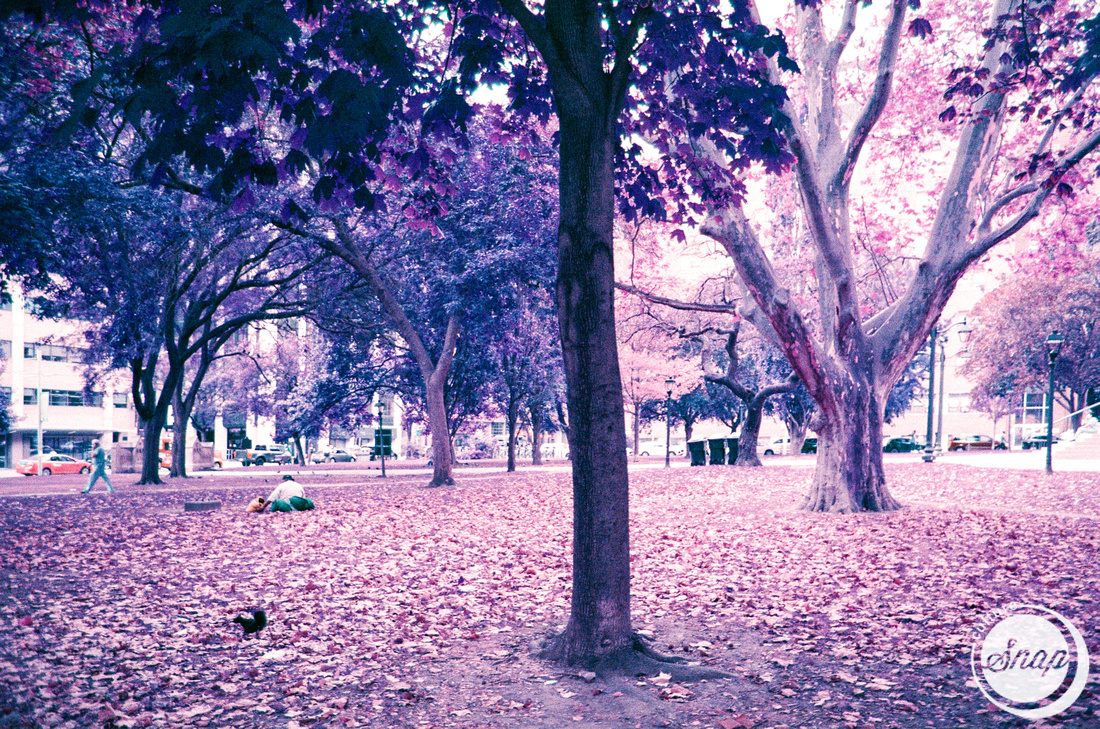 A view of the grounds of Toronto's Metropolitan United Church. 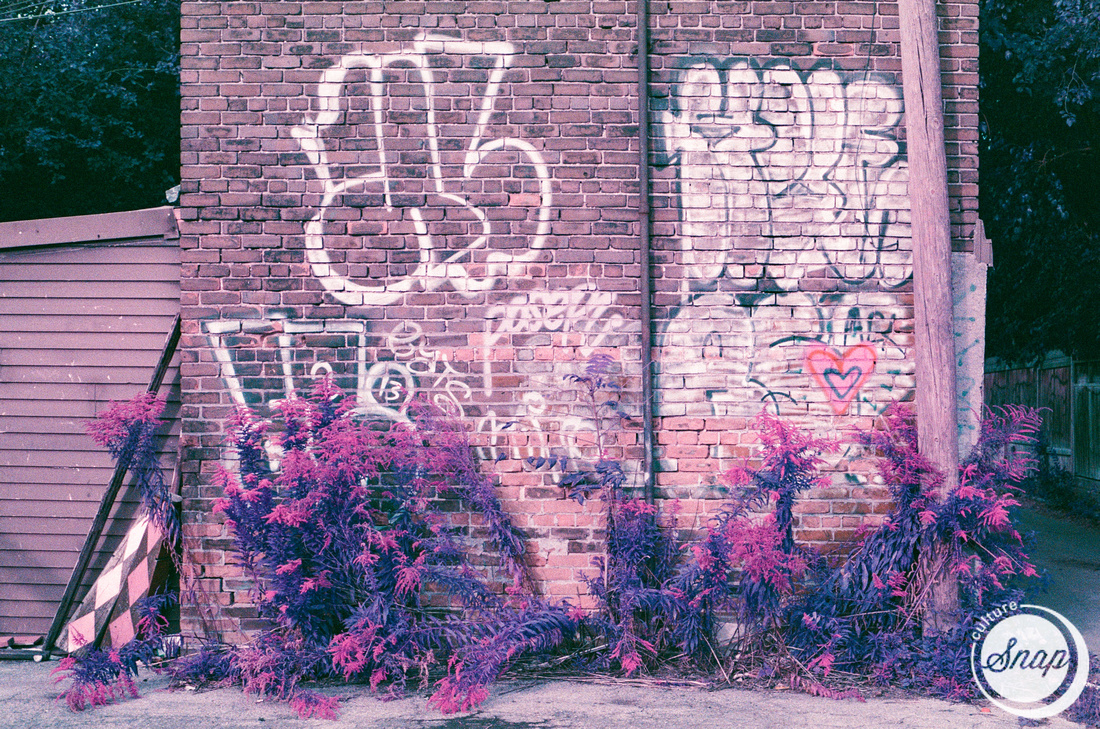 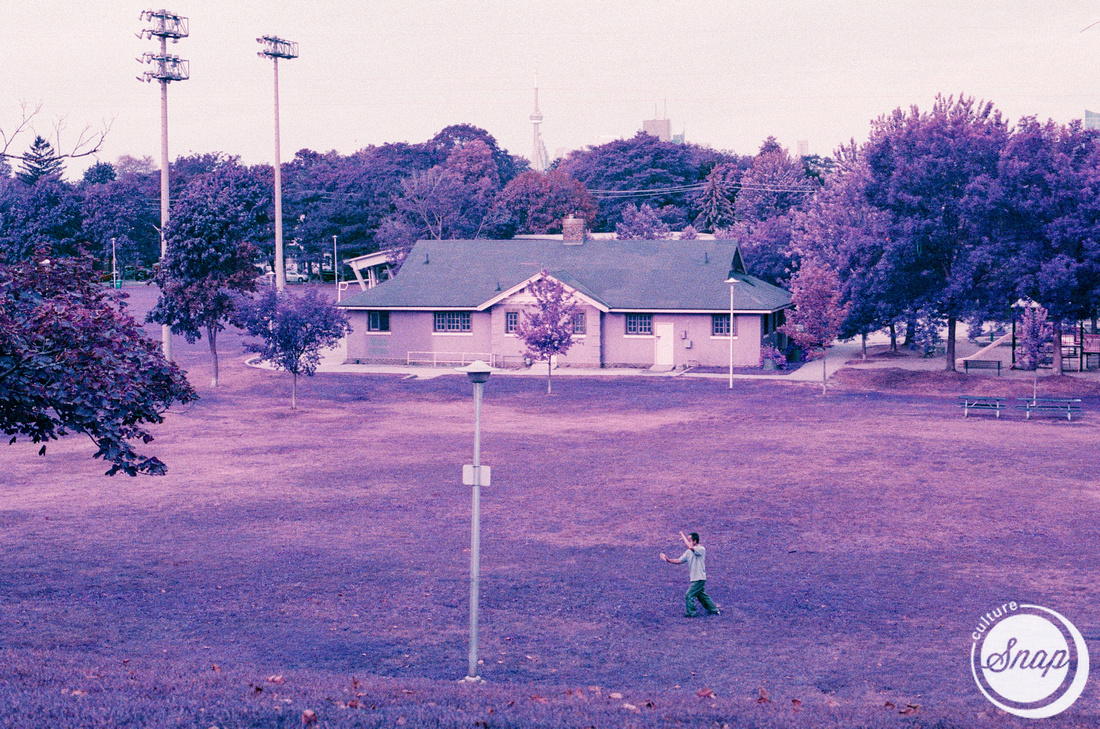 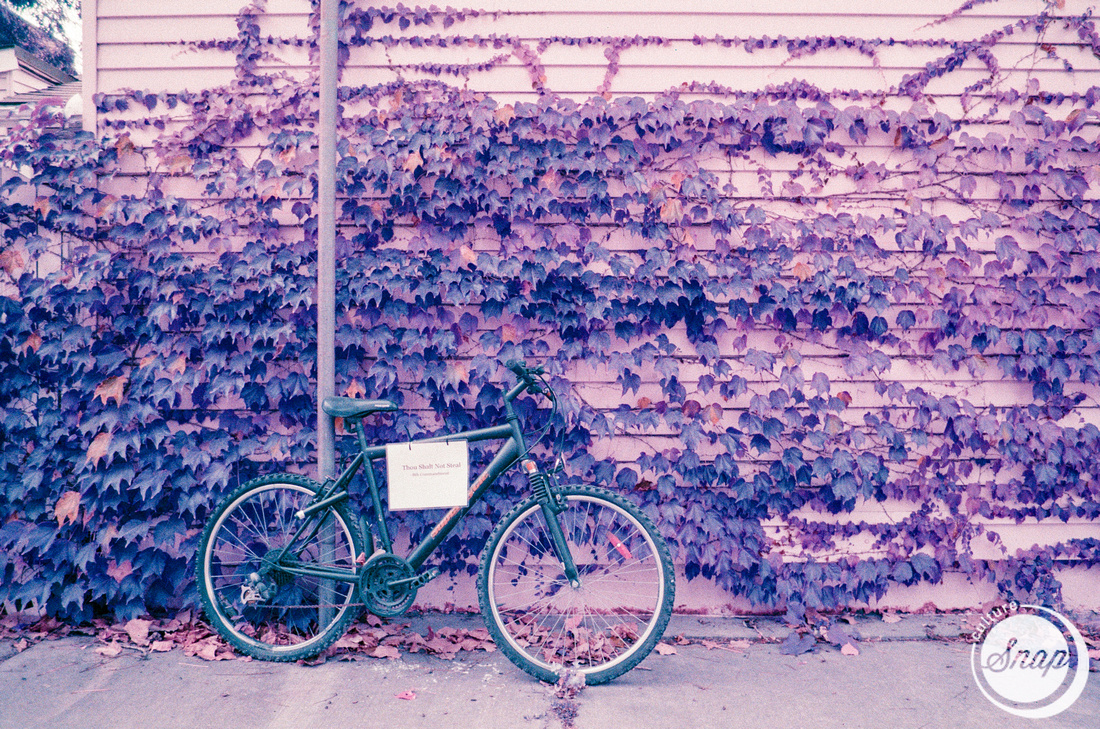 Thou Shalt Not Steal

A bike with a sign noting the eighth commandment.

The bike hasn't moved in months. I guess the sign is working! 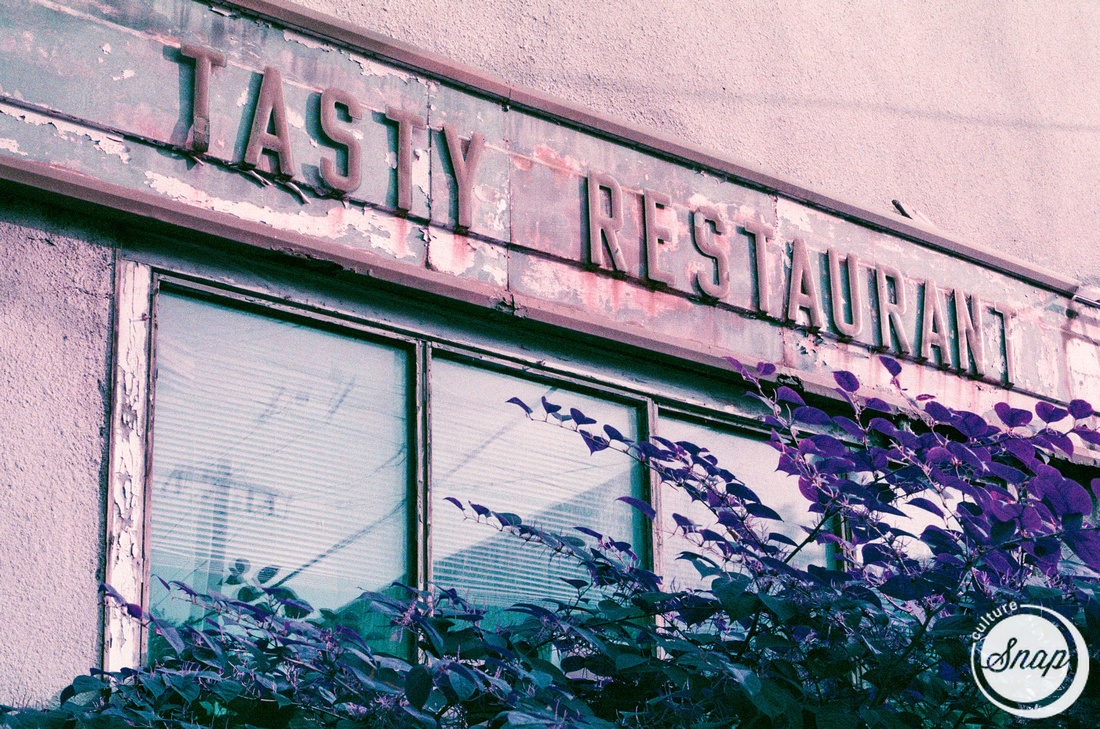 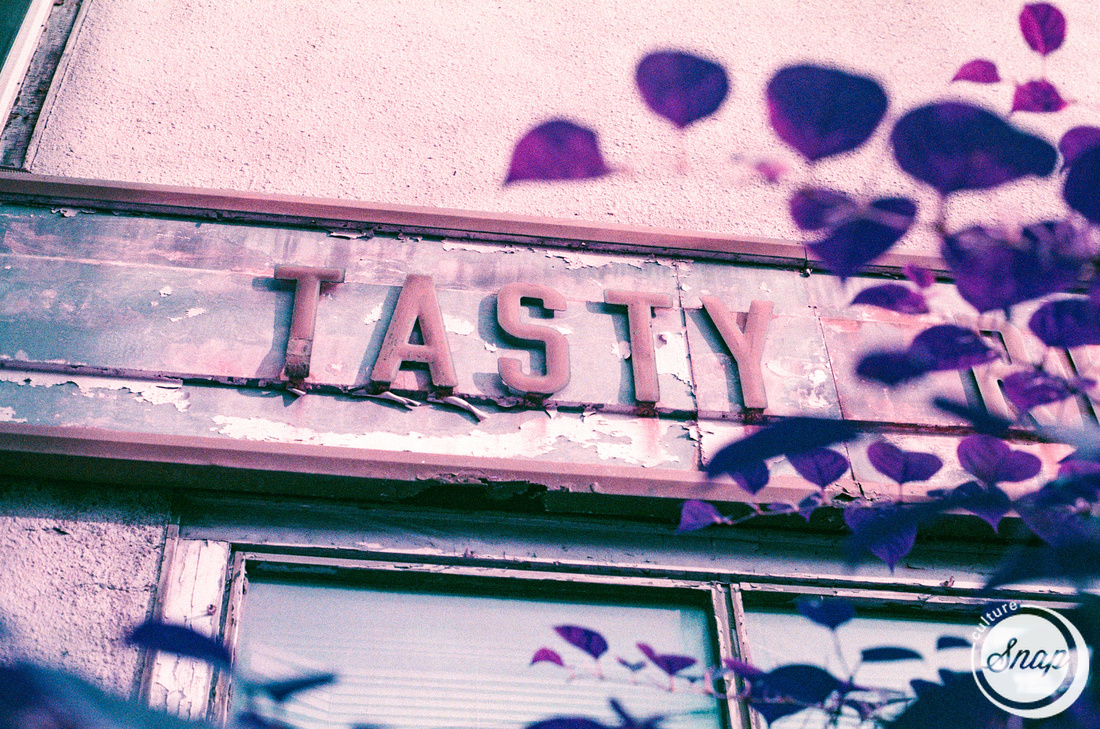 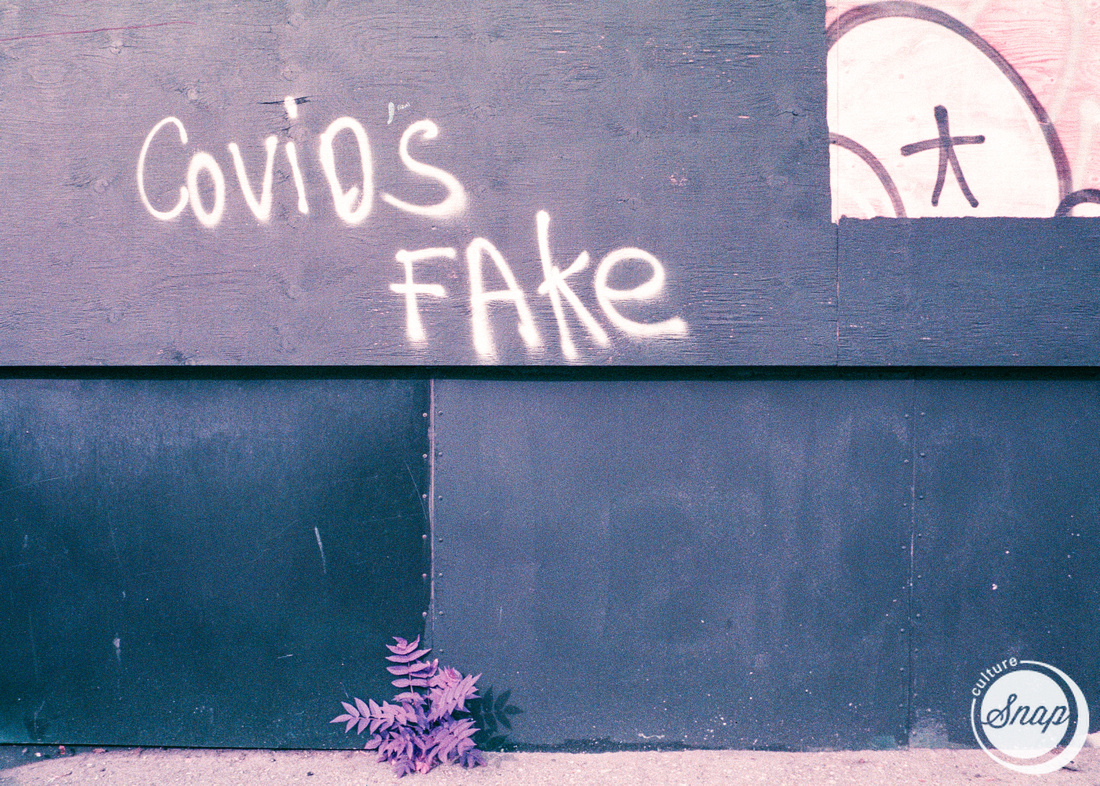 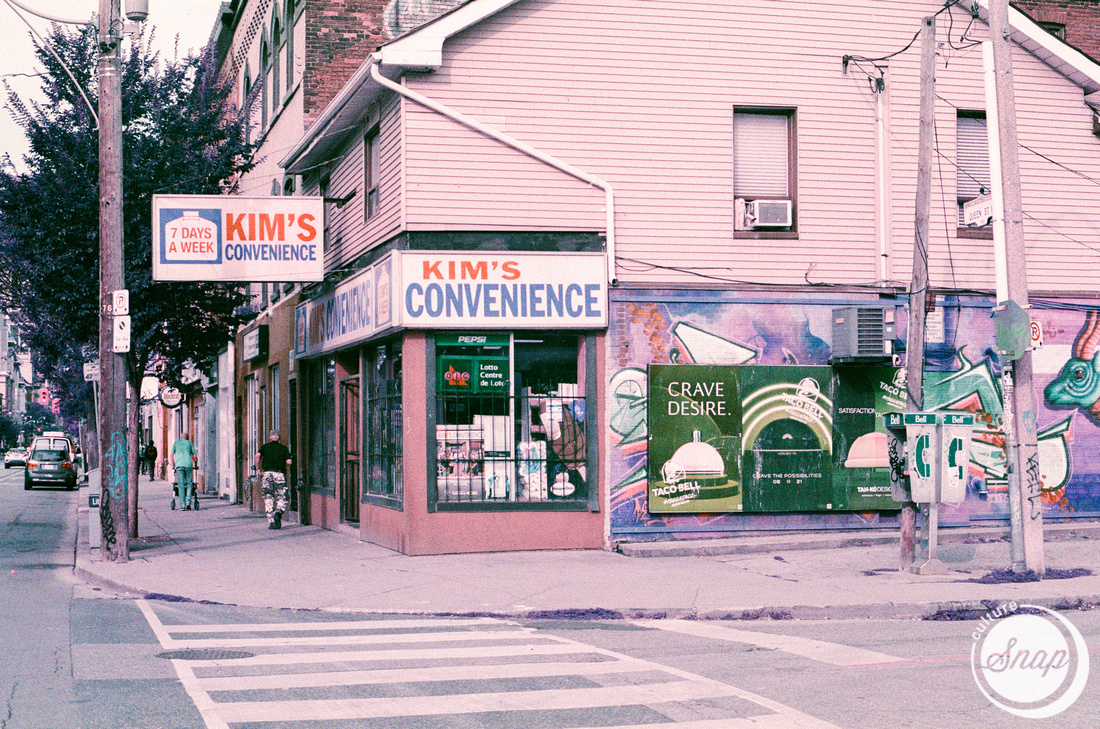 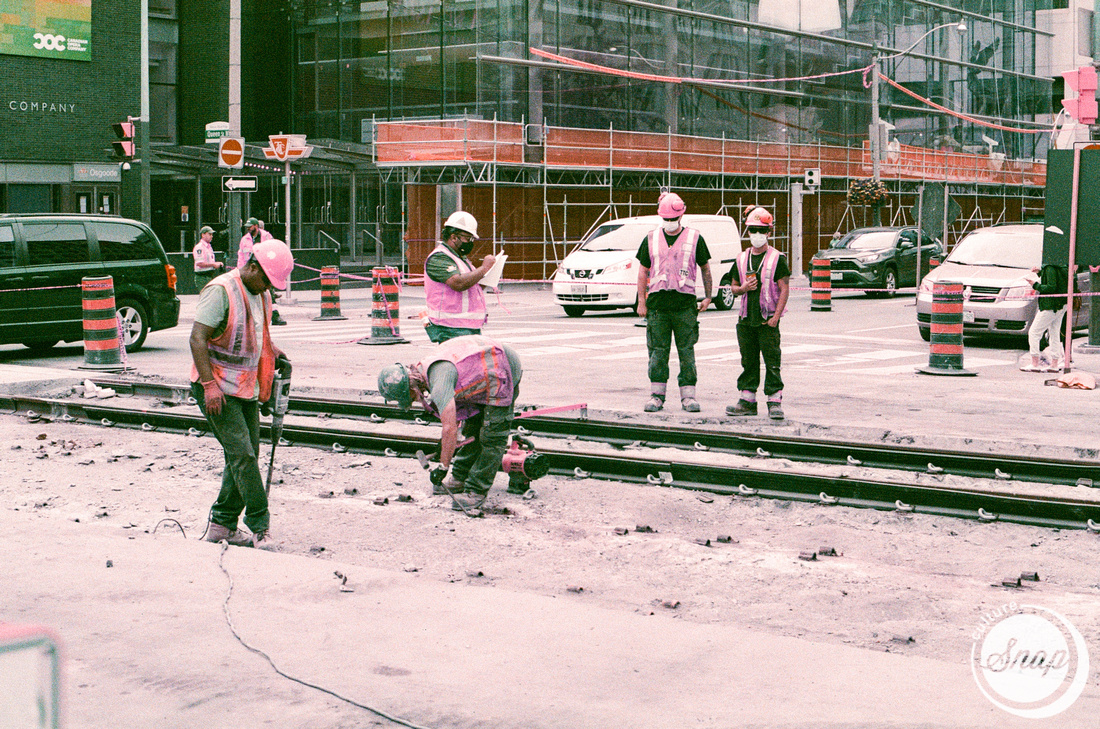 Purple on the Tracks 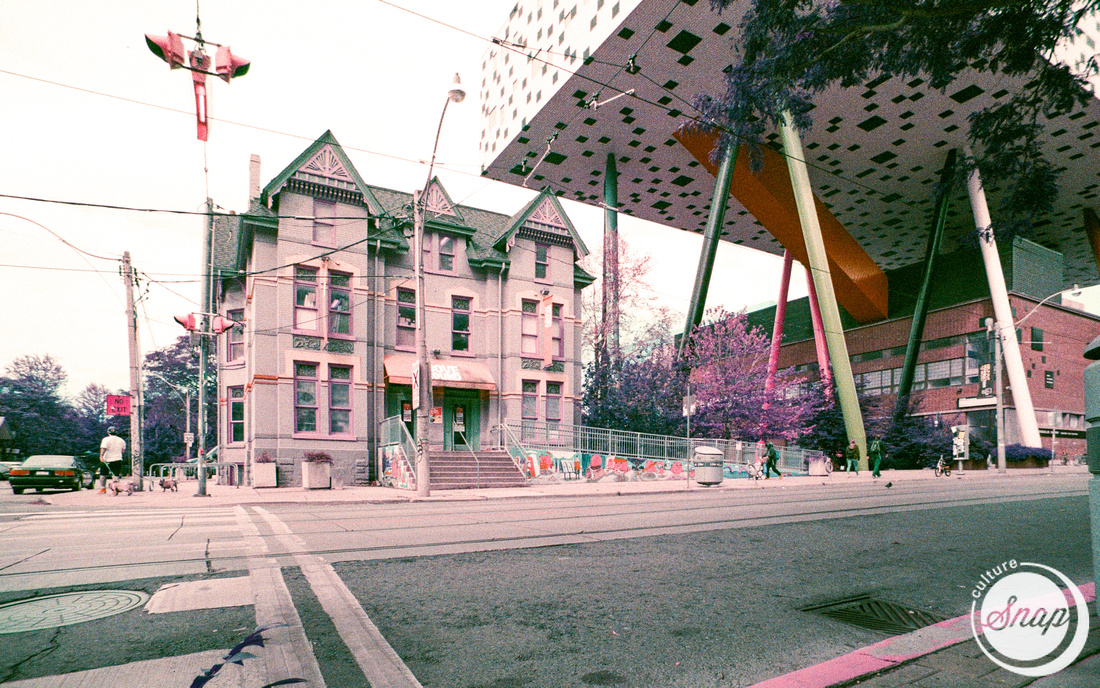 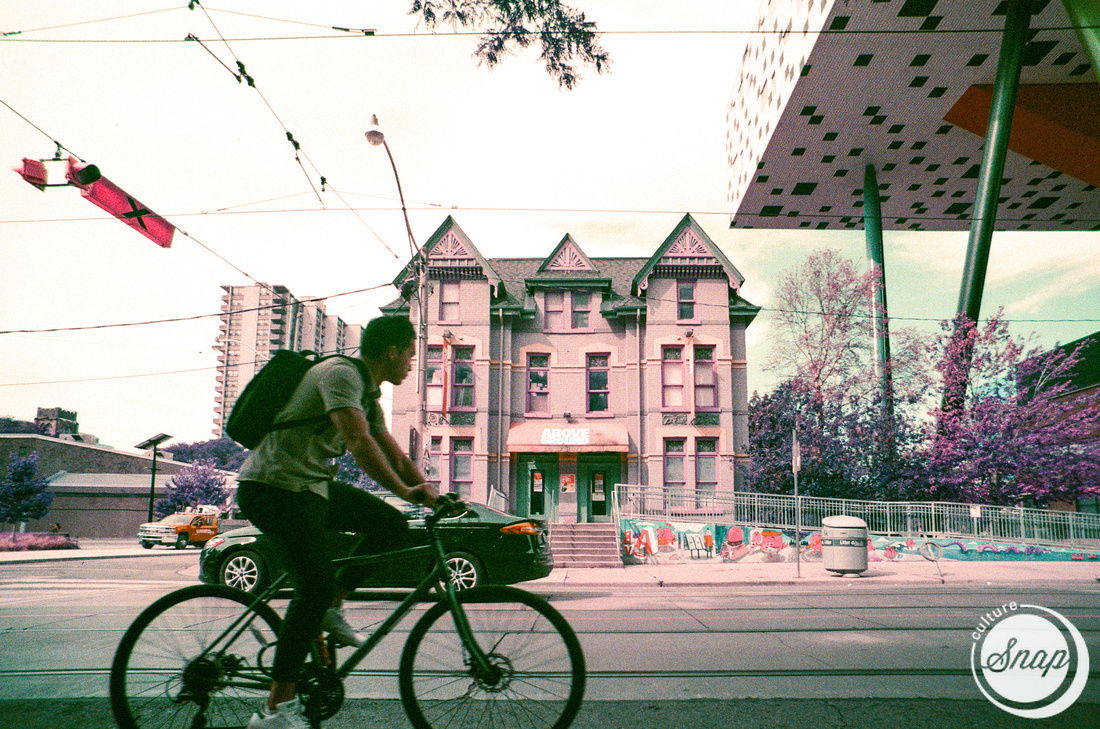 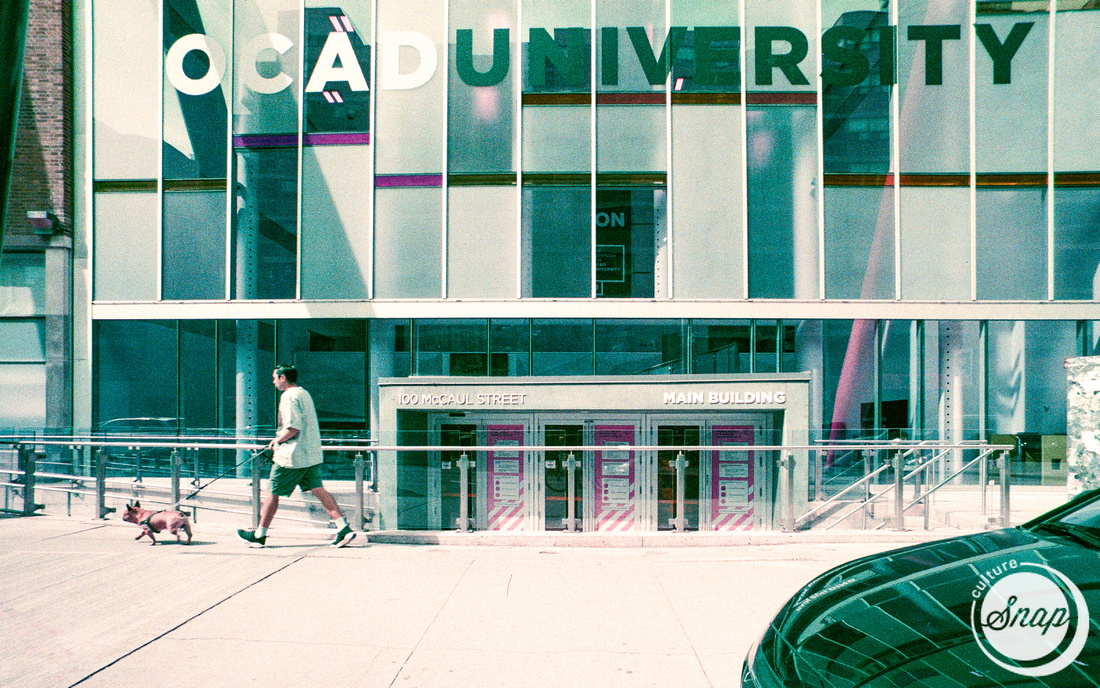 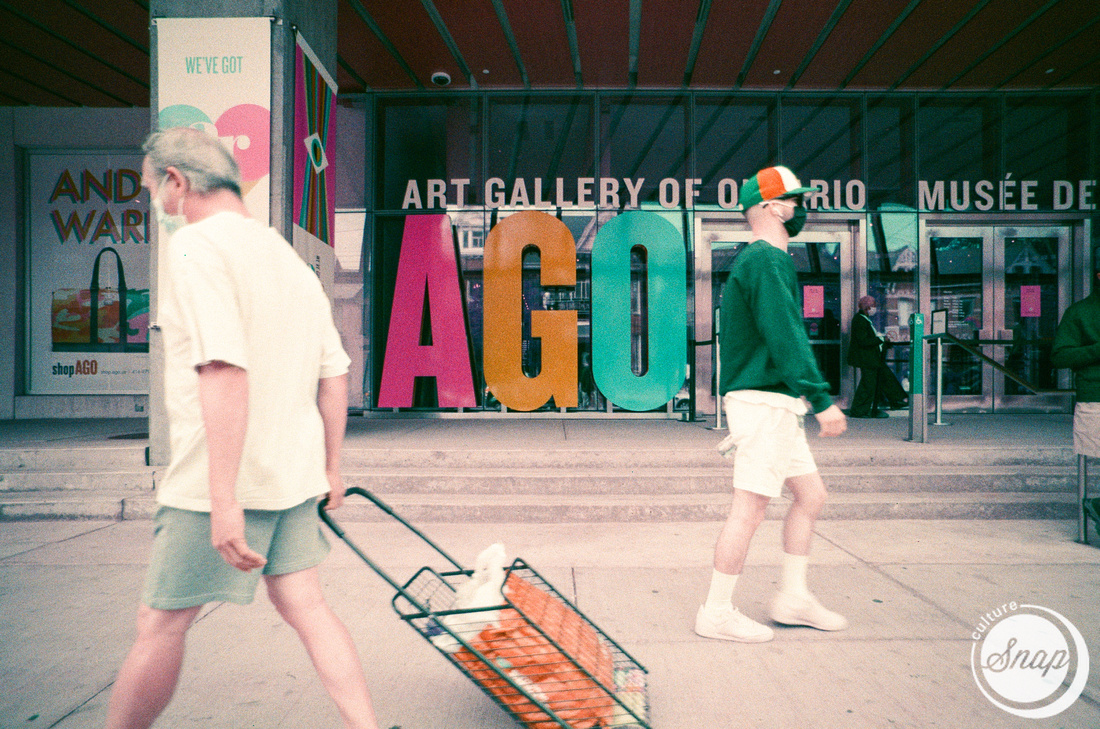 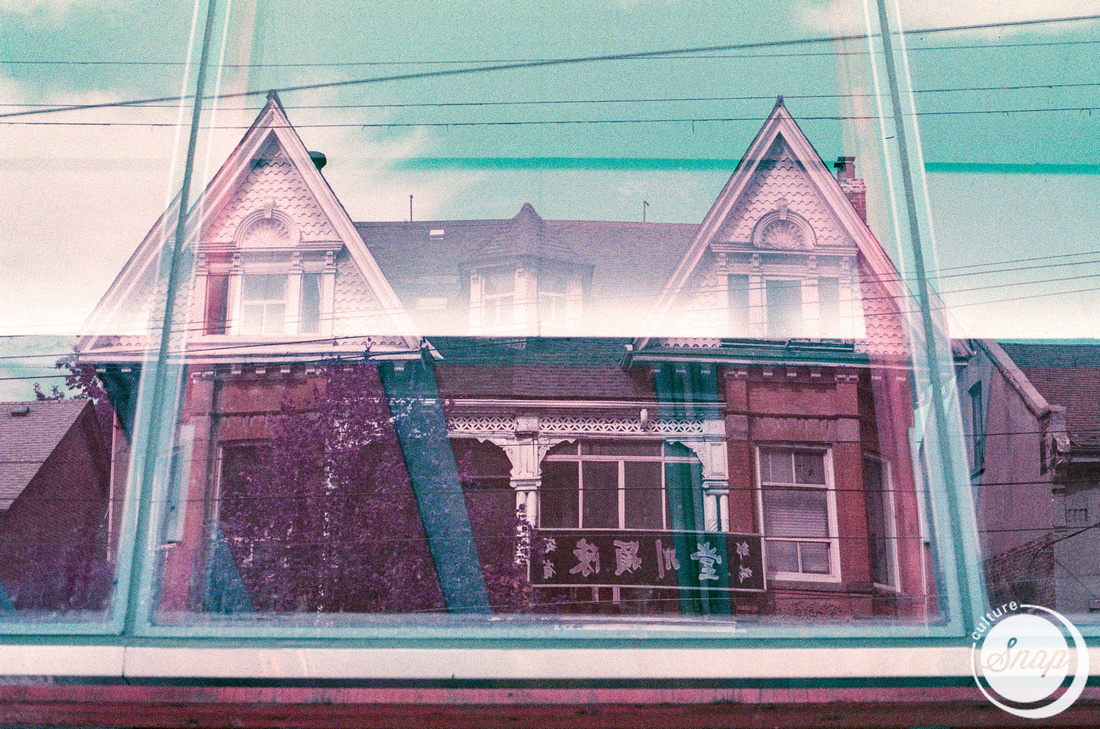 I really like how the butterfly images turned out, so I'll end with one more... 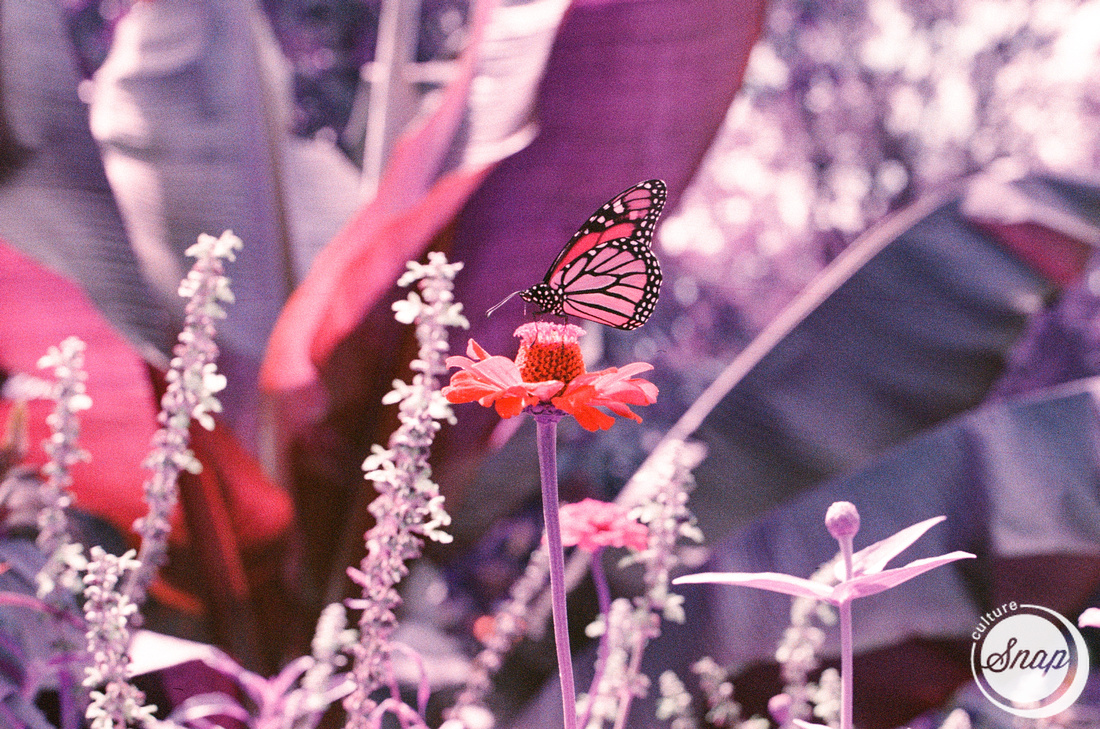 If you liked this unusual film type, you might enjoy my blog post featuring images of Coney Island captured on Revelog's Kolor film.

"Be different. Be original. Nobody will remember a specific flower in a garden filled with thousands

of the same yellow flower, But they will remember the one that managed to change its color to purple."

- Suzy Kassem, 'Rise Up And Salute The Sun'.