Every step of the way, we walk the line

Your days are numbered, so are mine

Like many Torontonians, I am saddened at the news of Rob Ford’s passing. I want to express my condolences to his family and friends. I did not share his political convictions, but I was rooting for him in his journey of recovery from addiction and in his battle with cancer. It was clear that he was fighting hard. He left this world too early.

I felt compelled to write something with this news.  I encountered him in person – while I had my camera - on several occasions. Sorting these events out in a blog post somehow feels necessary to me. 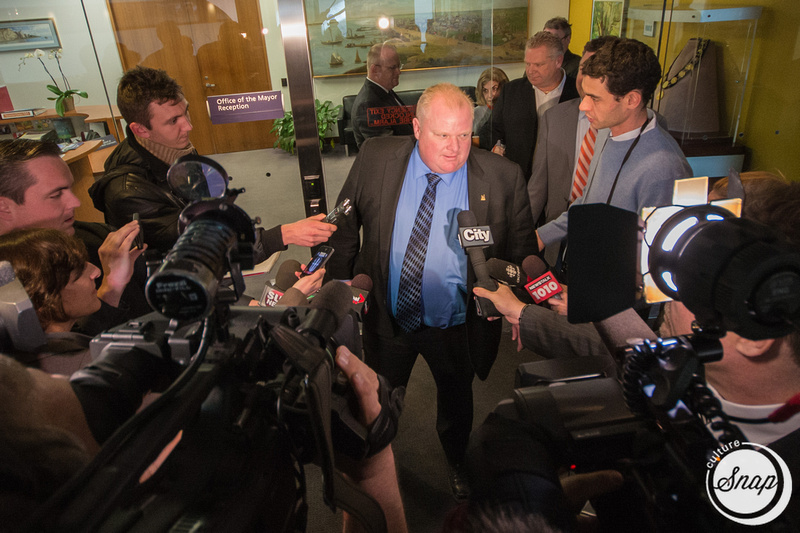 I was in City Hall on January 24th, 2013, visiting a City Councillor, when Rob Ford spoke to the press outside of his office. It was the day before a three-judge panel would decide whether to uphold or overturn a previous decision that Rob Ford should be removed from office for conflict of interest. Things were no doubt tense as he awaited this decision. Rob spoke in his classic brash manner, but stated “I believe in the judicial system and hope for the best”. Click here for additional details of this moment from CTV News.

The panel ultimately overturned the previous decision and Rob Ford was allowed to stay in office. 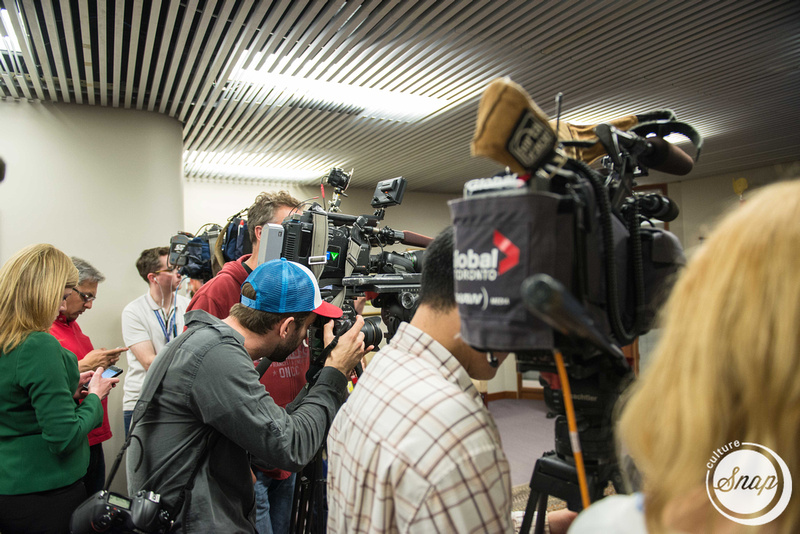 My second encounter with former Mayor Rob Ford was on May 16th 2013. I was visiting a City Councillor, and as a press conference was about to begin, I was invited to come observe. There was a bank of cameras lined up to capture the event, and I was able to take photos as well. Rob Ford had been pushing hard for a casino in the Portlands, but as the provincial government would not support his vision, he gathered the media to state he was backing away from the idea.  A video of the event can be viewed here.

Mere hours after this press conference Gawker announced news of a video that showed Mayor Ford smoking crack. The rest, as they say, is history.

On July 1st, 2014 (about 13 months after my last Rob Ford encounter) I attended the East York Canada Day parade with my family. I naturally had my camera with me. It was a municipal election year and many politicians were present and engaging the crowds, including Olivia Chow and John Tory.

The parade seemed to be over when we noticed a cluster of people and cars off in the distance, further north on Coxwell Avenue. As they approached, I recognized Rob Ford's infamous Cadillac Escalade leading the group. He had chosen the East York Canada Day parade to make his first appearance after entering rehab a short time earlier. I took a series of photos of him and his entourage, and, knowing this moment would be of media interest, approached two newspapers. The Globe and Mail immediately expressed interest and my image was on the Globe’s website by early that afternoon. 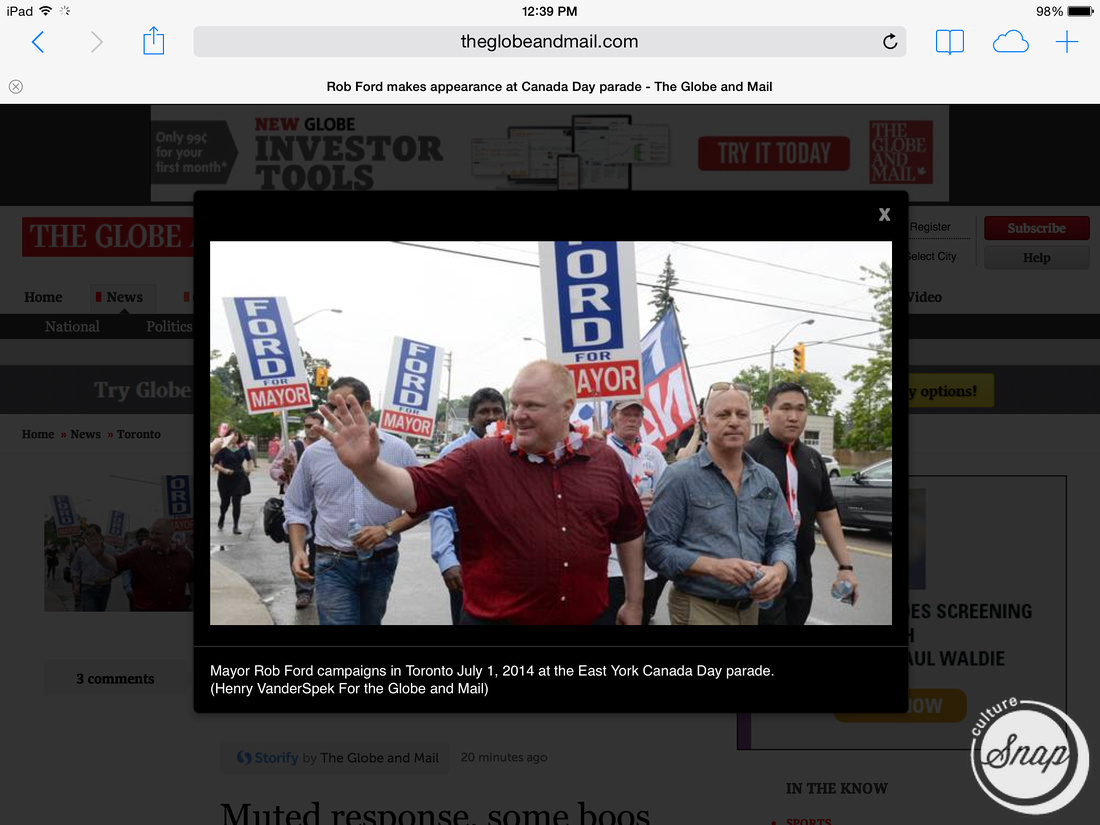 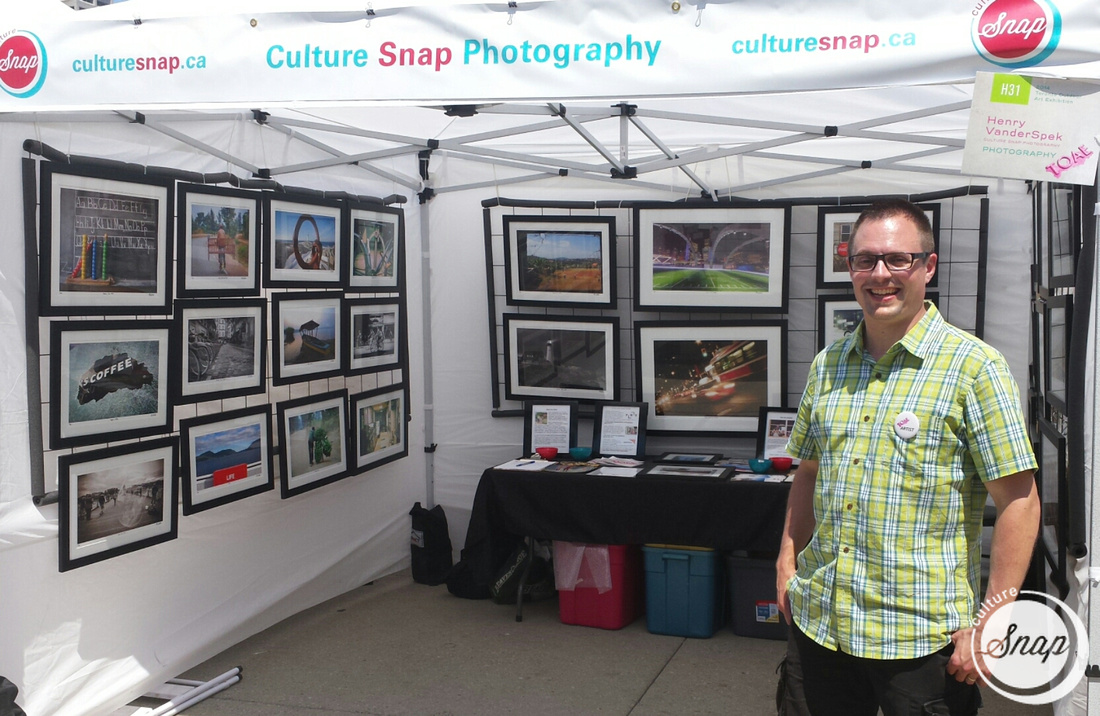 A few days later I was fortunate to be exhibiting my art images at the Toronto Outdoor Art Exhibit (TOAE) in Nathan Phillips Square. One day while there, a member of the Ford family entered my booth, saw the below image, and told me they wanted to buy it – as a gift for Rob Ford. I had heard from staff in Toronto City Councillor Janet Davis' office (who has a number of my Toronto images on display in her office) that Rob Ford, or staff in his office, were interested in one of my images. It was the same image that one of his family members bought from me at the TOAE, as seen below. 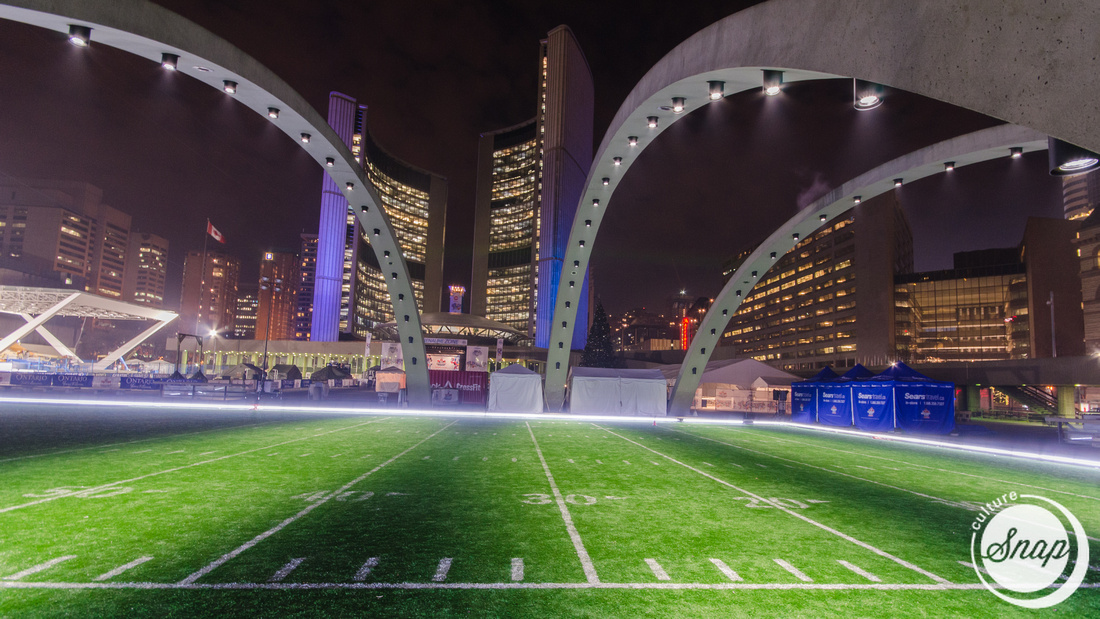 The Ford family member told me that Rob and Doug Ford are art collectors, and they were certain Rob would appreciate this image. I did not mention to the Ford family member that my photo of Rob was on the Globe website just a day or two before. I also only told a few close friends about the sale at the time. I wasn't sure what to make of the whole experience.

On Tuesday March 29th, the day before Rob Ford’s funeral, I was shooting photos for another project on Spadina Avenue, and a friendly lady started a conversation with me. Her name was Nada, and she had come from Hamilton that morning to pay her last respects to Rob Ford in City Hall. She was very kind and said how much she admired him.

"He was good for Toronto. He was a man, man you know? He did good things. He was for the little people... The people do love him. They did love him, do you know that? It is sad to go that way, because, you know, early age, because the life is not lived, fully life. It would be nice to see him again in some way, it really would! I'm getting emotional now, I'm sorry." 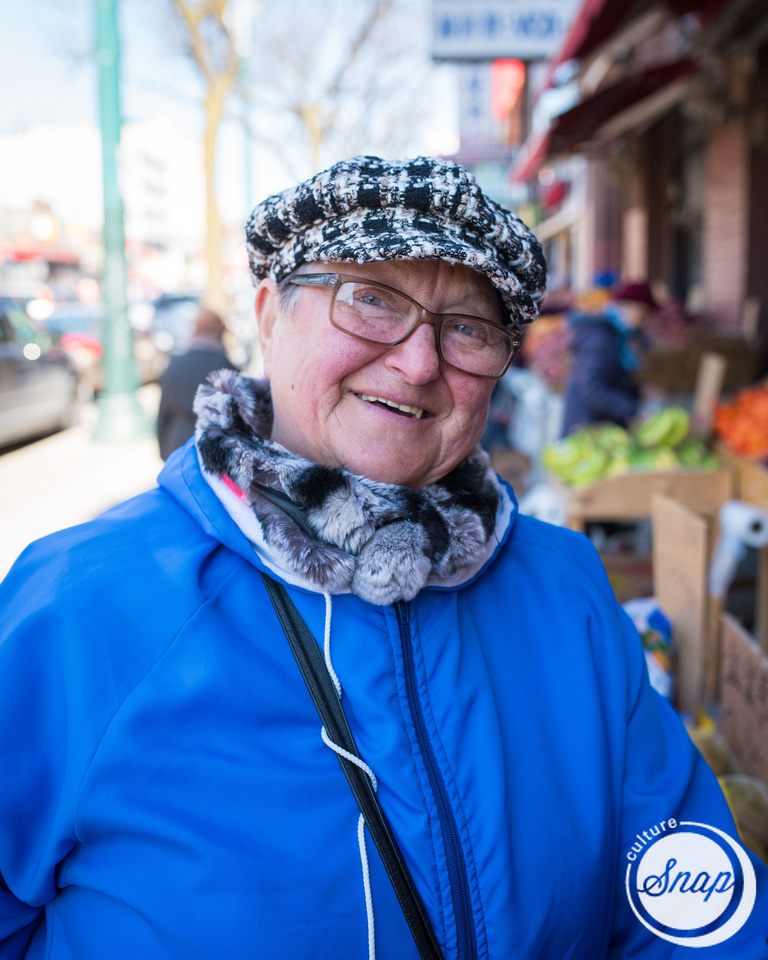 I am not certain what my encounters with Rob Ford, or his family members, mean entirely. His passing has certainly given me reason to reflect on the brevity of life, how each person has the capacity to create change, and how our actions echo in those near to us long after we are gone.

Despite his failings and struggles Rob Ford was admired and loved by many people - kind people such as Nada from Hamilton - and that will not easily fade with his passing. There will only ever be one Rob Ford and he will not be forgotten.