The days are better, the nights are still so lonely
Sometimes I think I'm the only cab on the road

What drives you? Or, rather, who drives you? After meeting many Toronto taxi drivers in the past few years, taking their portraits and hearing their stories, I now have a better idea. 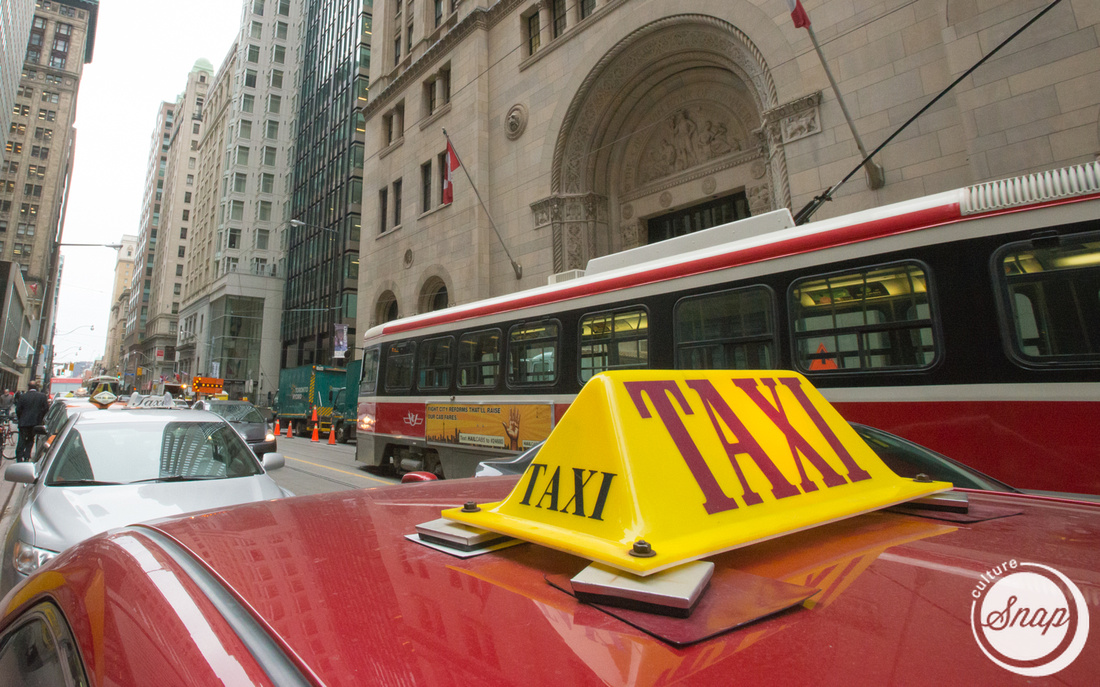 Taxis and streetcarTaxis and a streetcar on King Street West. Taken November 21st, 2013.

I believe the hard work of everyday people – not celebrities and grand public personas – helps make the world go round. With that motivation in heart and mind, I began a portrait series of Toronto taxi drivers in 2013 for a Portrait Photography course I was taking at Ryerson’s Chang School of Continuing Education. 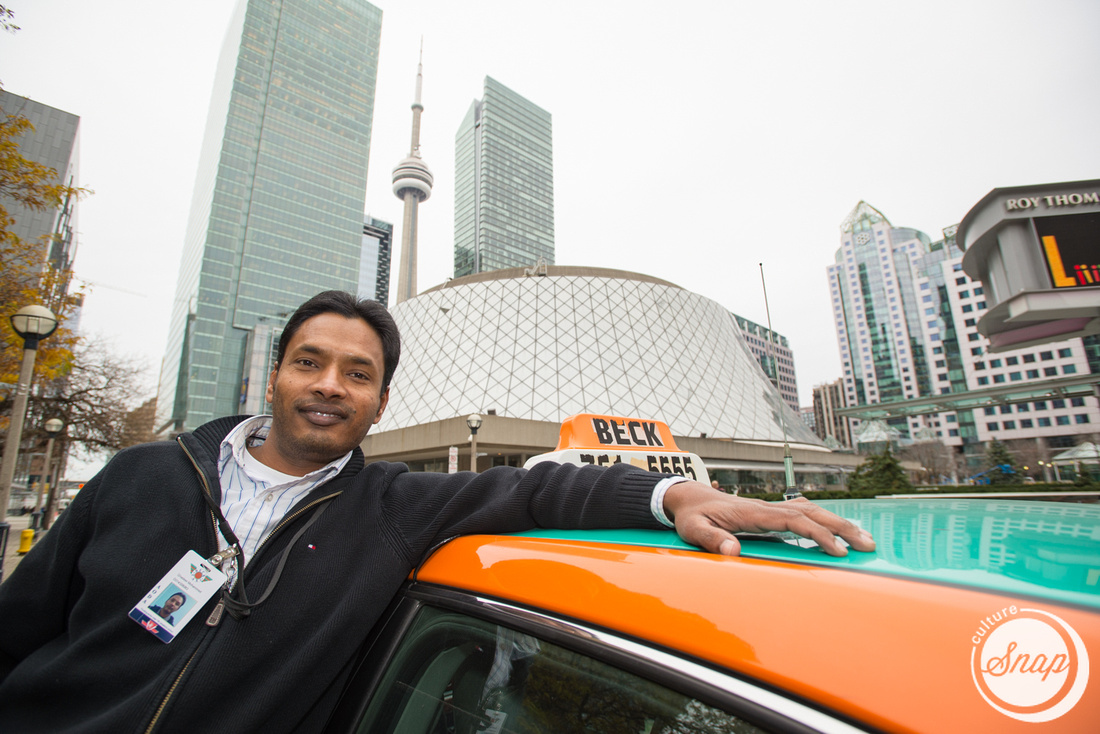 I put in a lot of effort reaching taxi drivers around the streets of the city, introducing myself, saying who I am and what my intentions are (“To show the best of Toronto’s taxi drivers”). I received many “Nos” for every “Yes”. It was hard work, but drivers who agreed to be involved were very generous with their time. (A special thanks to Kristine Hubbard of Beck Taxi, who helped me find several Beck drivers). I took a variety of portraits of every driver, both inside and outside of their vehicle - each time in a different part of Toronto - and asked them five or six questions about their work. 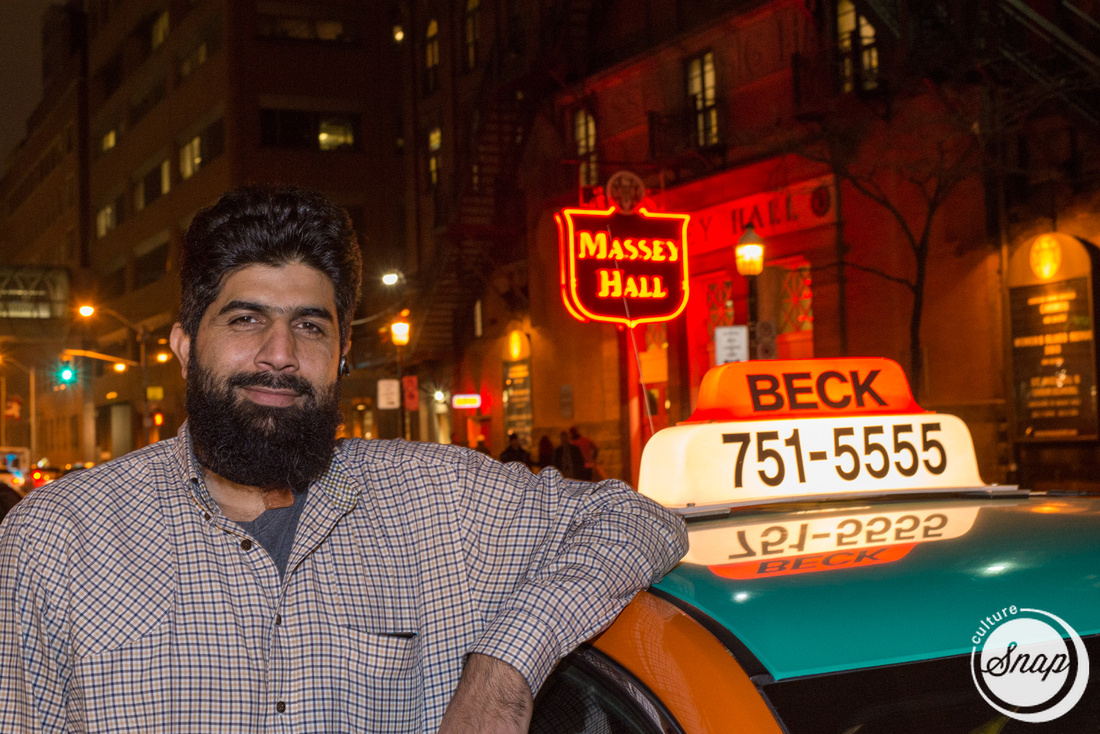 I received great feedback on my series from my wonderful course instructor Margaret Diatolevi of Avenue Photo, and from fellow students, but my life remained busy with three kids, courses, and other commitments so I did not immediately continue the series. 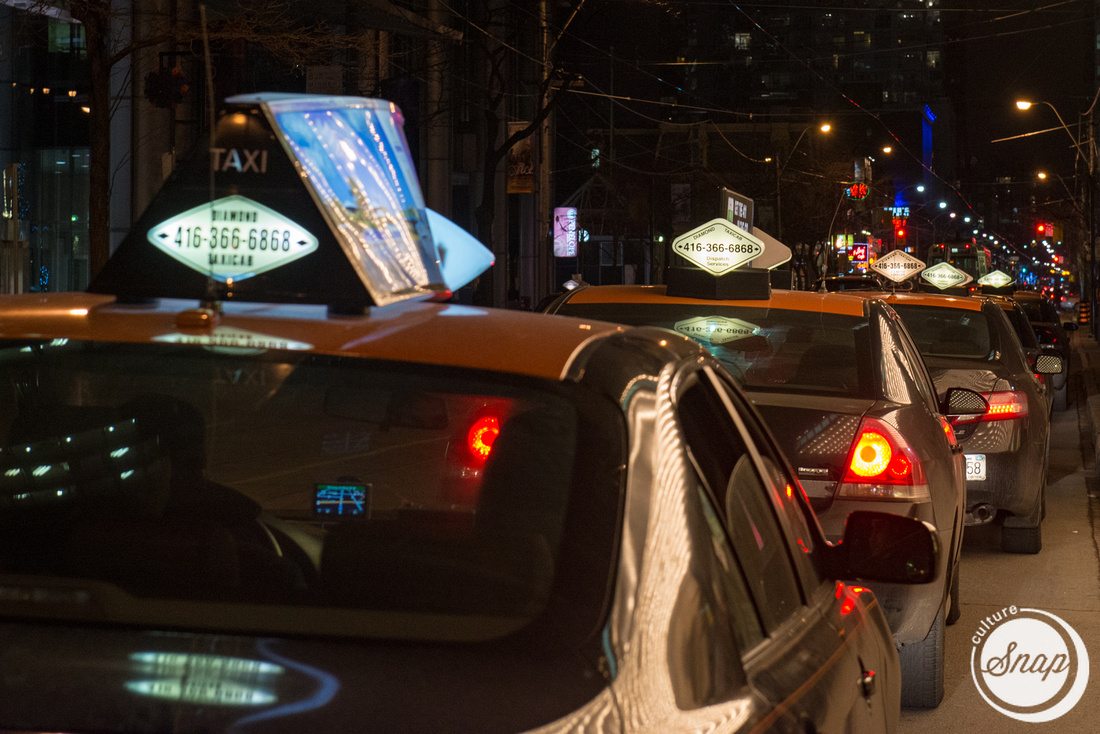 Graduating from Ryerson’s Chang School Photography Program in June of 2015 offered me more time to take on new, or restart old, photo projects. A workshop held in October 2015, organized by my former Documentary Photography instructor, Ruth Kaplan, motivated me to begin documenting taxi drivers once again. 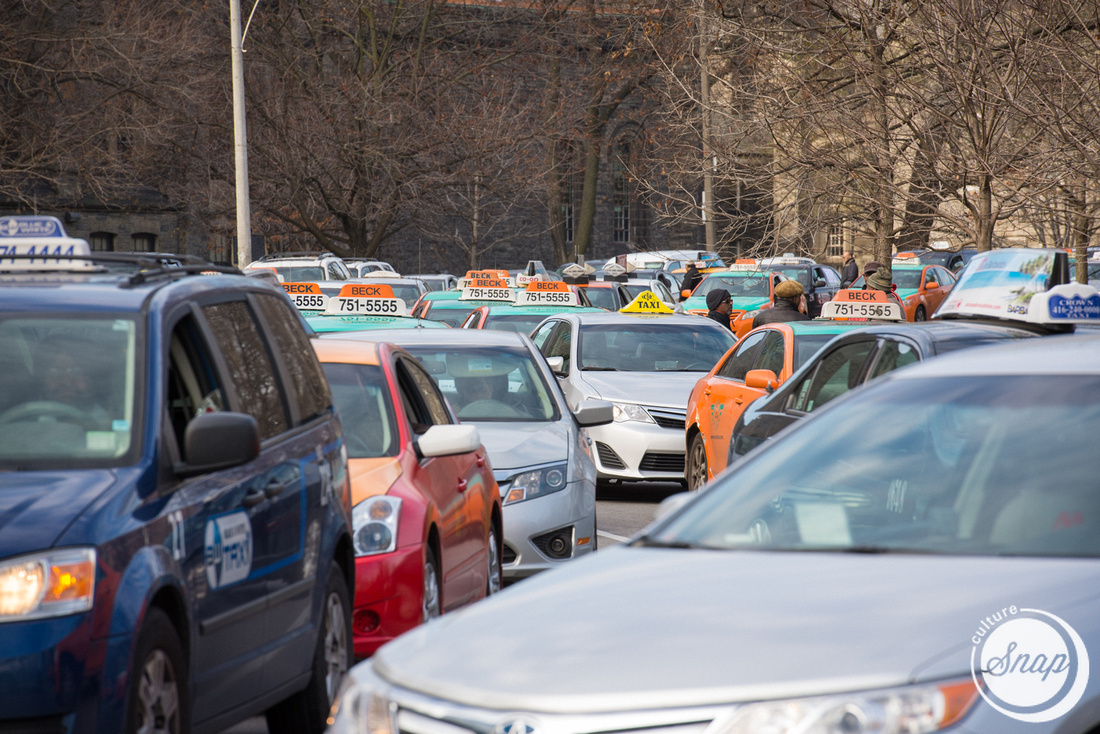 Since the fall of 2015 I have met many taxi drivers, and heard many stories of their work, and their feelings about the state of the taxi industry since the UberX ride-sharing service arrived here (UberX was not active in Toronto when I began my portrait series). This blog post shows a just a few of my best taxi images. I hope to soon find a venue to show a larger selection of my portraits, along with quotes from the many kind drivers who chose to be involved. 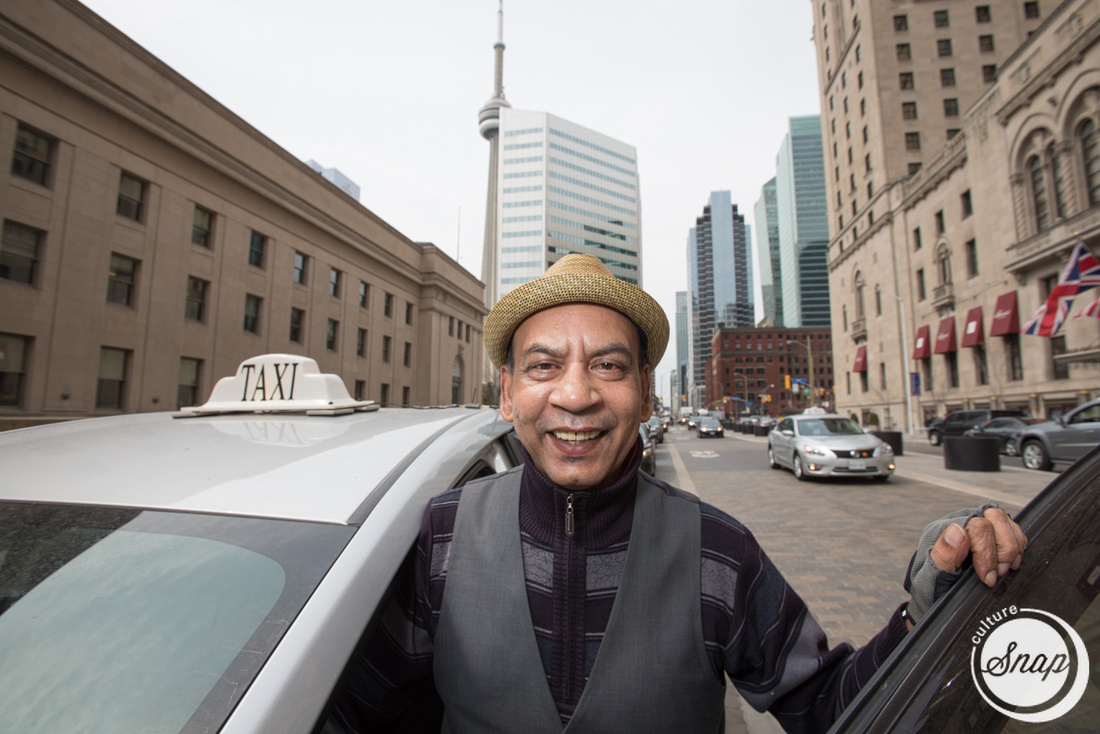 The City of Toronto recently voted to allow Uber to legally operate in Toronto. Ride-sharing services like Uber are clearly here to stay. No matter what side you are on – taxi or Uber – I feel taxi drivers, who are struggling to adapt to the massive changes in their industry, deserve our respect. To understand more of their position, take a moment to read this well-written article by a Toronto taxi driver with some 33 years experience. For a broader perspective on the complexities of the taxi industry, this article by Peter Cheney, is a worthy complement on the subject. 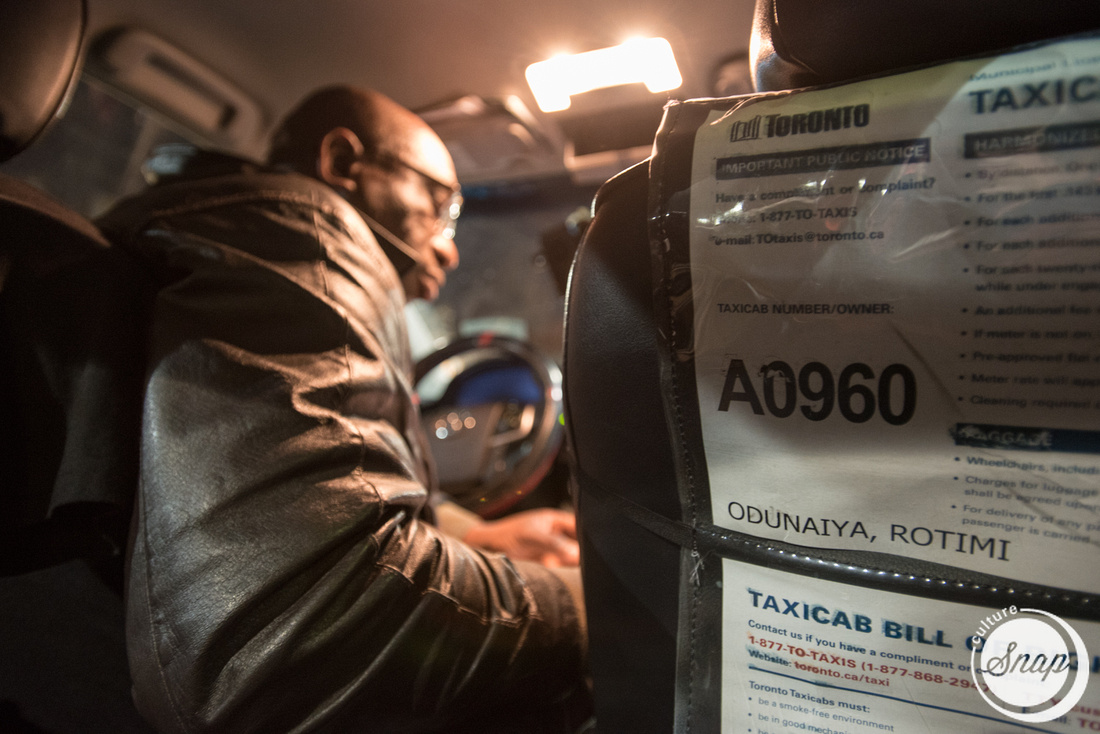 I hope that my taxi portrait series will help people understand a bit more about those who work around the clock to help their passengers – you and I – to reach their destinations. My many thanks to all the kind drivers I met. I wish them success in finding ways to adapt to the many changes now facing their industry. 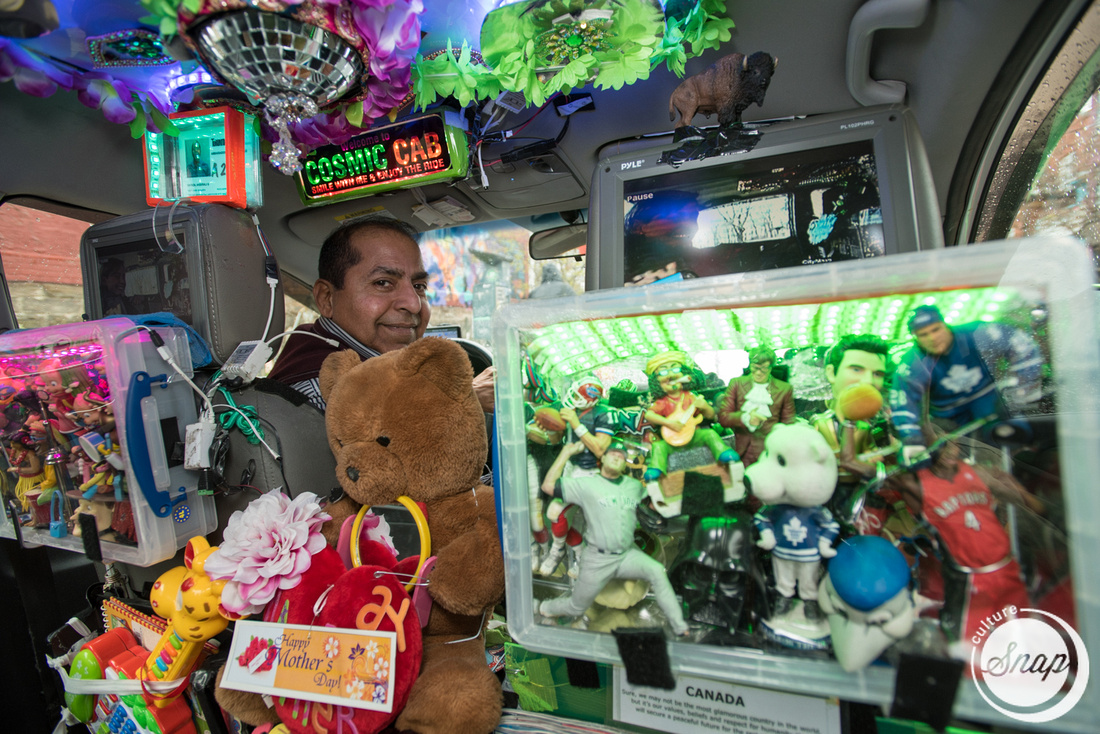 The Cosmic CabAkber, driver of the infamous "Cosmic Cab". Taken May 4th, 2016.

(Akber, driver of Toronto's one and only Cosmic Cab, in Kensington Market. Taken May 2nd, 2016.)