This past August I was hired by the Institute for Canadian Citizenship (ICC) to document a citizenship ceremony in High Park. As someone with a background in welcoming newcomers (with Matthew House), and developing global citizenship skills in Canadian youth (with World Vision), and who specializes in documenting non-profit organizations, I naturally jumped at the chance.

So, on Thursday August 3rd, I spent the afternoon covering a beautiful event: thirty-five individuals from many backgrounds joining as one in declaring their loyalty to Canada and their new identity as Canadian citizens.

The event started with people signing in and turning in their permanent resident cards, as they will no longer need them. After the ceremony each new citizen is able to apply for a Canadian passport. 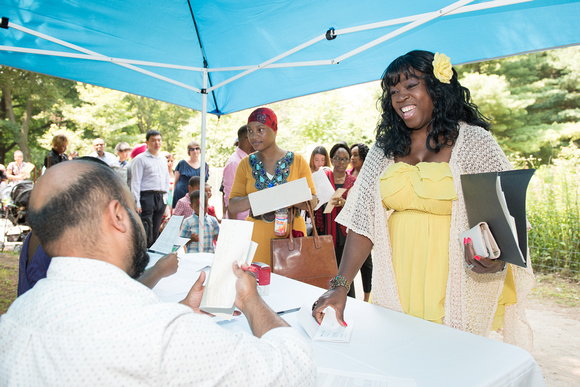 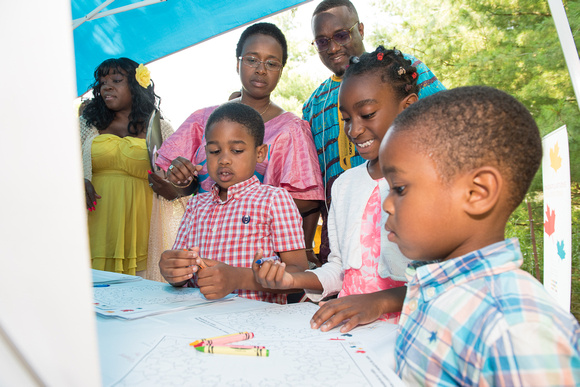 People then gathered for round tables where community leaders facilitated a discussion of what becoming a Canadian citizen means to them. Members of each table stood to share with the larger group something meaningful from their table's discussion. It was inspiring to hear the personal stories and expressions of love for Canada as I worked to capture the moment. 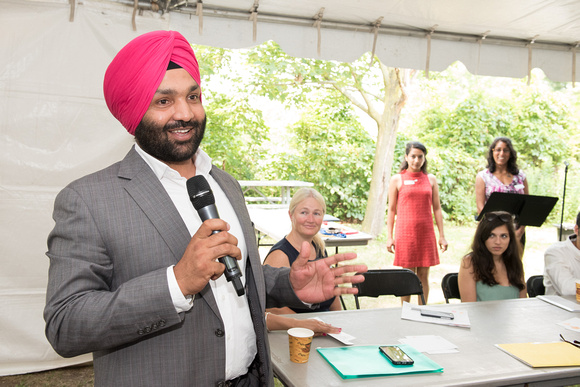 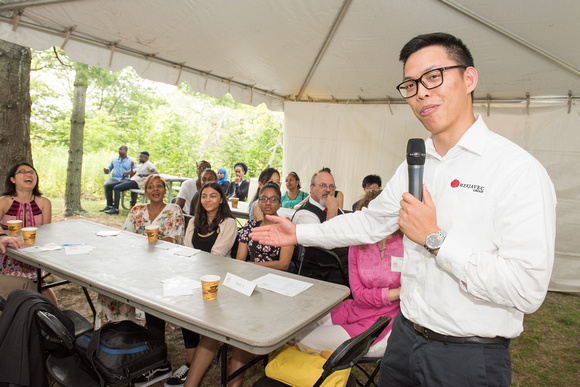 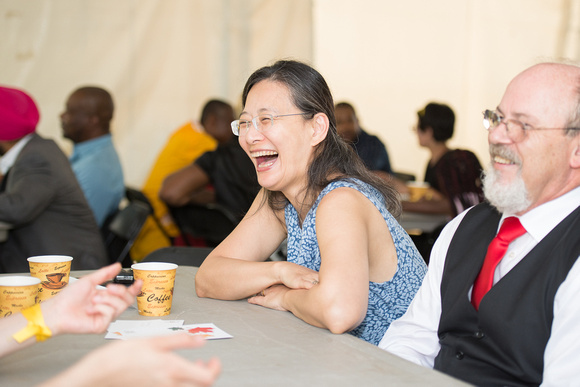 After the table talks, everyone moved to the amphitheatre for the main ceremony. This is the same amphitheatre where Canada Stage holds Shakespeare in High Park. 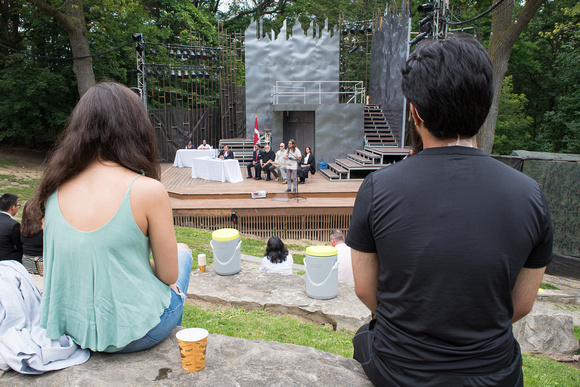 Canada Stage was a partner in the event and the theatre company's Artistic and General Director, Matthew Jocelyn was one of the speakers on stage. Member of Parliament for Parkdale-High Park, Arif Virani, as well as Salah Bachir, President of Cineplex Media and Chancellor of OCAD University and Alykhan Haji, the Acting Director of ICC's Building Citizenship program were also on stage to witness the event and to speak to the new Canadian citizens.

The event opened with a smudging ceremony led by Aboriginal Elder Cat Criger. 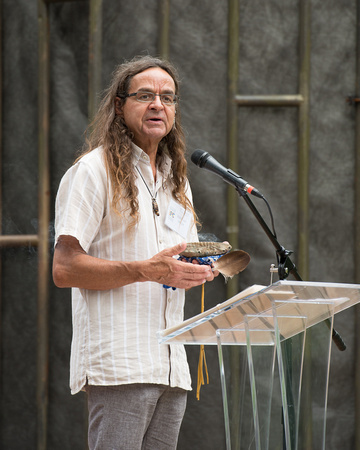 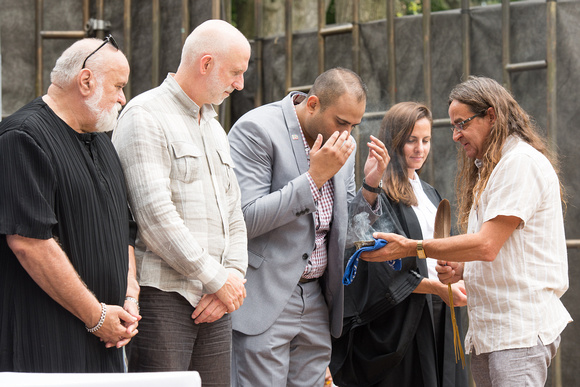 Citizenship Judge Albert Wong presided over the ceremony with a warm balance of wisdom, personal insight and humour. 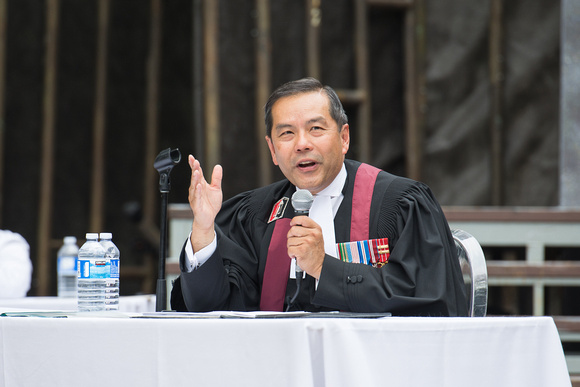 People declared the oath of citizenship. 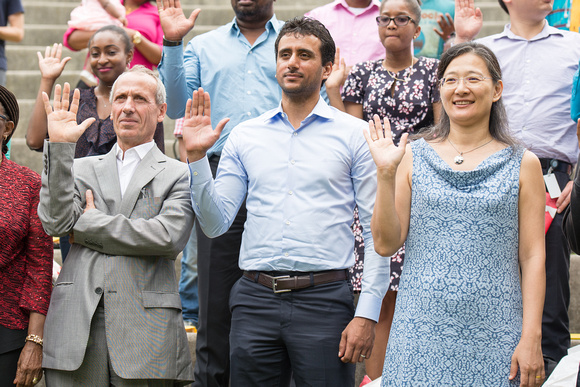 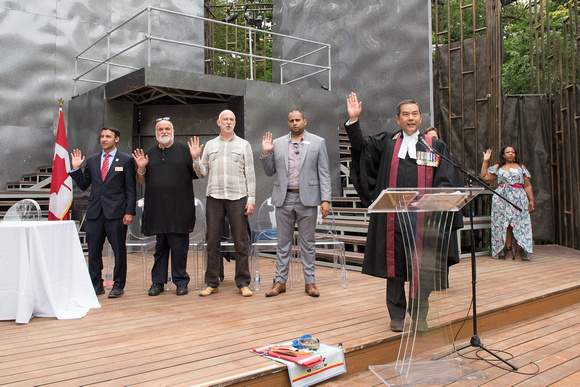 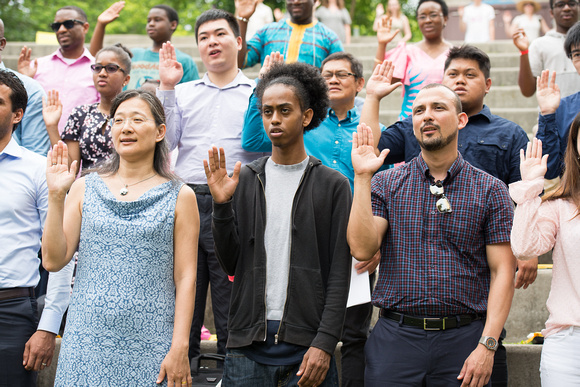 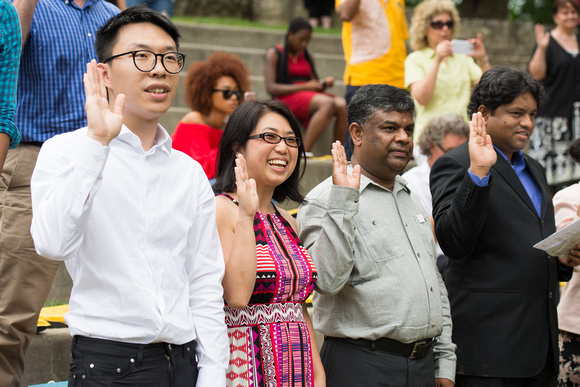 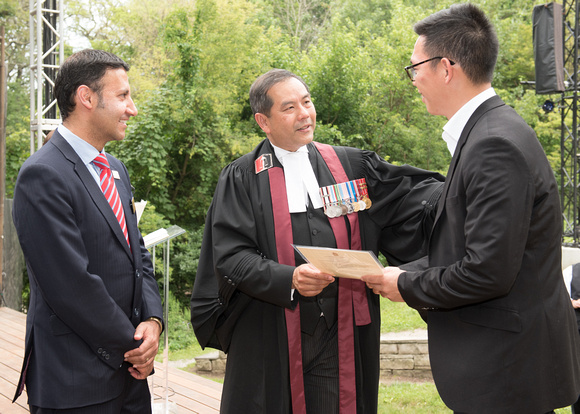 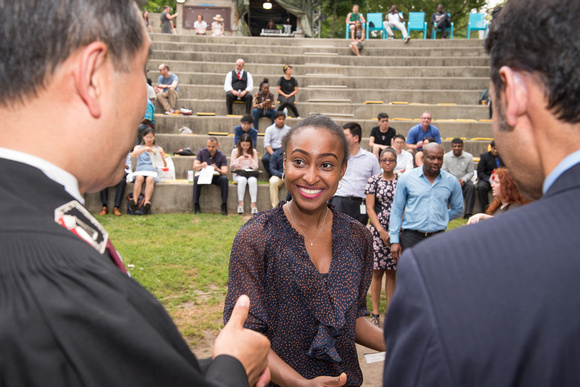 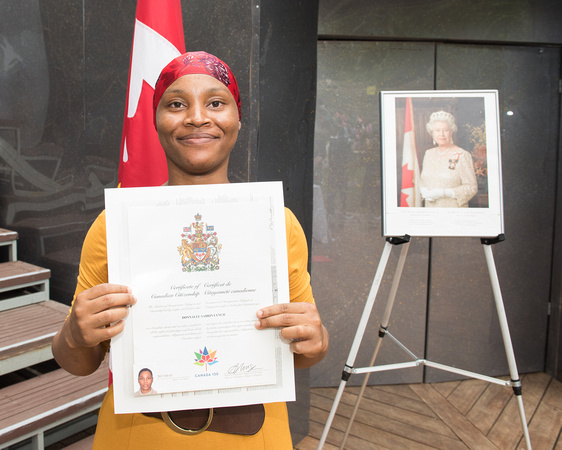 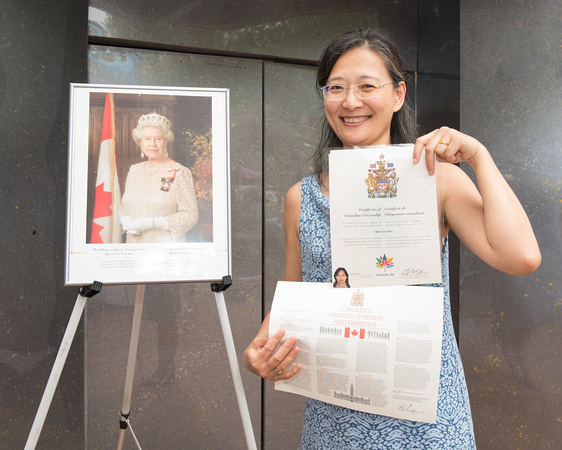 Jenni Burke, an experienced Canadian actor who was in this past summer's Shakespeare in the Park show, sang O Canada. It was clearly an emotional moment for many present as they sang the anthem for the first time as a Canadian citizen. (I joined in as I took photos, and was quite moved as well.) 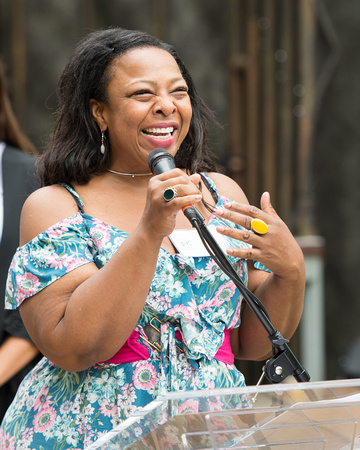 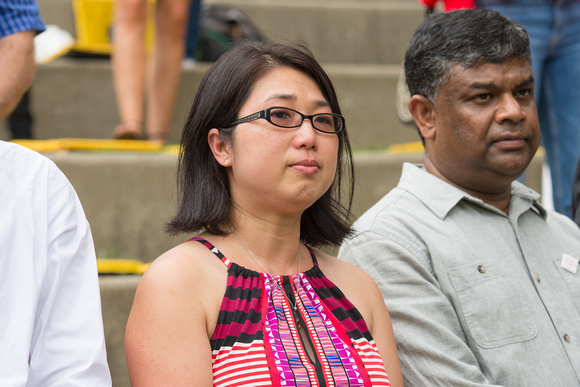 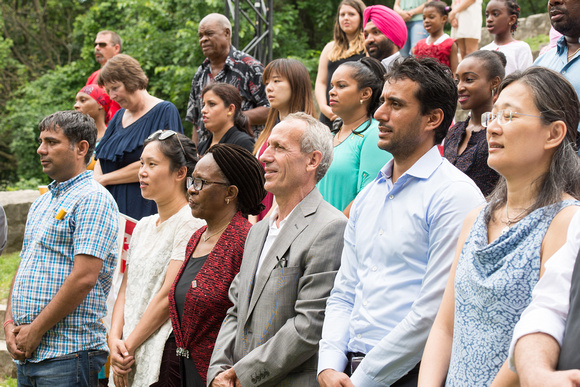 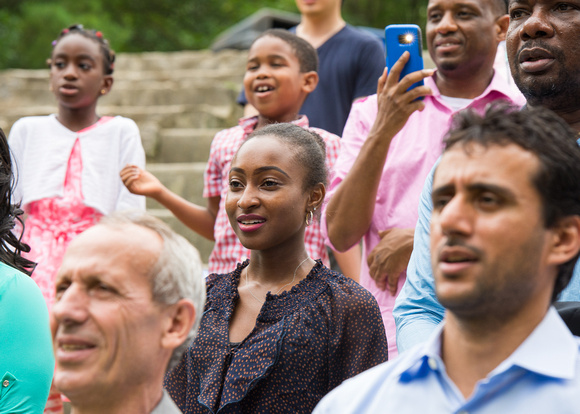 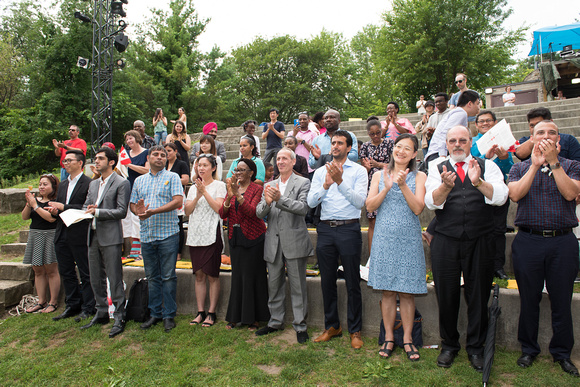 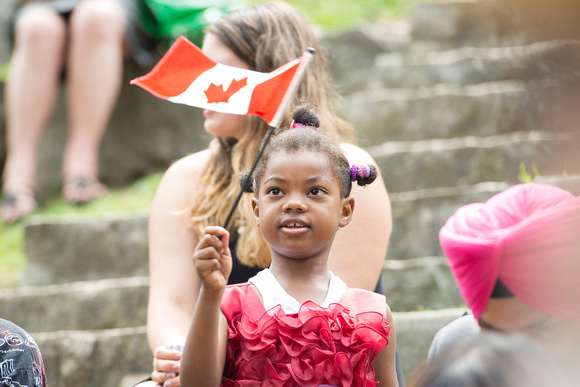 Words were spoken by the special guests onstage, and then, of course, there was cake! 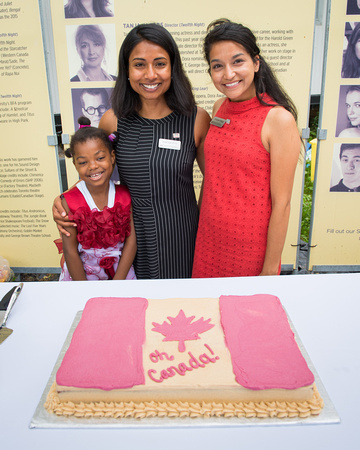 I admire how well the Institute for Canadian Citizenship organized the ceremony to be meaningful and engaging for all involved. My thanks to them for hiring me to document the day. It will definitely be a highlight of my photo work for 2017.

To see a more complete set of images from the event, please click here.