On Wednesday September 19th I had to pay a visit to Toronto City Hall. I was going there to deliver a framed print to a customer, who made the purchase at the Danforth East Arts Fair on the weekend that had just past. 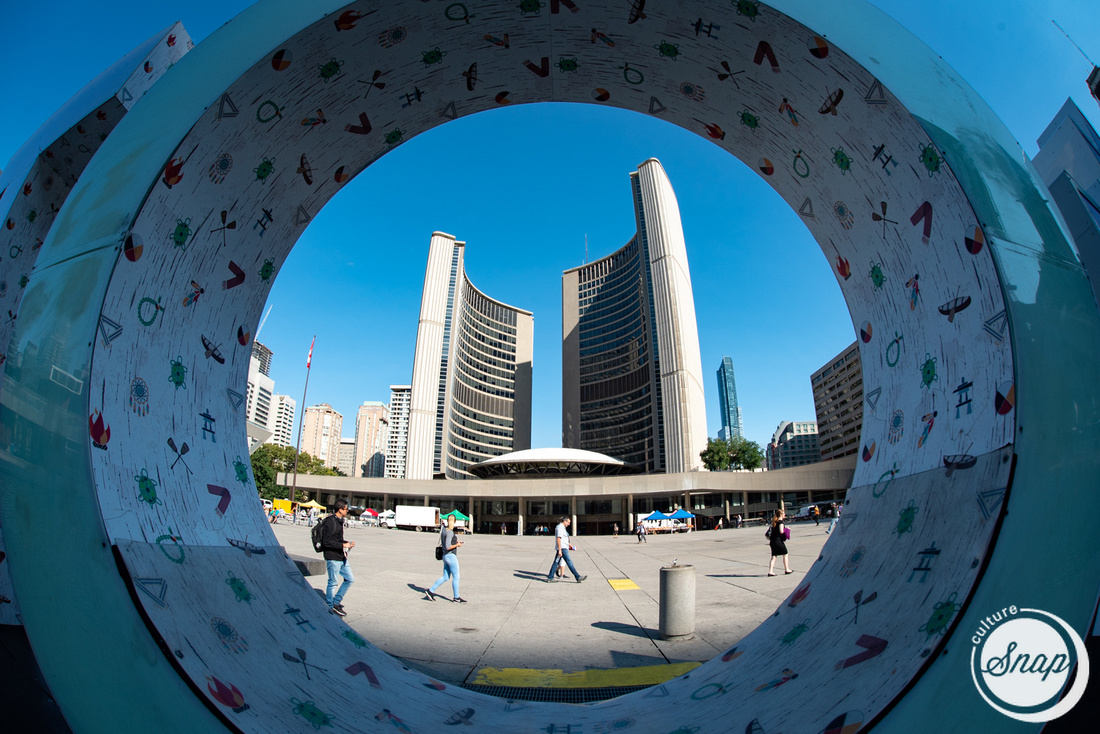 As is always when I head downtown, I brought my camera. I like to be prepared for unique moments to capture, as my photo art shows. On this day I brought a standard zoom lens (24-70 2.8) and a fisheye lens, which I occasionally use to add some fun variety to my images. 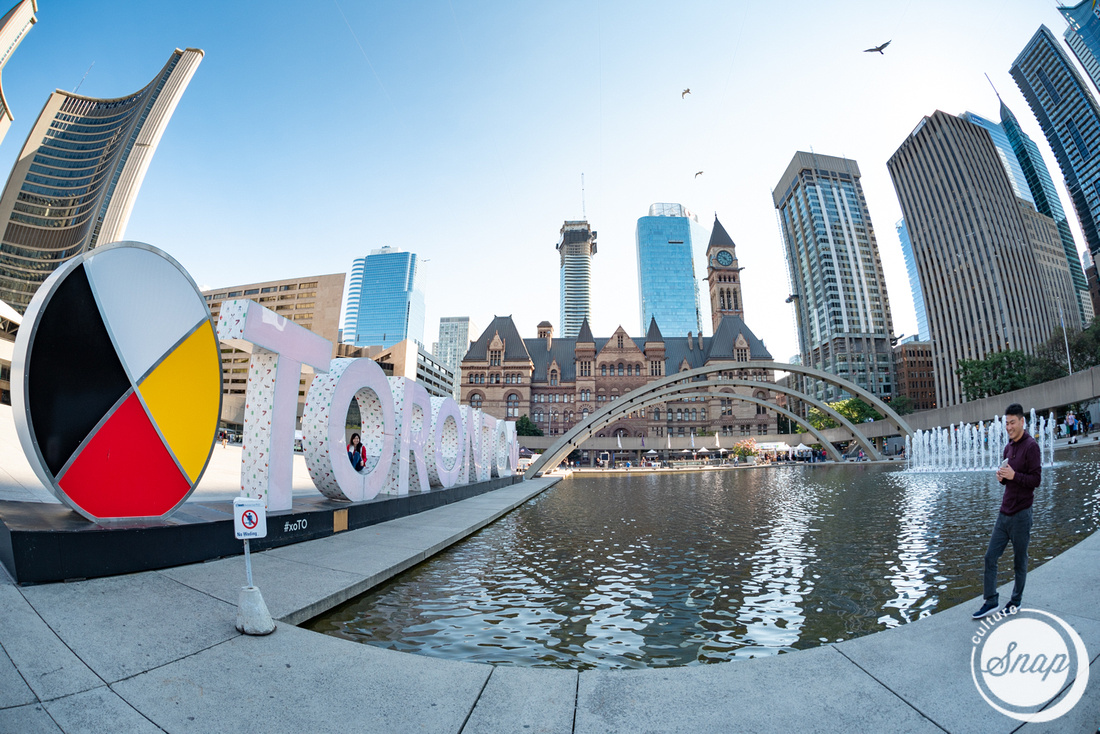 It was a unique day to visit Toronto City Hall, as the Ontario Supreme Court was going to make a decision on whether to stay the decision of Justice Belobaba on a bill (Bill 5) which would shrink Toronto City Council from 47 to 25 councillors. As the announcement was to come at 10:00 AM, I decided to first go by the nearby Supreme Court grounds, before going into City Hall. When I arrived I encountered a major hubbub of activity... 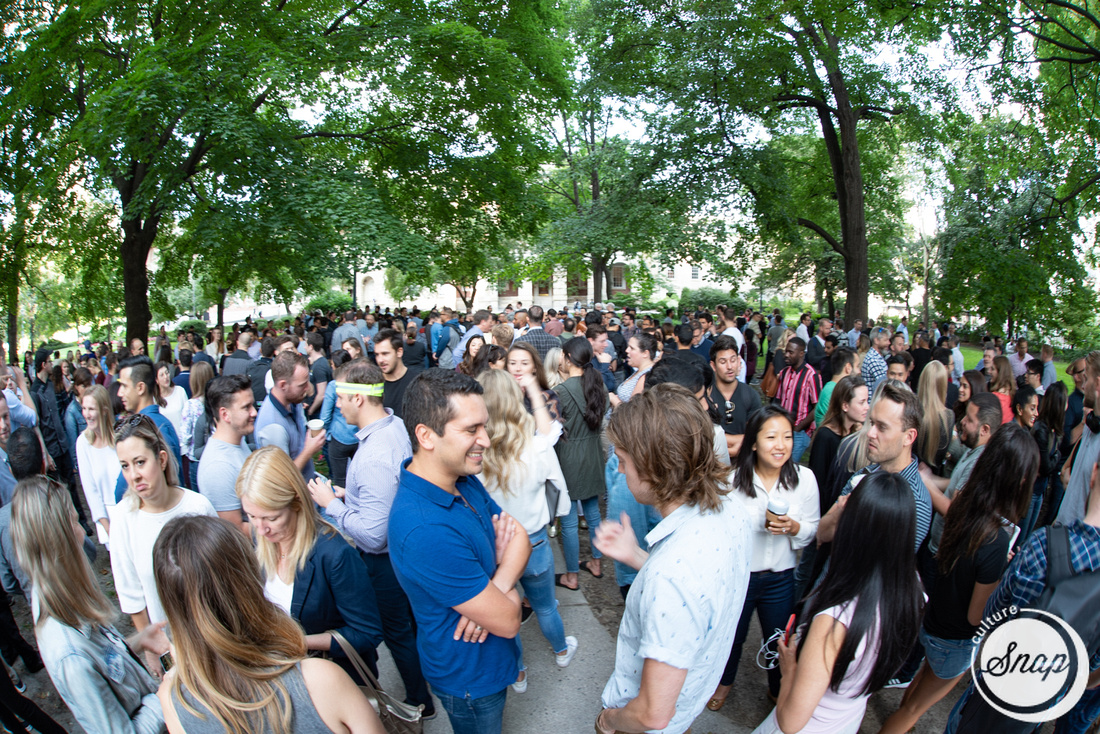 I initially took this as a sign of hope - people were prepared to protest if the Supreme Court decision went badly. But alas - it was only a crowd of people who had evacuated a nearby building due to a fire alarm!

When I got closer to the Supreme Court building, I was left scratching my head (that is not me in below photo) - why were only two media outlets present? I learned that the Supreme Court were deivering a written decision, and hence no one would be speaking directly to the press. Shortly thereafter the Ontario Supreme Court's decision was announced. They did in fact stay the previous Justice's decision. Like many, I was disappointed with this outcome.

I went to Toronto City Hall and, while there, learned that Mayor John Tory would soon be speaking to the press in response to the Ontario Supreme Court's decision. I had attended press conferences by Mayor Rob Ford, our current premier's brother, in the past, so was familiar with navigating the "presser" environment. (To see some of my past photo interactions with Rob Ford, please see this blog post from 2016). I decided to stay and capture some photos of our current Mayor's response. 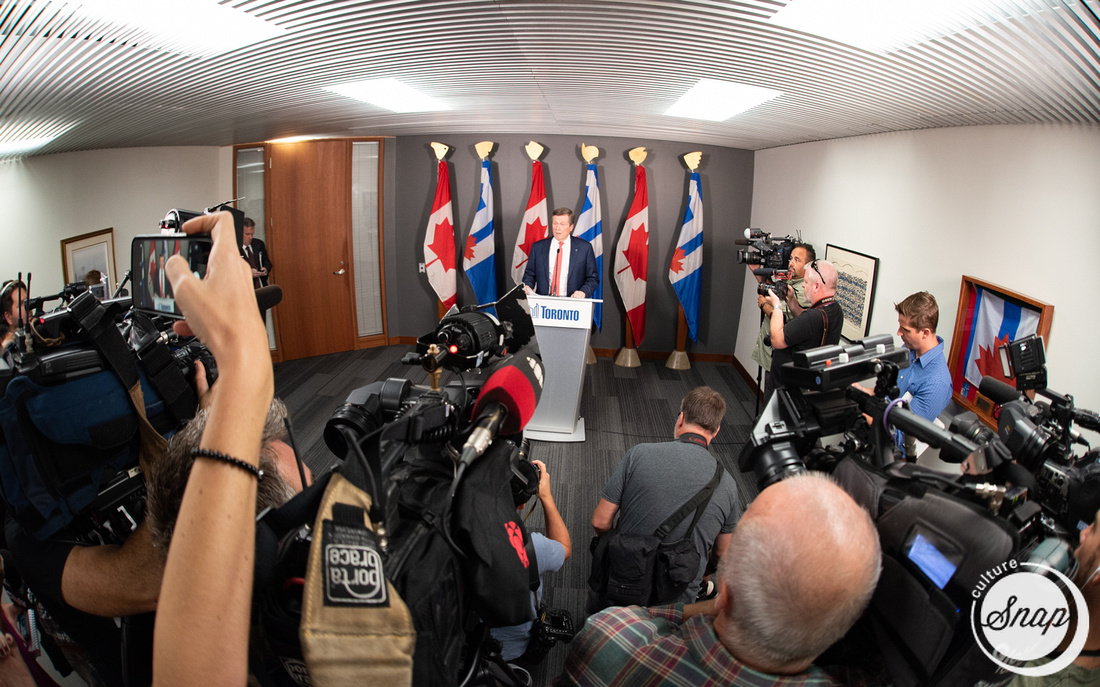 The room was packed, and Mayor Tory delivered some clear and strong words expressing his disappointment with the Ontario Supreme Court's decision. I found these to be the most significant:

"I have opposed, and continue to oppose, the provincial government's actions. They are unfair, they are unnecessary, and they are unprecedented." 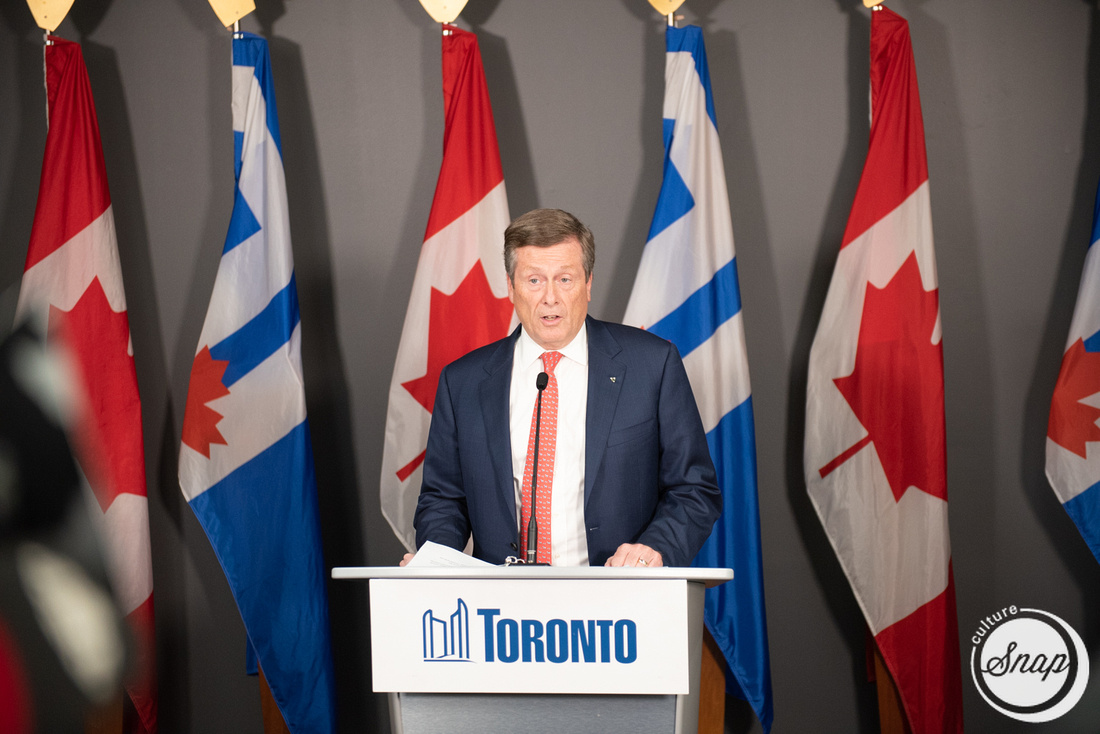 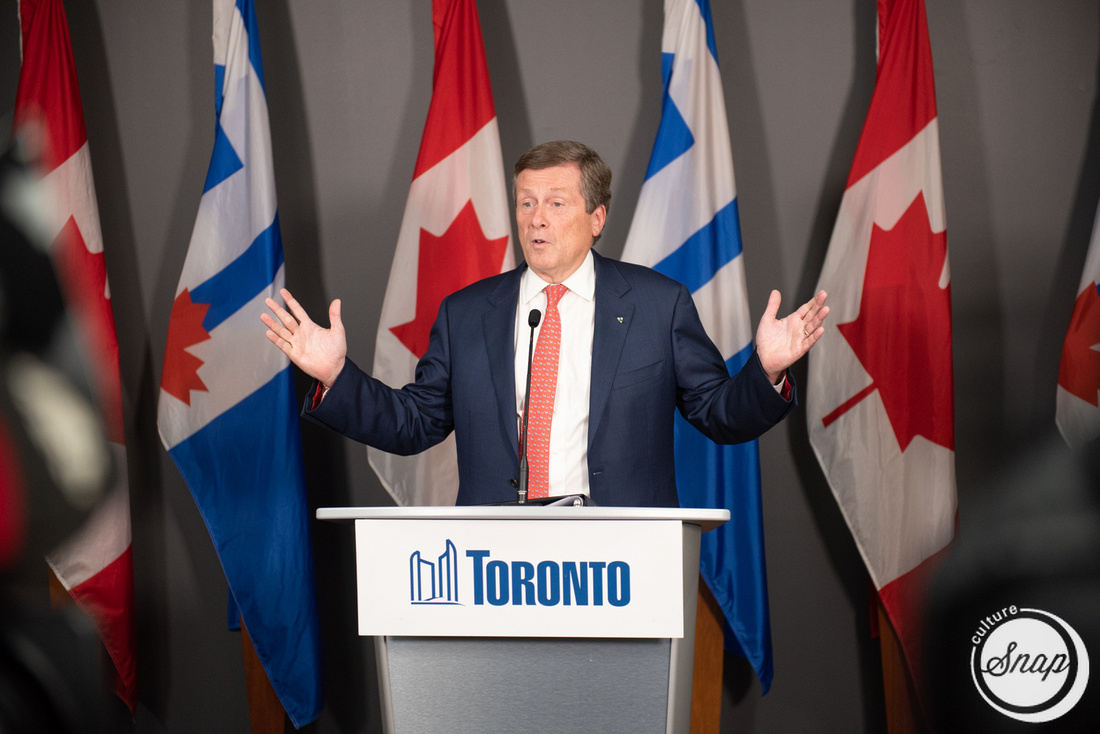 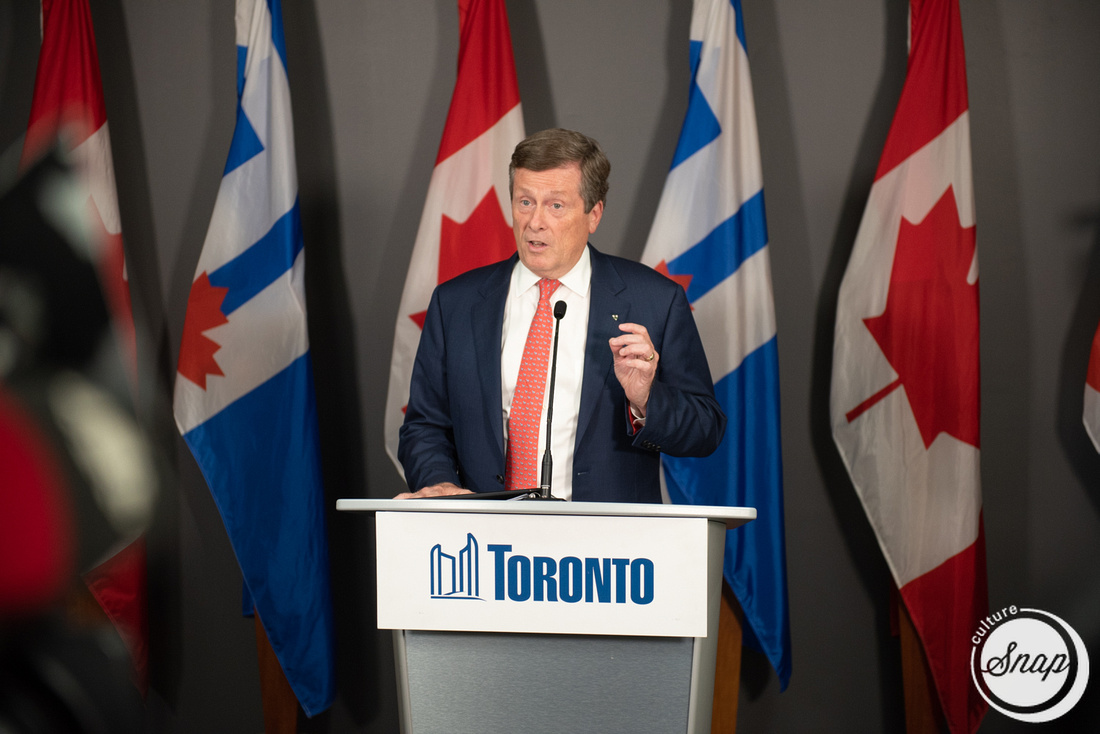 Following the press conference I did some additional photography inside City Hall and around Nathan Phillips Square... 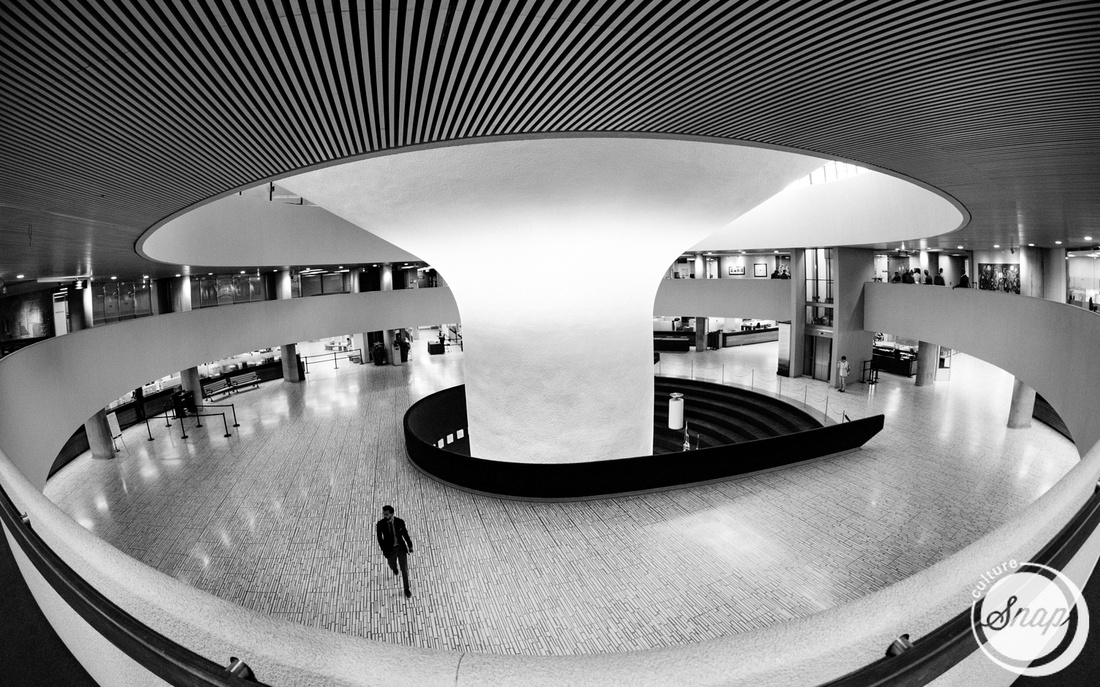 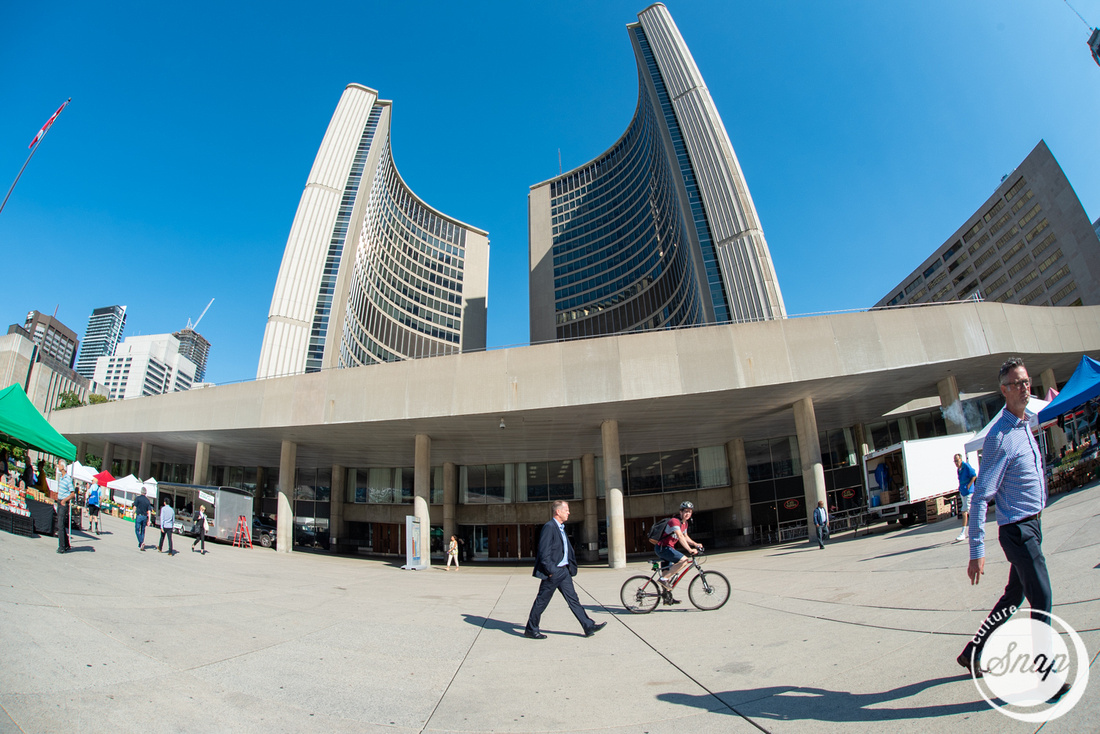 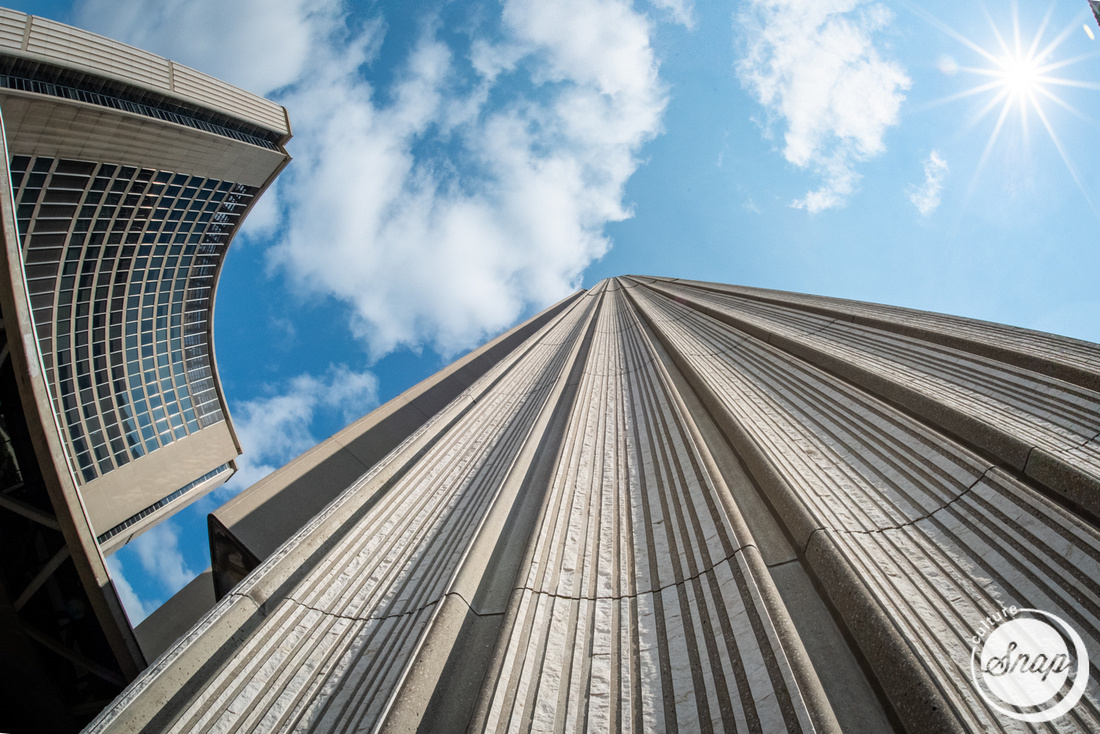 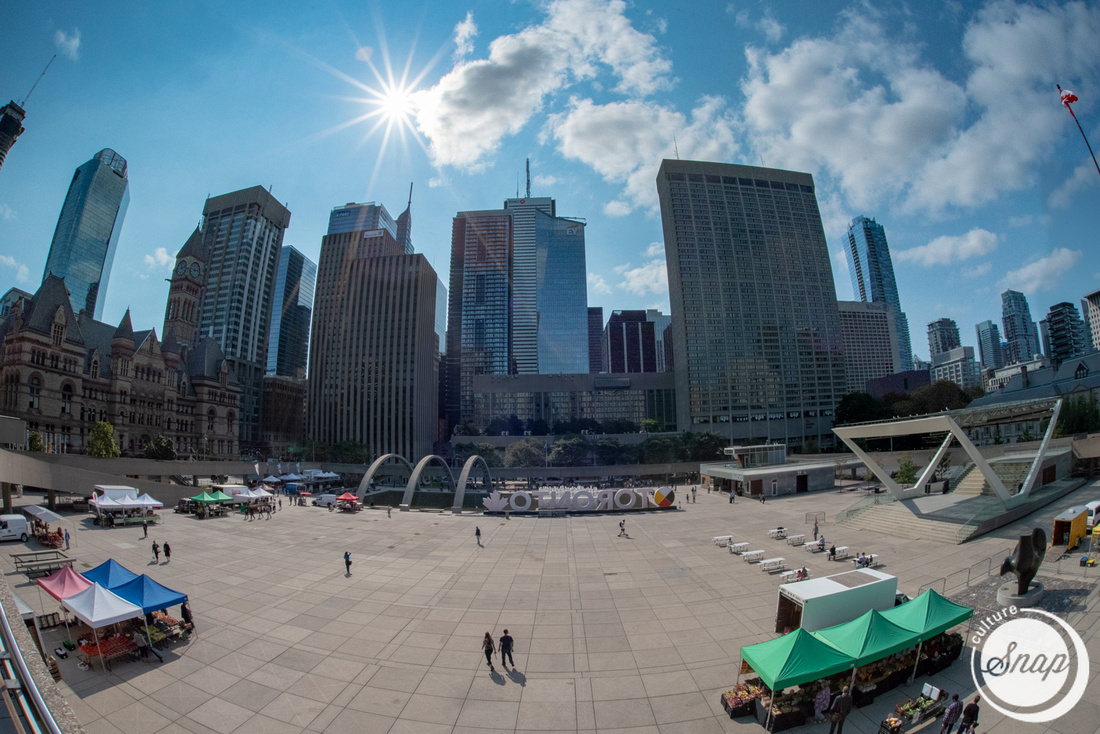 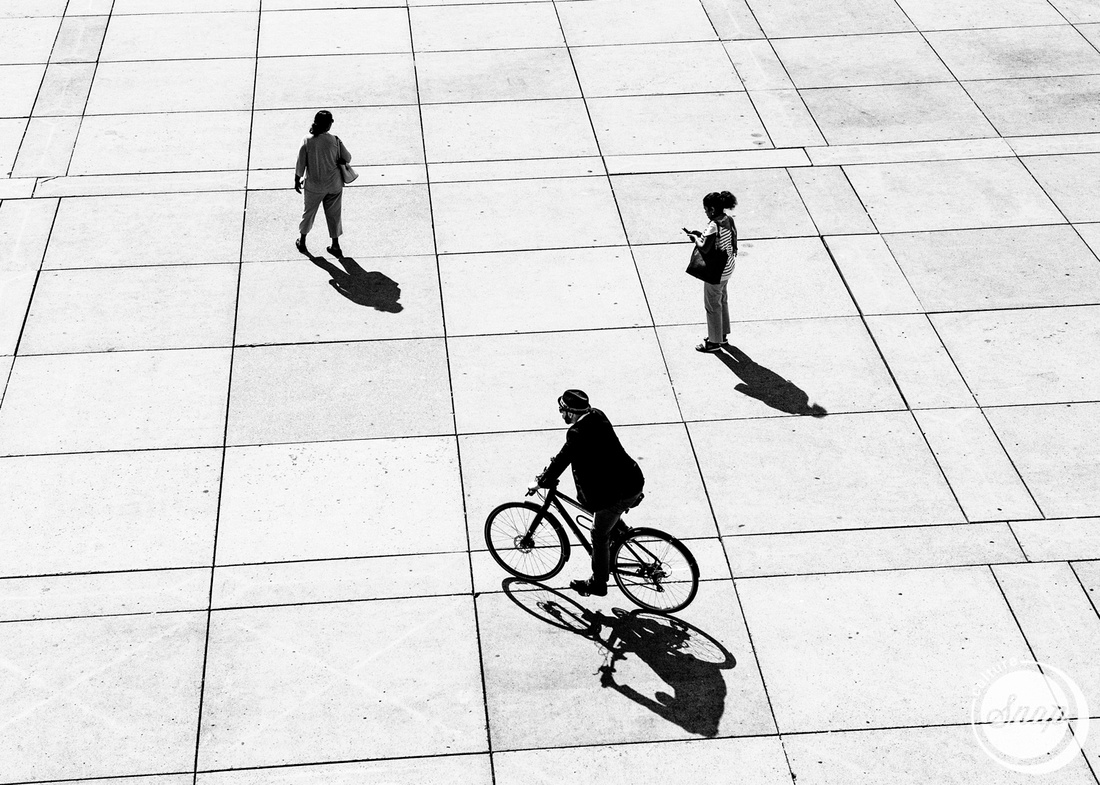 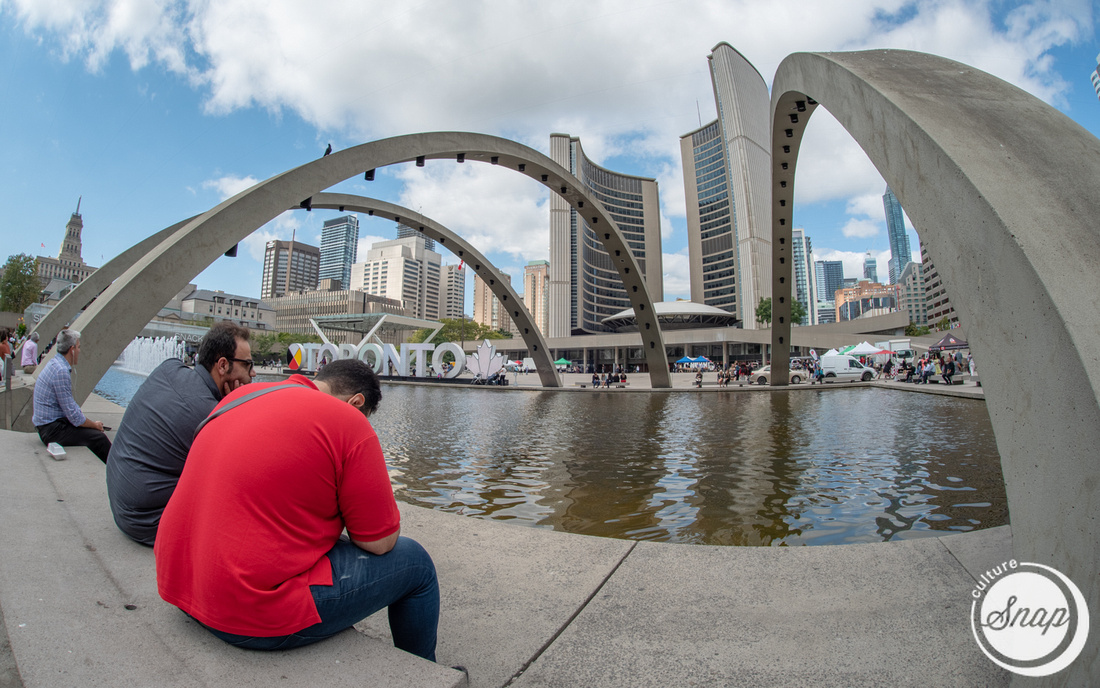 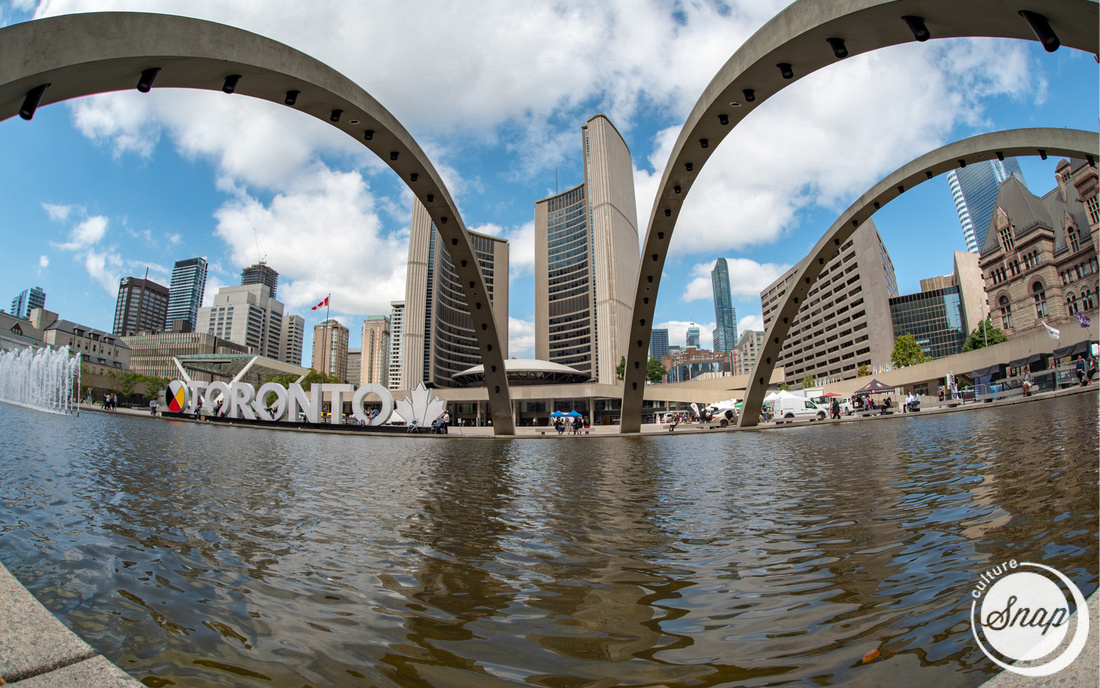 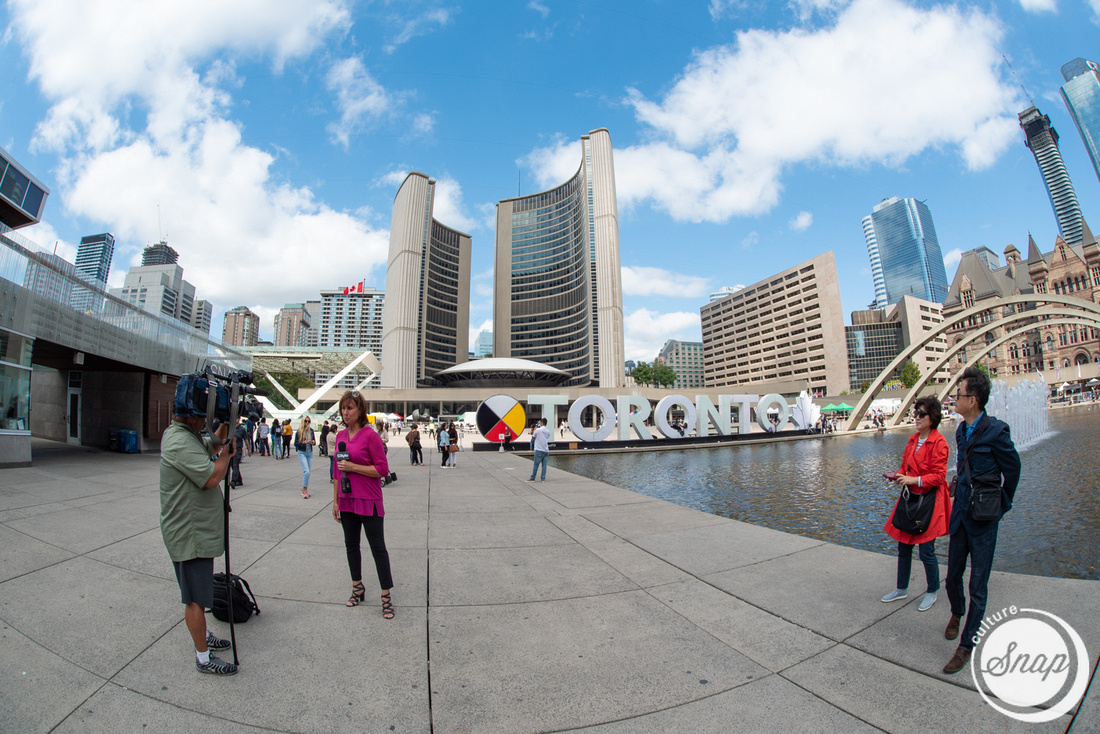 It was, if nothing else, another fascinating visit to City Hall. I have visited there many times before, and no doubt will again.

Thanks for reading! Stay tuned for my next blog in the coming weeks.