A Day in Havana - The Cuban School of Boxing

In mid-March I had the privilege to tour Havana with talented Cuban artist Alfredo Sarabia, a professor of photography at the Havana University of Art.

This blog is the second of a series of posts sharing images I captured that day. To see the first post, please click here. We were running late after a wonderful lunch at a local paladar (a privately owned restaurant), and so the boxers were already in the ring sparring. We were  welcomed to begin taking photos. 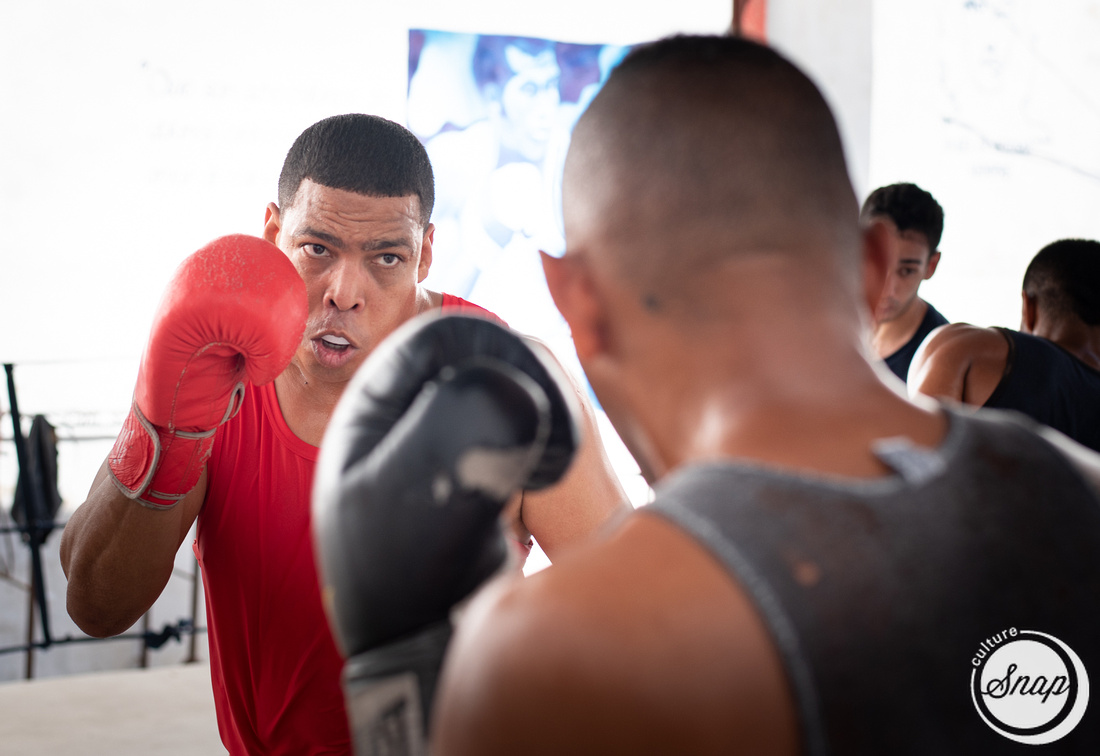 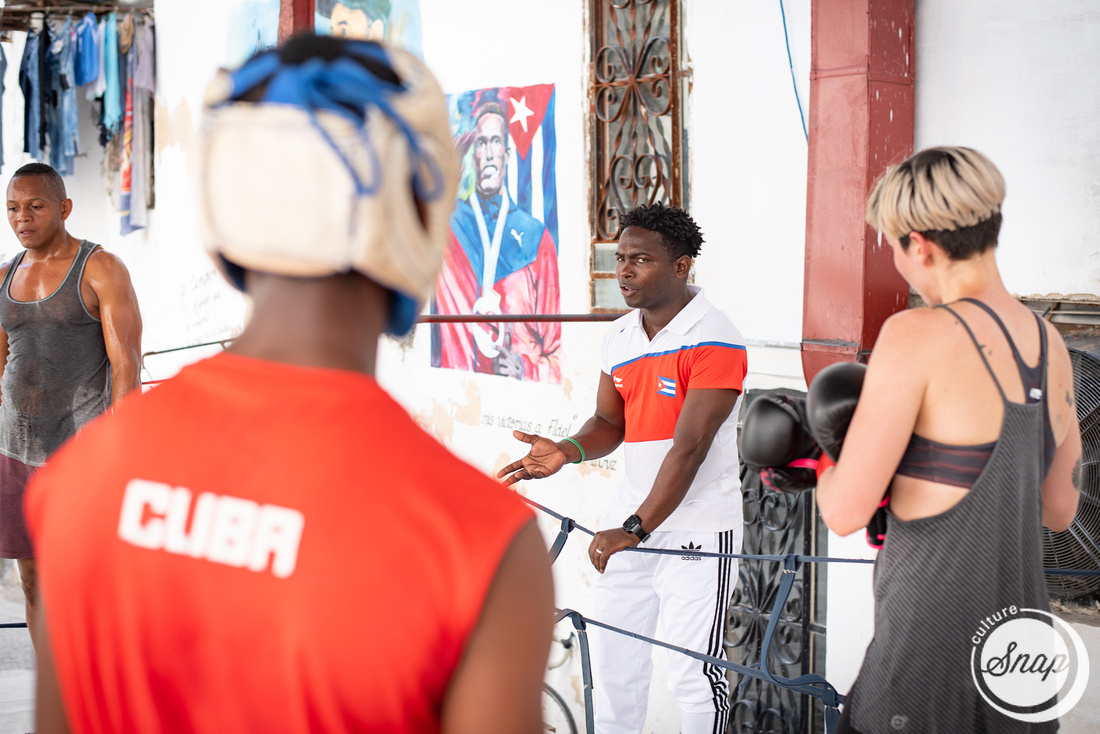 Some neighbourhood children came by to watch.

I appreciated the walls, which were covered with inspirational artwork and quotes about boxing, or Cuba. "The attack is only half of the art of boxing." - "Float like a butterfly, sting like a bee. Your hands cannot hit what your eyes cannot see. " - Muhammad Ali 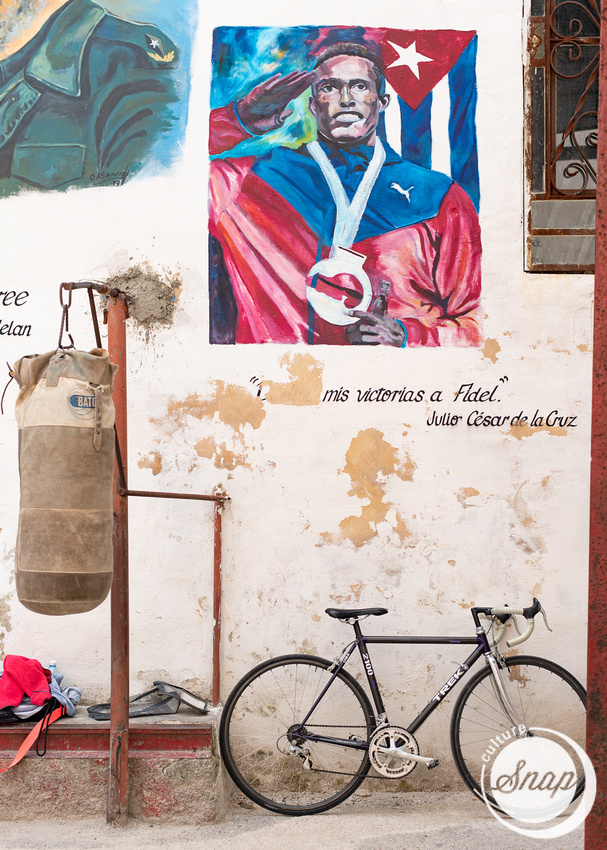 - "No Latin-American country has done more than Cuba for sport." - Fidel Castro

- "I believe in Fidel like any religious believes in Christ." - Mario Kindelan

Coach Miranda took some athletes aside to train on specific skills. 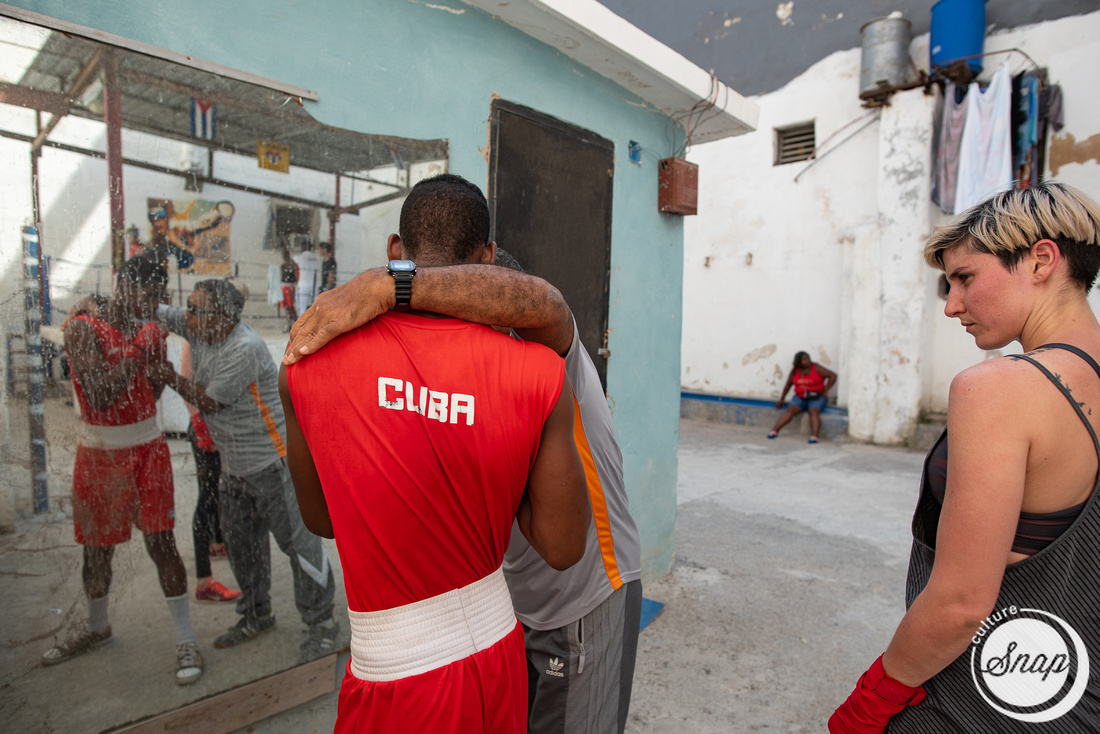 Coach Michel continued to work on sparring skills with other athletes. All of the boxers then did a circuit training routine, moving from station to station in timed sessions. - "A champion is someone who gets up when he cannot." The athletes then stretched and cooled down back in the ring. 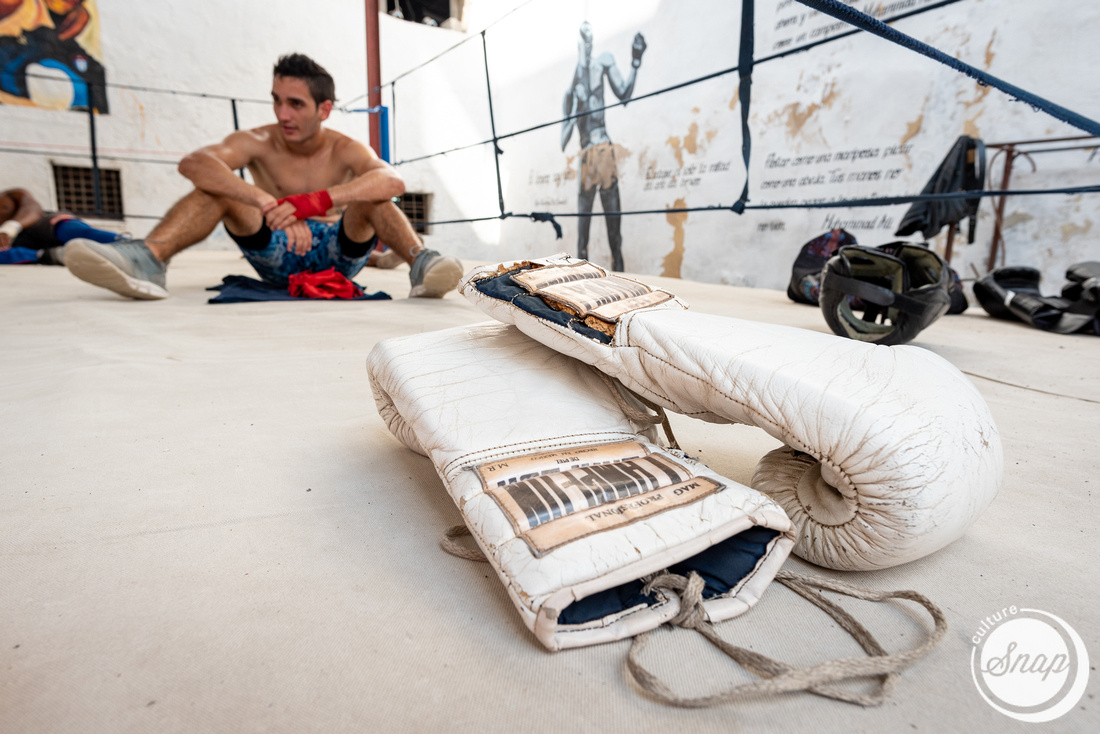 David, who arrived a bit later than others, continued to work on his skills at the punching bag. 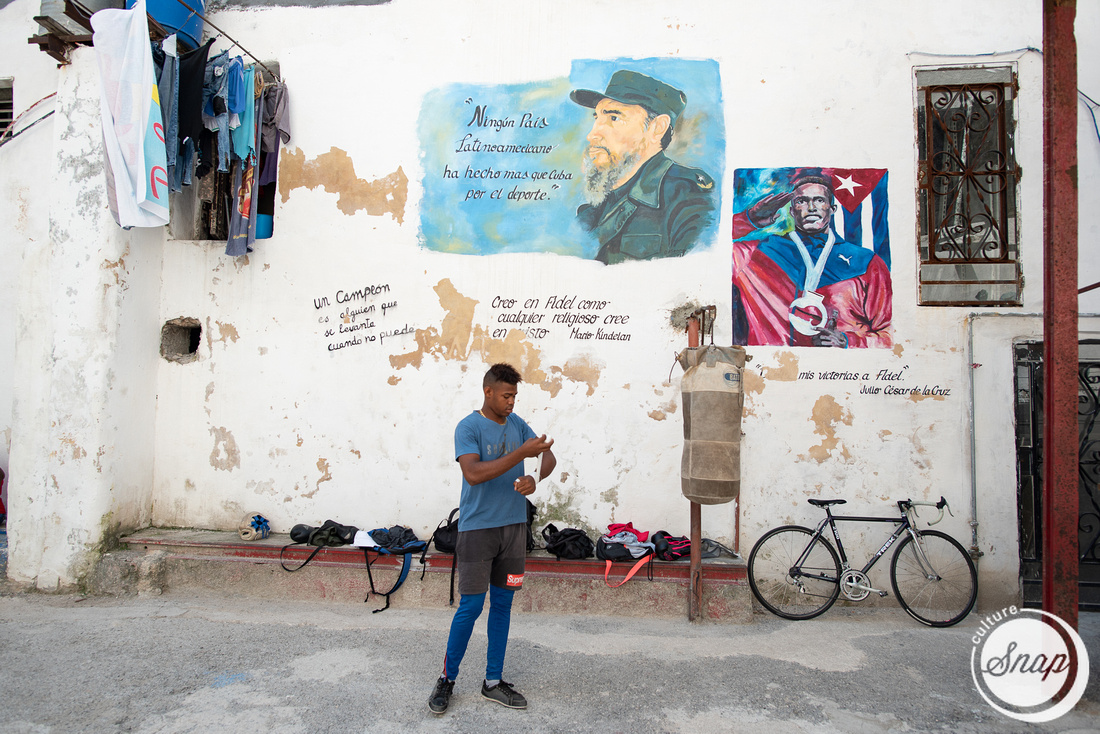 And gave us a final one-two punch for the camera. Many thanks to the boxers, the coaches, and to Alfredo Sarabia for allowing us to be there with them.

This is the second of several bog posts I am doing from my visit to Havana. To see the first, about a ballet school and synagogue visit, please click here.

Thanks for looking and stay tuned for more!