In early 2018 I entered a contest called Picture 2050. The contest encouraged participants to consider what Toronto could be like in the year 2050, and to reflect that in their photo submissions.

Picture 2050 was organized by the Toronto Climate Action Network, The Atmospheric Fund, and Transform TO. The organizers' aim was to both inspire Torontonians to become more engaged on environmental issues, but also to motivate Toronto City Councillors to dedicate actual money to Toronto's Climate Plan. The Climate Plan is a great document on paper, but until early 2018 no city money had been dedicated to bringing it to life. 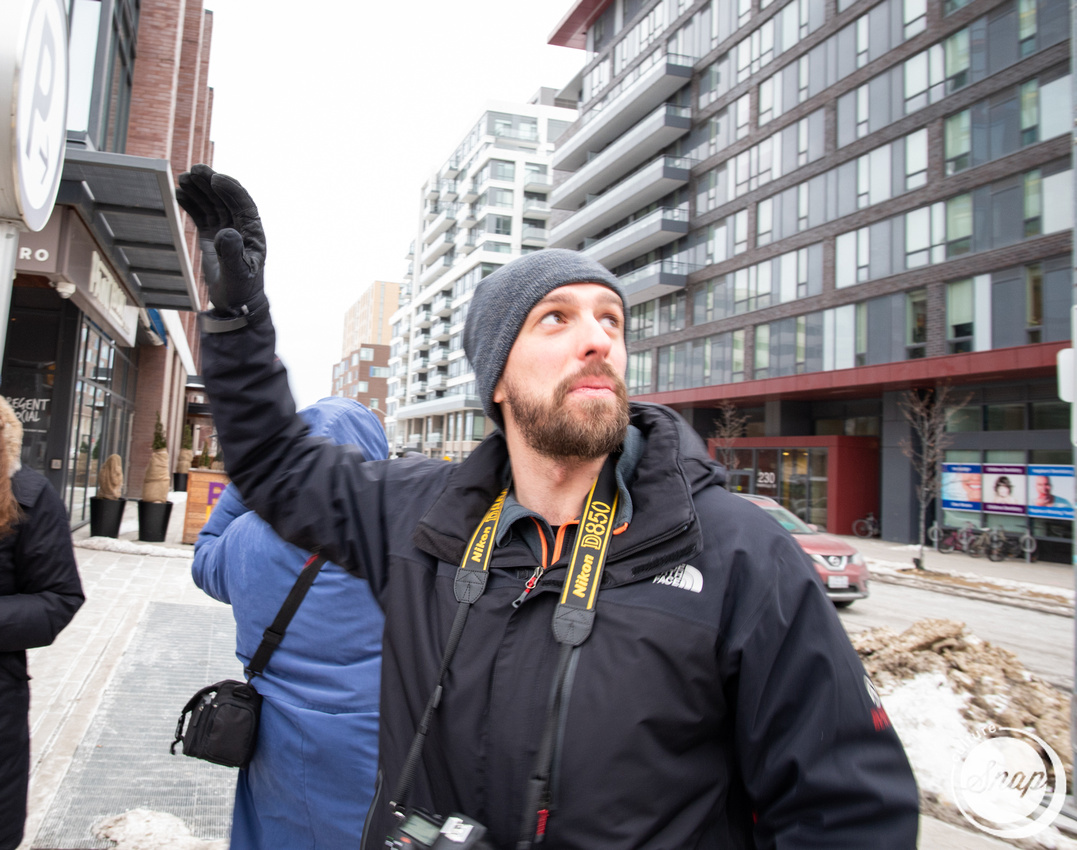 The contest organizers hosted a photo walk in Toronto's dynamic Regent Park neighbourhood, led by talented nature and environmental photographer David Coulson (who I've since learned, like me, partners with Photographers Without Borders). David led a workshop on storytelling through images and then took participants on a photo walk through Regent Park to apply what we learned. Hopefully we would generate some worthy images for the contest in the process. 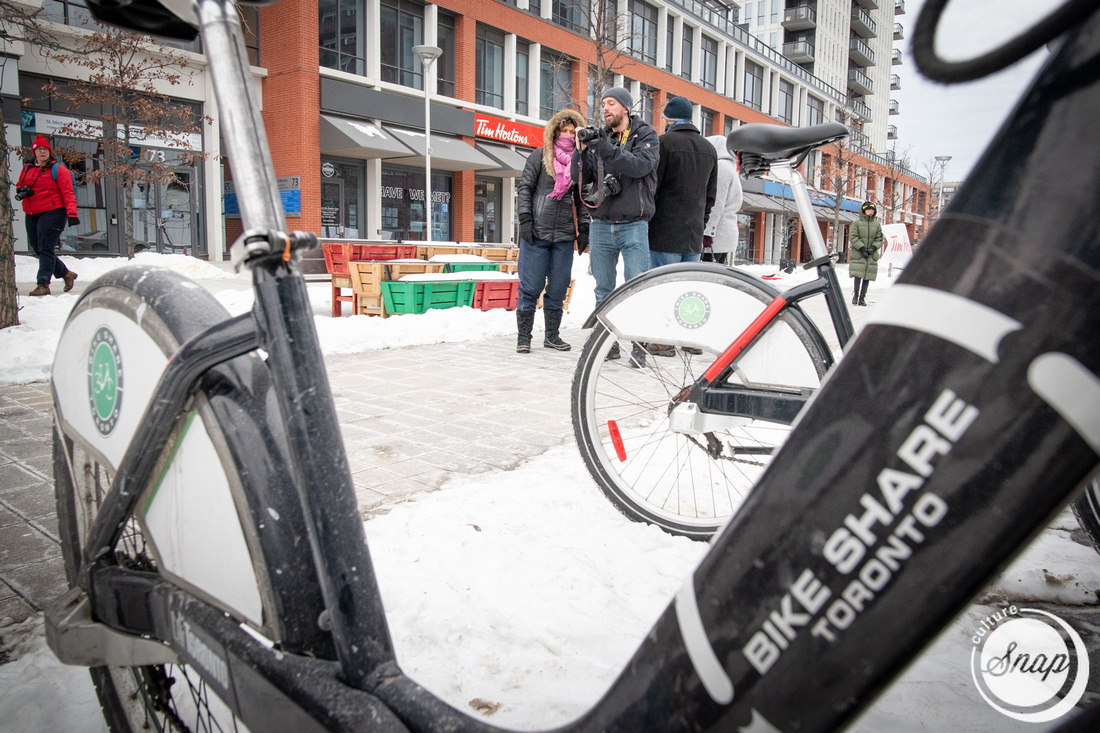 The photo walk was a very enjoyable experience. It was a cold winter day but that didn't stop any of us from getting out there and enjoying creating images. 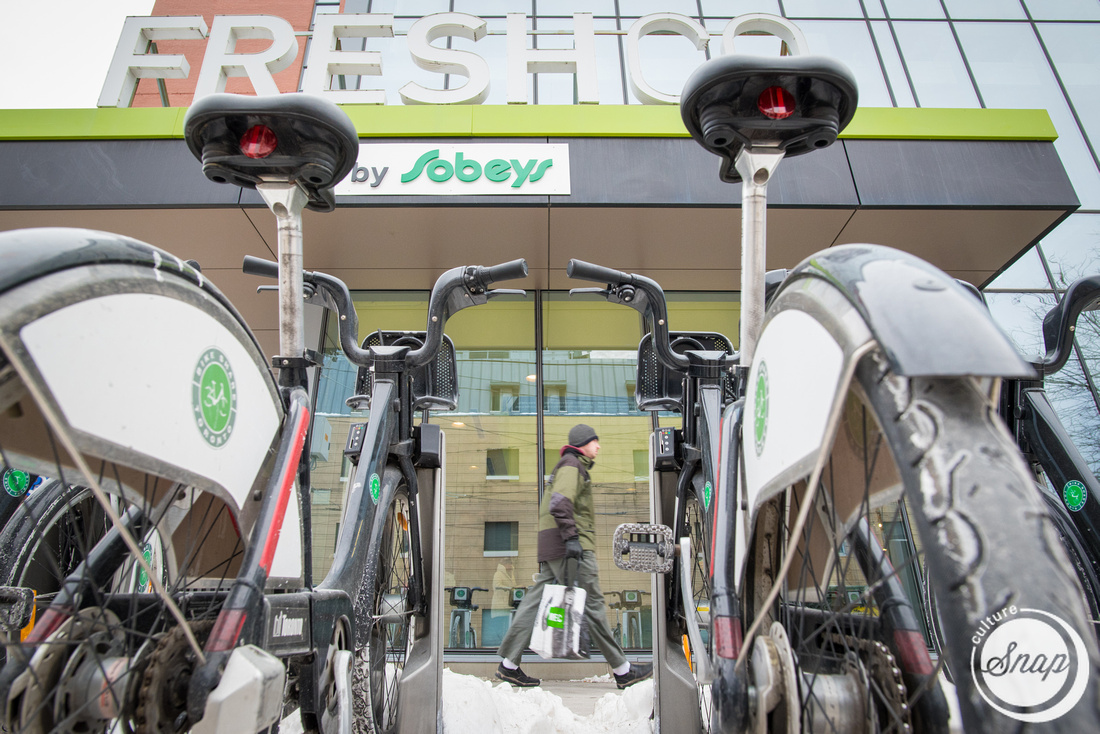 - Fresh Food, Fresh Air - one of my submissions to Picture 2050, taken during the photo walk

After the contest closed, I learned by email that one of the images I had submitted was selected as an "honourable mention" in the contest. My image would be displayed in Toronto City Hall for a week - a week leading up to, or during, the budgetary process. The intent was to influence City Councillors as they allocate city finances. 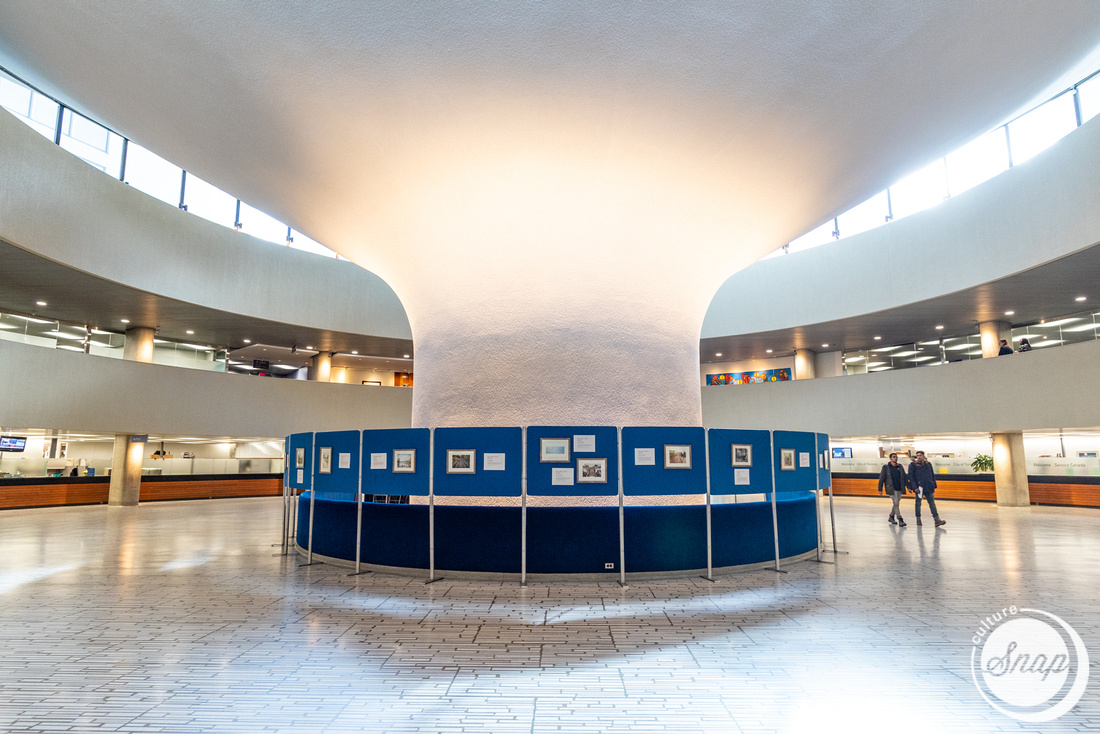 I managed to catch the City Hall exhibit, and was pleasantly surprised to find that not just one but three of my images were on display in the exhibit. 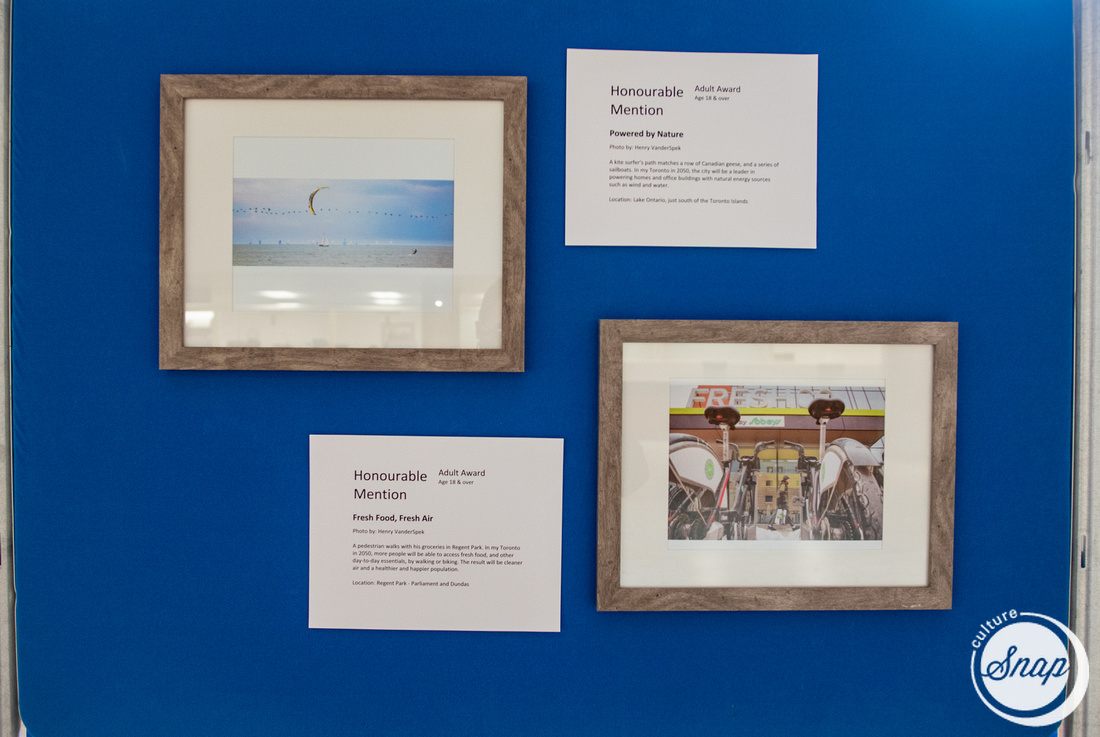 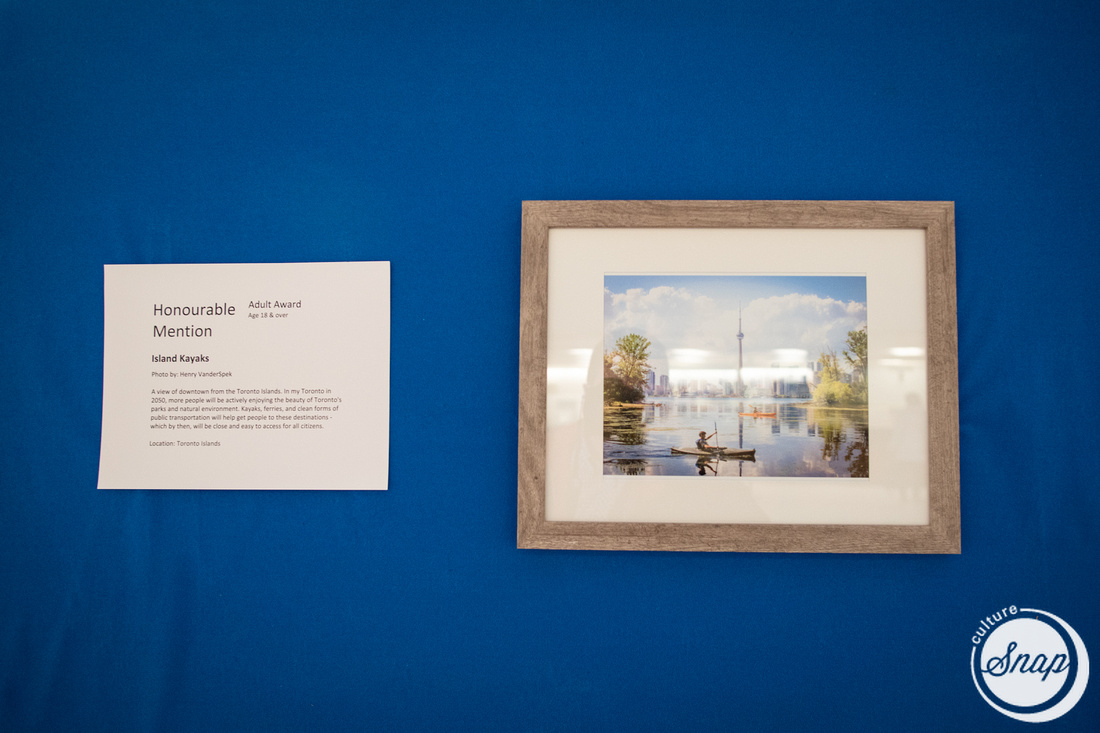 - Three of my images on display at Toronto City Hall.

On February 6th I attended the reception at the City Hall Member's Gallery. It was a lovely night hearing from organizers and celebrating all who participated, as well as those who won awards. While there I was invited on stage to receive a certificate for my image submissions. 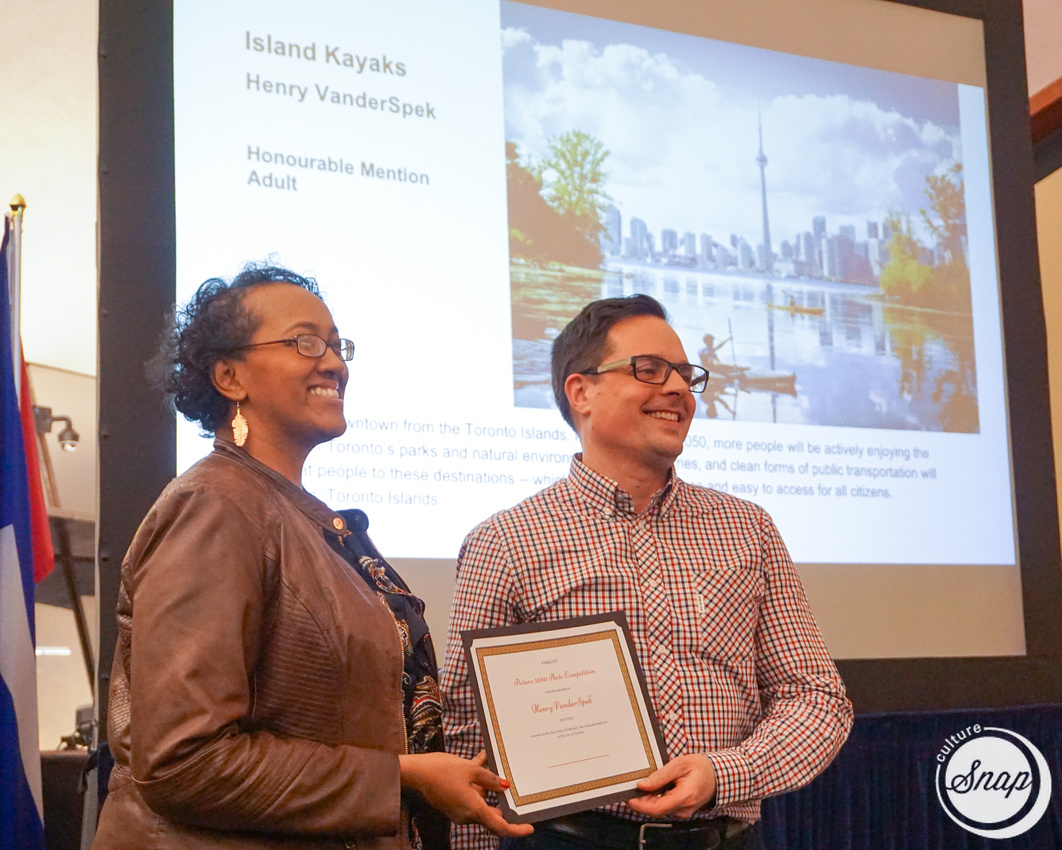 - Yours truly, receiving a certificate for participating in the Picture 2050 photo contest (Photo by Sammy Younan)

Thankfully some good results came from the voices expressed through Picture 2050, and from the many other groups who have been advocating for change in Toronto, as shared by Diana Yoon in this summary about the contest:

To see the winning and finalist images of the Picture 2050 contest, click here. To see images from the reception, click here.

Any time of the year is a good time to get active for a better environment. Check out some of these great organizations (not all are affiliated with Picture 2050) to do just that!

Join a campaign, become a volunteer, sign petitions and donate. Do something good for our world!

I will close with one of my images from the contest. May it inspire your vision of Toronto in 2050! 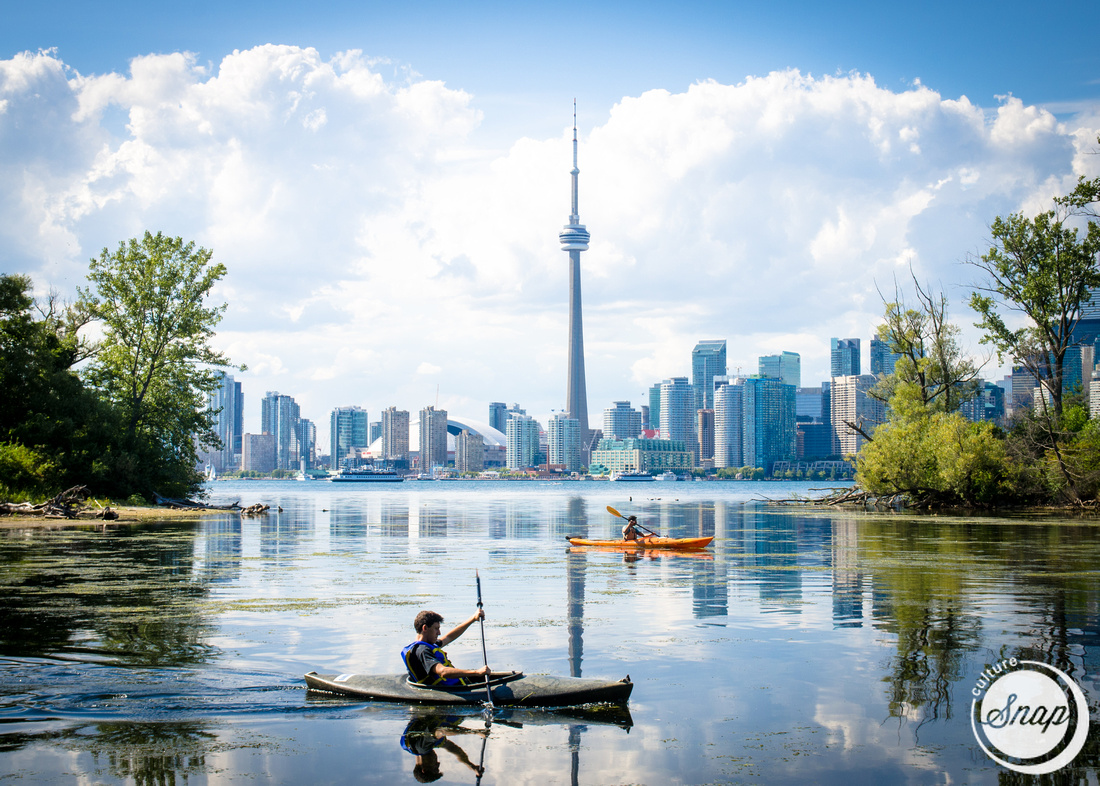 Island KayaksA view of the city from the Toronto Islands.<br/>This image was selected as an Honourable Mention in the <a href="http://picture2050.ca/" target="_blank">Picture 2050</a> photo contest.<br/>To read more about the contest, you are welcome to view my blog post here.